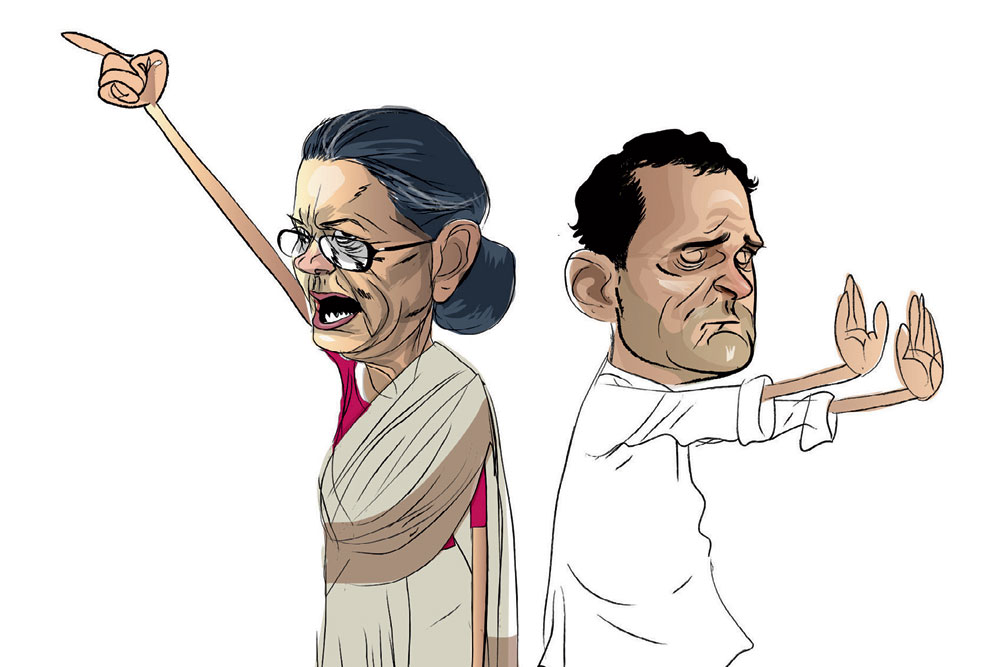 
G23, or the group of Congress dissenters, is getting increasingly restless over the likely outcome of state Assembly elections on May 2nd. A prominent lawyer wants the disgruntled party leaders to announce the formation of a new political party and hold parleys with Nationalist Congress Party chief Sharad Pawar, as well as with Trinamool Congress’ Mamata Banerjee and DMK’s MK Stalin in case Banerjee and Stalin win in their respective states. But it is learnt that some of the G23 dissenters feel that the formation of a new party is risky. Instead, they are keen on approaching the Aam Aadmi Party, Bharatiya Janata Party (BJP) or Samajwadi Party for accommodation. Congress President Sonia Gandhi, too, has come to know about the situation but has decided to remain silent.

BJP leader Ladu Lal Pitlia wanted to contest the Sahara Assembly seat for the upcoming by-elections in Rajasthan. But the BJP leadership nipped his request in the bud. The episode miffed Pitlia enough to issue statements against the party. This is where Prime Minister Narendra Modi and Home Minister Amit Shah’s network helped. Pitlia is from Karnataka and has business interests in Bengaluru. A Member of Legislative Council (MLC) of BJP based in Karnataka, considered to be close to Modi and Shah, is said to have resolved the crisis. The Karnataka crisis manager rushed to Jaipur to meet with Pitlia and convinced him to have patience. Subsequently, Pitlia issued a statement in favour of Modi and BJP.

Prattle But No Practice?

In Rajasthan, which is headed for by-elections, Karni Sena has become a major headache for BJP. Karni Sena has opened a front against Leader of Opposition Gulab Chand Kataria over his controversial statement on warrior king Maharana Pratap. The Karni Sena members protested at the state BJP office and smeared ink on Kataria’s poster. Though Kataria has publicly apologised, BJP leaders believe the party’s Rajput votebank will be affected. So, the BJP central leadership wants to resolve the issue as early as possible.

Violence and Its Aftermath

On April 10th, a clash broke out between the locals and paramilitary forces at Sitalkuchi in the Cooch Behar district of West Bengal resulting in the death of four civilians. The incident has sparked several questions. First, why was there no footage of the incident? It took place in a polling booth where mobile phones were banned, but some video footage was still expected from outside the booth. Strangely, there was no footage. Second, was the paramilitary force CRPF or CISF? Third, the names of the deceased were differently published in the media. Why?

In the West Bengal elections, Prime Minister Narendra Modi’s ‘Didi, O Didi’ address to state Chief Minister Mamata Banerjee has gone viral. A section of the Trinamool Congress (TMC) leaders said it showed disrespect to ‘Didi’ Banerjee. The buzz is that Modi has his own strategy as he himself admitted at a meeting that he found several children of Bengal following him with the ‘Didi, O Didi’ chant, implying they now wanted an answer from Banerjee on what she has done for Bengal.

Why was poll strategist Prashant Kishor holding a meeting with senior journalists? Did he take clearance from his client Mamata Banerjee? Again, who leaked the audio tape? Is it a master strategy by BJP IT Cell head Amit Malviya? Was the journalist who leaked the conversation a BJP mole? For his part, Kishor has reacted sharply by saying it was a selective leakage. He said despite Modi’s popularity and other factors, BJP will get less than 100 seats and Banerjee will form the government. 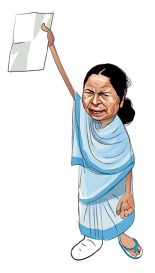 Following Covid-19 vaccination, a certificate is provided by the Government. In this certificate, along with the national emblem, there is a photograph of Narendra Modi, which has peeved the West Bengal government since Modi is the star campaigner for BJP in the state elections. So Chief Minister Mamata Banerjee’s government complained to the Election Commission, which duly ordered the certificates in West Bengal to be printed without Modi’s face.

On April 13th, Mamata Banerjee staged a dharna in Kolkata since the Election Commission restrained her from campaigning for 24 hours for her remarks against the Central forces and a statement which had alleged religious overtones. Banerjee took written permission from the police since the site of her protest belonged to the defence ministry. Kolkata Police sought permission from the defence ministry and the latter didn’t object even as Banerjee sat on a dharna against the Centre and the Election Commission. Apparently, the Union Government believed that in case permission was denied, it could have complicated matters.

Indian Council for Cultural Relations (ICCR) President Vinay Sahasrabuddhe and Principal Economic Advisor in the Ministry of Finance, Sanjeev Sanyal, recently visited Kolkata on a ‘secret’ mission. In the ICCR Kolkata office, they met book publishers of the city and discussed pending issues. The duo heard out the problems plaguing publishers—from GST to financial assistance for the Raja Rammohun Roy Library. But the book publishers’ guild is still unable to fathom why this meeting took place at all. Even when there was no politics on the table, the timing of the meeting in the midst of elections has generated much interest.