A case of vaccination certificate 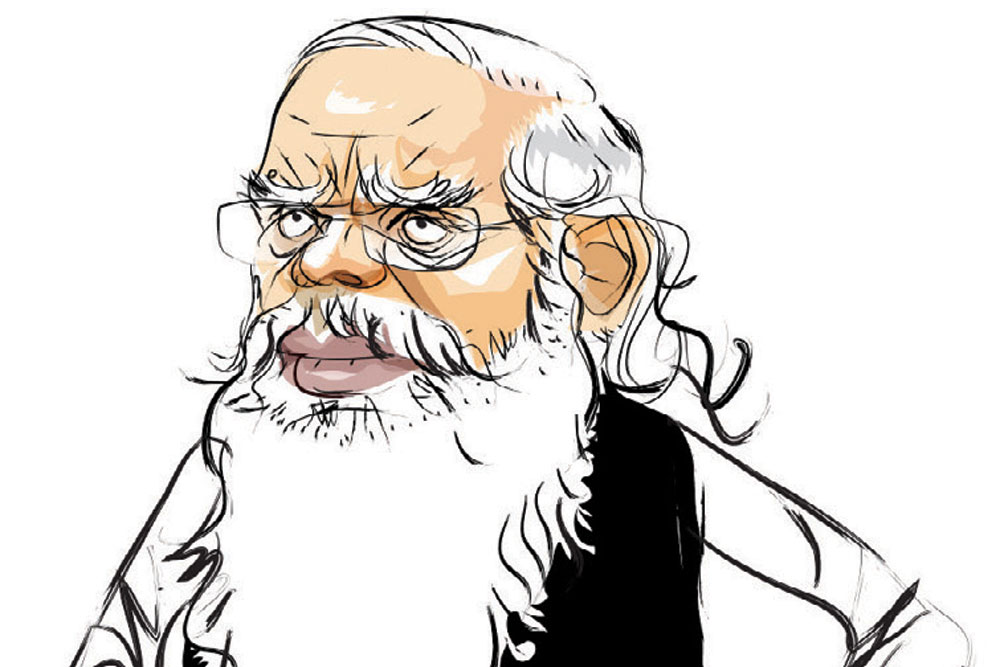 
When Prime Minister Narendra Modi went to the US to meet President Joe Biden, several senior Indian journalists also travelled to cover the trip independently. On reaching, some of them faced trouble because officials there were not accepting the Covaxin vaccination certificate; only Covishield was recognised. The Prime Minister’s Office (PMO) intervened and said, if necessary, India would give diplomatic immunity to those journalists.

The mess in Punjab for Congress is showing no signs of settling down. Many blame it on Rahul Gandhi’s tendency to say different things to different people. Navjot Singh Sidhu’s team is claiming that he was promised to be made the chief ministerial face in the coming election. When Amarinder Singh, as he stepped down, said Sidhu was anti-national, Congress and the Gandhis panicked and chose Charanjit Singh Channi. Sidhu saw his adversaries being inducted into the new cabinet and resigned in a huff.

Shiv Sena leader and Maharashtra Chief Minister Uddhav Thackeray still maintains a good relationship with Narendra Modi, and so keeps his line open with the Bharatiya Janata Party (BJP). On the other hand, the Enforcement Directorate (ED) is now active against the Shiv Sena leaders. The latest was charges of corruption against Sena Member of Parliament Anandrao Adsul. Another state minister, Anil Parab, was also questioned by them. Sanjay Raut, editor of Saamana, also got a notice from ED. This is said to be part of BJP’s carrot-and-stick policy to break the coalition between Sena, the Nationalist Congress Party (NCP) and Congress in Maharashtra.

After Narendra Modi announced the celebration of 75 years of Indian Independence, Azadi Ka Amrit Mahotsav, Rahul Gandhi tweeted ridiculing the event saying that it was being done at a time when hatred was being deliberately spread in the country. Many in Congress think that criticising the event could be counterproductive because it is not a BJP programme, but a Government one that evokes the nationalist spirit in people.

Lok Sabha by-elections are due in several states but in most cases, it is being decided on local issues and dominated by states. The Narendra Modi factor is not a determining one. This leads to a problem, especially in West Bengal, for them in the seat vacated by Babul Supriyo who has joined the Trinamool Congress. If the Speaker accepts his resignation, the election will have to be held immediately and Trinamool might win it. They face similar issues in Himachal Pradesh and Uttarakhand too. But by-elections can’t be postponed indefinitely either.

Before the Uttar Pradesh election, Bharatiya Kisan Union leader Rakesh Tikait, who led the agitation against the farm laws, is now in great demand. Samajwadi Party chief Akhilesh Yadav wants to rope him in, but other politicians are also in queue. Already, he has visited West Bengal and met Trinamool Congress head Mamata Banerjee. Rashtriya Lok Dal, the party of the late Ajit Singh, also wants his support. Tikait has, however, said his organisation would remain apolitical.

Lalu Prasad, leader of the Rashtriya Janata Dal (RJD), is unwell and the party’s actual control is now with his son Tejashwi Yadav, who is trying to expand its social base from Yadavs to the upper castes too. He is, however, still planning to highlight the issue of the BJP’s reluctance to hold the caste census. He has realised that it is an issue that cannot be ignored and it is more important to consolidate RJD’s caste base before expanding it.

Chandra Kumar Bose, grandnephew of Subhas Chandra Bose, has got a special invitation to attend the 72nd anniversary of the founding of the People’s Republic of China. He was removed as vice president of BJP, but remains a party member who has differences with the state unit. The question being asked now is whether he is part of a silent track-two diplomacy with China and if that is possible unless he was still in favour with the higher-ups in BJP.