It is critical for the prime minister to refresh governance 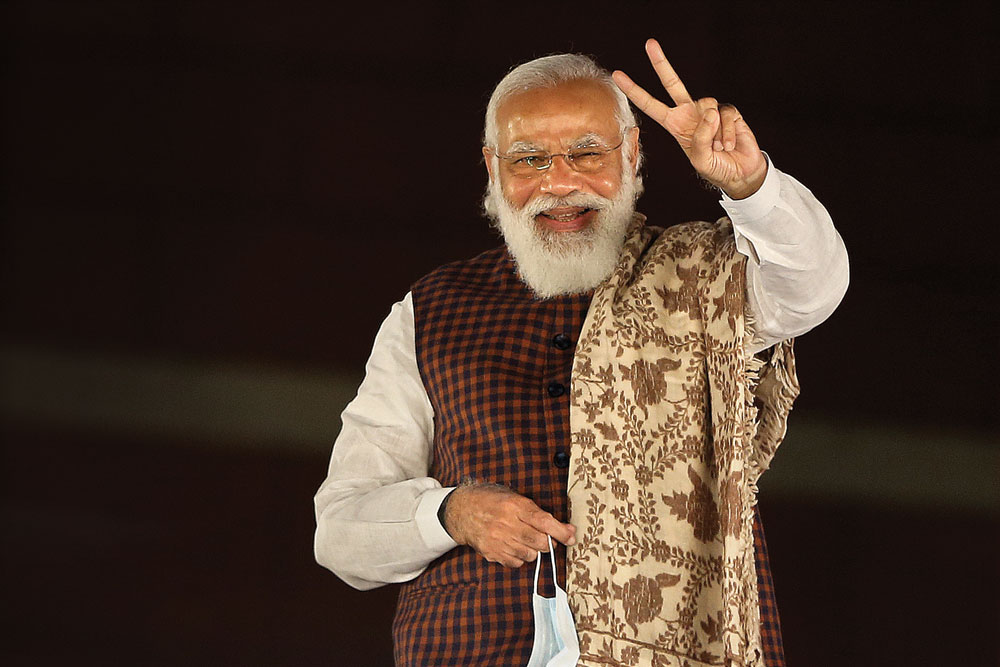 WHEN NARENDRA MODI walked into Parliament for the first time as prime minister-designate on May 20th, 2014, he prostrated on its steps leading up to the House.

It was a conciliatory gesture to the old established order that, with minor interruptions, had ruled India for 67 years. Modi was in effect saying: I’m new to Delhi; I know the elite still think of me as a mere chaiwala; but with the Lok Sabha election over, we need to put aside our differences and cooperate with each other to create a new India.

The reaction was swift and dismissive. The old political elite, smarting from the defeat of the 2014 Lok Sabha election, sneered at Modi’s rustic ways. When Modi put on a personally monogrammed pinstriped suit, Congress leader Rahul Gandhi mocked him: “suit-boot sarkar.”

Modi 1.0 was still burdened with self-doubt. The old elite treated him with withering contempt. By 2018, it was clear that Modi had not changed Lutyens’ Delhi even though his ministers now occupied large swathes of it. But Lutyens’ Delhi was never about real estate as about a bent of mind.

Modi 2.0 emerged as a changed leader after winning a landslide in the May 2019 Lok Sabha election. Major Bills were tabled and passed in Parliament: the Jammu and Kashmir Reorganisation Act, 2019; the Citizenship (Amendment) Act, 2019; and the Muslim Women (Protection of Rights on Marriage) Act, 2019, riminalising triple talaq.

The Covid-19 pandemic reversed the momentum abruptly. The CAA rules, two years later, have still not been notified. J&K is a halfway house. Movement on a Uniform Civil Code (UCC), despite a nudge by the Delhi High Court on July 7th, 2021, remains in limbo.
The new mega Union Cabinet presages Modi 3.0. With less than three years to go for the 2024 General Election, Modi faces three clear challenges: Covid-19, the economy and governance.

The new health minister, Mansukh Mandaviya, will have to ramp up vaccine availability on a war footing to meet the Government’s target of inoculating the country’s entire adult population by December 31st, 2021.

A third wave, or a surge in the second wave due to Covid-negligent behaviour by the public, holidaymakers and yatris, could yet upend India’s battle against the pandemic.


BJP is acquiring the traits of the old elite. In UPA, the Gandhi family and acolytes called the shots. Now, the prime minister, the home minister and a few insiders decide key policies

But Modi 3.0’s key task is the economy. The prime minister has not picked his finance ministers well. Arun Jaitley was a status quoist. Nirmala Sitharaman is no reformer. Modi’s own instinct is to rely on bureaucrats in a PMO-centric Government.

Modi 1.0 and 2.0 focused on welfare and delivery: financial inclusion, health insurance, electricity, gas, water, roads, toilets and digitalisation. The production-linked incentive (PLI) scheme is possibly the Government’s most innovative economic initiative. It has the potential to transform India into an export manufacturing hub even as China’s labour costs rise and draconian new rules by Beijing drive foreign companies to diversify their production bases and supply chains out of China.

The Bharatiya Janata Party (BJP) is already acquiring some of the traits of the old elite. In UPA 1 and 2, the Gandhi family and a tight circle of acolytes called the shots. In the Modi Government, the prime minister, the home minister and a few insiders decide key policies.

Members of the old Congress-led Lutyens’ elite had humble origins. They climbed up the greasy social, economic and political ladder, rung by slippery rung, till most had obliterated all evidence whence they had emerged.

Who after all remembers that Congress’ interim president, now living in a Government-owned Lutyens’ bungalow valued at over Rs 500 crore, was sent off to England to study English 57 years ago, aged 17, by a family whose humble means mirrored Modi’s own?

I wrote in 2015, at the end of Modi’s first year as prime minister: “Lutyens’ Delhi is an idiom. Modi has tried to change that idiom of corrupt power brokers, complicit media and the beady-eyed politicians who preside over this toxic consensus. He hasn’t succeeded—yet.”

Time is not on Modi’s side: sixteen state elections in 2022 and 2023 loom before the 2024 General Election that will define Indian politics for a decade.