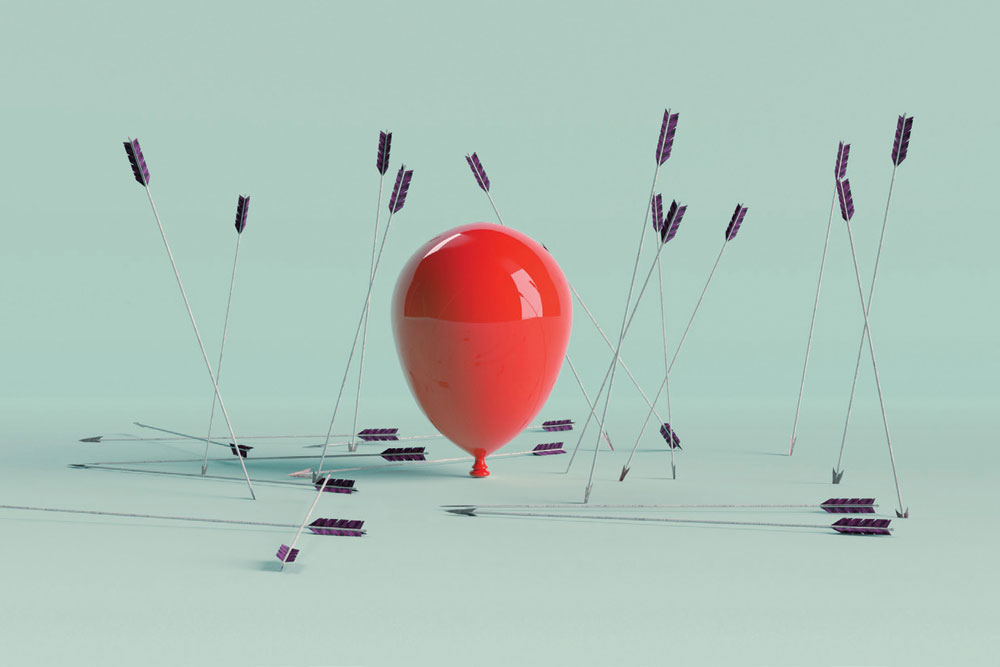 
I AM A COLUMNIST. I am also an un-guru; mostly I just know how little I know. As a result, I often feel like a fraud. A columnist should be someone who knows what they are talking about. That’s why people read them. But this columnist, Dear Reader, has an appalling track record when it comes to knowing stuff.

I’d predicted Brexit wouldn’t happen. It would be close, sure, I’d told those who fretted about the referendum, but sense would prevail, if narrowly. Well.

When it came to Trump’s run on the presidency in 2017, I reassured everyone that there was no way the US would elect a crazy, orange person. Well.

Then there was the Covid epidemic. I’d been living in China in 2003, when the SARS epidemic had raised the spectre of a global pandemic. But that had blown over within months. And I recalled my time in Beijing during SARS quite fondly, as a period free of traffic jams. I was an Indian, and we were on intimate terms with myriad viruses. They didn’t panic us. I’d airily dismissed Covid, in the days that it was still known as “the novel coronavirus,” as a flash in the pan. It would flare, briefly, and then, SARS-like, die out. Well.

I was also convinced that Putin wouldn’t actually invade Ukraine. And in 2018, I wrote a piece predicting that despite Indian Prime Minister Narendra Modi’s best efforts, India was simply not suited to authoritarianism. That debate and contestation were existential for our country. Ultimately, I argued, despite its seductive visions of discipline and infrastructure, the “China model” would only have limited cachet in India, because it did not present robust solutions for managing dissent and diversity. In India, I asserted, we valued our pluralism too much. Well.

All of the above goes to demonstrate that I am a sub-par pundit, but also that the practice and performance of punditry in general is flawed. One’s predictions are invariably as much about one’s own predilections and biases, as they are about the things being predicted.

Punditry is easy. What’s harder is the inner work of deconstructing your implicit norms. Of admitting that you come to your conclusions not just because you have studied the facts but also because of your proclivities and your limitations.

I may not have a glorious track record as a pundit, but the fact is that I’m in some good company. The Titanic, you see, was an unsinkable ship. The fall of the Berlin Wall had spelled The End of History. And the Coming Collapse of China has been coming for the last 20 years.

To be fair to myself, I did get it right on China. In my 2008 book, Smoke and Mirrors, I concluded that analysts peddling either China’s inevitable collapse, or inevitable democratisation, were trapped in ideologically constrained thinking. For me, the empirical evidence (I had lived in Beijing for seven years by then) pointed to stability—with the Chinese Communist Party (CCP) at the helm.


To be fair to myself, I did get it right on China. In my 2008 book, Smoke and Mirrors, I concluded that analysts peddling either China’s inevitable collapse, or inevitable democratisation, were trapped in ideologically constrained thinking. For me, the empirical evidence pointed to stability—with the Chinese Communist Party at the helm

Many Western critics saw China’s party-state as unable to function effectively as a result of chronic corruption and the inconsistencies between its (relatively liberal) economic policies and (relatively authoritarian) politics. But given my Indian background, what struck me wasn’t the sclerotic nature of the Chinese state as much as its embrace of pragmatism and willingness to experiment with new ideas.

My implicit norms were Indian, and these allowed me a different interpretation of China at the time than my Western foreign correspondent colleagues. The latter tended to automatically ascribe all of China’s ills to the authoritarian nature of its political system. But I came from a developing democracy and was uncomfortably aware of how little this achievement had translated into better governance or less corruption. From the impunity of the powerful and the patchy application of the rule of law to environmental destruction and yawning income inequalities, India’s challenges either matched, or were worse, than China’s.

In the China case, I was able to avoid the confirmation bias that is often responsible for off-the-mark punditry. Every human brain is a library of assumptions about how the world works and we tend to gravitate towards those that confirm these beliefs. A case in point—my conviction that no one was going to elect an orange narcissist to the post of most powerful man in the world.

If a story doesn’t fit our beliefs—for example, China is authoritarian but successful—it feels dissonant. And punditry, as much as the pundit doth protest, is as much about feelings and emotions as it is about facts.

A number of studies have demonstrated that the predictions of experts in politics and economics are only slightly better than a random guess, and much worse than those of statistical models. In his 2005 book, Expert Political Judgment, University of Pennsylvania psychologist Philip E Tetlock tested 284 experts in political science, economics, history and journalism, involving 27,450 predictions about the future. He concluded that they did little better than “a dart-throwing chimpanzee”.

Somewhat bizarrely, the general public continues to invest faith in experts regardless of how wrong they may have proved to be time and again. And the pundits themselves rarely find it discomfiting to be wrong.

Instead, they insist that they were just off on timing (I can well imagine when CCP implodes 50 years down the line, a gaggle of analysts rising from their graves to triumphantly claim that they had been right, only a “little” ahead of the curve), or blindsided by an improbable event, or wrong for the right reasons. Experts seem no more inclined than anyone else to revise their beliefs about the way the world works regardless of the evidence. These beliefs are sticky and likely to be held on to, even as contradictory facts are discarded.

Which is why it’s important for experts to familiarise themselves to a diversity of implicit norms. Just knowing about the US will put someone at a disadvantage in understanding China, for example, compared to another person who is familiar with the US and India and Kenya and Brazil. The more points of comparison one has, the more likely one is to take opposing viewpoints into consideration and to update beliefs in the face of new evidence.

All of which brings me back to my “idea of India” as a uniquely pluralistic, multi-religious and tolerant civilisation. Do I need to discard it in the face of facts? Ignoring the undiminishing popularity of Hindutva would be positively ostrich-like. And I am increasingly leaning towards accepting that the old narrative of what defined our country—Hindu-Muslim unity among other tenets—lacks buy-in from too many citizens to remain viable.

Ergo, I probably need to update my beliefs. Although, if I’m honest, it would be easier to maintain my always-off-the-mark, “bad guru” reputation and predict the revival of an India of dialogue and diversity, phoenix-like from the ashes of the current dispensation. Like most people, I remain unvaccinated against confirmation bias.