India needs a non-JNU—but not based in Delhi please 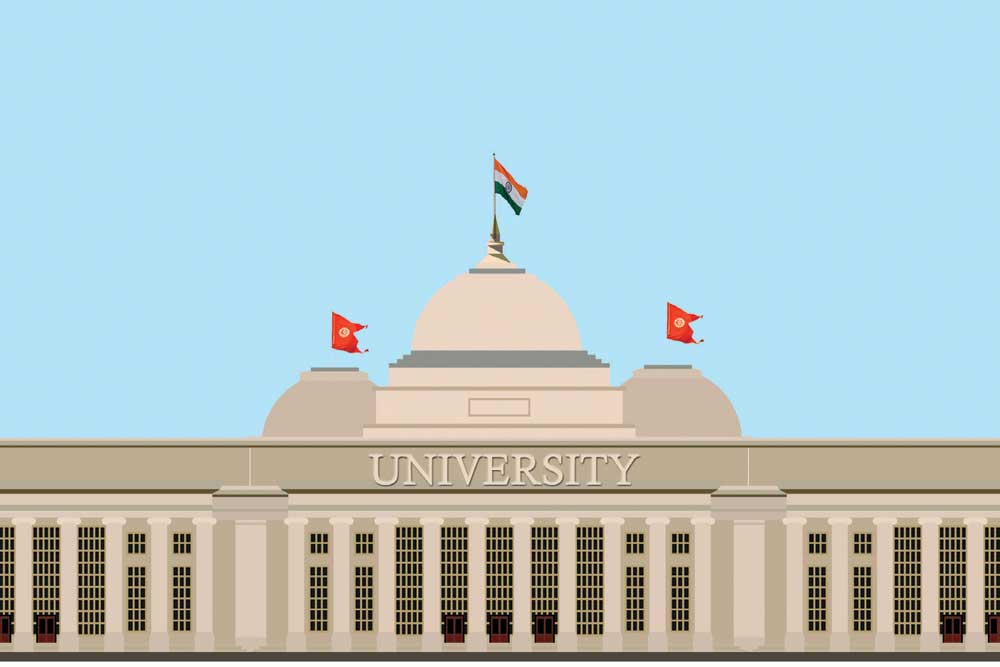 THE INDIAN MEDIA and commentators, both in the press and on TV, were ‘surprised’ that Trump won. In this matter, they were one with the New York Times, Washington Post , CNN, Huffington Post, The Economist and dozens of you-name-its in the West. This is in keeping with a long tradition where our knowledge of the West is derived from official and/or mainstream sources within the Western establishment. We do not bother to develop an independent point of view. What is even more troubling is that our knowledge of other societies too derives from Western academia and media. Consider, for example, our knowledge of China or Japan or Indonesia—almost always based on Western scholarship. Of course, some would say that even our knowledge of India is largely derived from Western sources—what else is Orientalism about? And Orientalism today flourishes in Western discourse with a left-liberal shading as against the 19th century Whig-liberal shading.

Be that as it may, as India under its new leadership tries hard to establish salience in the wider world, and more importantly, tries to leverage such salience in order to move towards prosperity, it is very important that we start developing an independent—or to put in plainly, ‘our own’——view of other countries. A valiant attempt was made when Jawaharlal Nehru University (JNU) was set up to create a serious intellectual tradition of International Studies in India. Tragically for us, JNU was hijacked by Marxists and crypto-Marxists who have chosen to view the world through the eyes of a 19th century German and his current acolytes, who remain scattered across all universities in the West. Again, we are the victims of Orientalism (or, more correctly speaking, of Western monopolies in knowledge creation and dissemination)— this time with a Marxist shading.

If Narendra Modi’s activist foreign policy is going to succeed and help him in his domestic agenda, then it is high time he got his HRD Minister to create a new university or institution focused on International Studies. Ideally, this can be a non-JNU, or even an anti-JNU! It should not be located in Delhi. Free India’s institutions located outside the capital (such as the Atomic Energy Department in Mumbai and Space Department in Bangalore) have done far better than Delhi-based organisations which suffer from the risk of darbari capture. I would choose coastal maritime Vizag or Chennai or Goa or even an internationally-oriented Bengaluru— away from the land-locked suffocation of Delhi. The purpose of this institution would quite simply be to ‘reverse the gaze’, to use Dipesh Chakravarti’s expression in an altered context. We are tired of reading about other countries through lenses that don’t work for us. More importantly, the lenses seem to be defective. We never saw any Western study in 1987 suggesting the collapse of the Soviet Union. Therefore, dutifully, JNU and the Indian Foreign Service never thought of it even as a remote possibility. The loser was India—as Narasimha Rao had to scramble for a response in the face of strange events that rapidly overtook the world. Similarly, we are all now trying desperately to figure out what Trump may mean for us. Contrast this with the Chinese, who were, for reasons of their own, never enamoured of the liberal media of the West and who seem to be calmly and soberly getting ready to ‘make deals’ with Trump, and more subtly, take advantage of fissures within the Western establishment.

It is not as if alternate points of view were not available. George Packer’s brilliant piece was unexpected in the New Yorker, of all places. But it did arrive before the US presidential election and it gave a sober view of the middle American conundrum which was so central to Trump’s victory—or at least that’s what the pundits now admit, as reluctantly as they possibly can. As it turned out, the Hindu Coalition for Republicans was spot on in its prediction. The coverage given to this organisation on Indian TV channels suggested that these folks were comic nuts. In fact, more coverage was given to left-wing demonstrators outside the meeting than was warranted. The fact is that sometimes (not just sometimes, many times) a grassroots Indian entrepreneur from Illinois may have more and better insight to offer us than academics living by the Charles River who show off their posh accents.

SO WHAT WILL this institution for International Studies do? It can and should develop an alternative view of foreign societies with Indian perspectives and Indian interests in mind. It should start by developing thought leadership apropos of countries in our neighbourhood. As an example, it could advocate an alternate intellectual point of view to the current State Department-led ridiculous criticism of Prime Minister Hasina in Bangladesh. She is rightly hanging murderers who were responsible for genocide. And yet, the Western academic and journalistic establishment (think Economist, think BBC) are busy with nitpicking criticism of the process of the trials. Sri Lanka is another interesting case. Canada has a large expatriate Sri Lankan-Tamil population. In order to pander to these voters, the Canadian establishment leads a charge against the Sri Lankan government of human rights abuses during their civil war—a war, mind you, waged by one of the most cruel and inhuman terrorist organisations of recent times, the LTTE, which routinely used children as human shields and as slave soldiers. It might be helpful to publish a comparative study of Sherman’s march from Atlanta to the sea during the American civil war and the relatively mild and benign behaviour of the Sri Lankan army. Canada is one country that we badly need to study outside-in. Not only did the Canadian government wink and nudge giving support to Khalistanis, but it may have actually deliberately botched up the Kanishka investigation. We need to understand why Canadians behave so foolishly and what leverage we can exercise so that in future they do not think they can blithely get away with insulting and actually harming India. Just as Canadian universities have an ‘Indian Studies’ , or worse, a ‘South Asian Studies’ department, our institution can have a ‘Canadian Studies’ department where we study them as an exotic and dangerous people. As an aside, our quiet acceptance of the expression ‘South Asia’, a fictitious expression created by American academia in order to pander to their Pakistani allies, suggests an uncaring attitude on our part. The person who gets to fashion the vocabulary very often gets to frame the argument and actually win it too. Let’s not forget that. There is no such thing as South Asia. There was and there is an India, an Indian peninsula, an Indian Subcontinent and so on. The rest is superficial rubbish. Consider Myanmar. One of my NRI friends in New York bases his views on the imaginative meanderings of the New York Times, Time magazine and the Economist. According to this friend, there is something called ‘Buddhist Fascism’ that is strong in Myanmar and which persecutes Rohingyas. My attempt to reason with him that there is an alternate point of view—that Rohingyas may be Bangladeshis crossing over porous borders—or, for that matter, that issues associated with Chakmas or Kashmiri Pandits or Rohingyas are part of a complex and ever-changing mosaic in the Indian Subcontinent (not in South Asia, please note) made at best a marginal impact. So strong is the ‘knowledge creation industry’ in the West that any attempt to present an alternate point of view is seen as somehow childish or anti-intellectual. It is this insidious monopoly that we need to kill.

Not having attended JNU and being constantly criticised by JNU- types has made Narendra Modi instinctively a more grounded and sensible person. He perceives the possibility of a ‘Buddhist link’ with Japan, the countries of Indo-China and even with our current adversary, China. He has demonstrated that the Gulf countries have a connection with India, which they understand much better than we do. And if only he had listened to the Hindu Republican Coalition members and not the Indian Foreign Service establishment, he might even have known in advance that Trump would win.

Now Modi needs to ensure that his instincts are properly served by an academic research body of our own that looks at our neighbourhood and at the world at large, not through lenses crafted in the West (lenses which in recent times have been either left-liberal or Marxist), but with our own lens, seeking our own sources of knowledge —can one suggest direct interviews and surveys in Jaffna, in Myanmar, in Illinois?— and with the mission to develop serious scholarship about foreign societies which can then help India in its journey.

The importance of scholarship in dealing with the world must not be underestimated. In the 17th and 18th centuries, the universities at Oxford, Paris and Heidelberg had established chairs in Persian, Sanskrit and Arabic. At that point in time, however rich we may have been (based on repeated leftist quotations of Angus Maddison), the fact is that there was not a single Indian academic studying Greek and Latin, let along English, French or German. This asymmetry in knowledge needs to be investigated as we try to understand the success of Western imperialism and the continued domination of the West in knowledge creation. This could be a joint project with our Chinese cousins— establishing that even as we disagree about Gwadar, Arunachal Pradesh and the NSG, there are some activities where we can benefit from collaboration.

I have previously argued elsewhere that the best resolution possible for JNU is to systematically starve it of funds. In retrospect, that seems like a churlish and destructive idea. The better idea is to establish a new university or institution far from Delhi, which actually helps us become purveyors of knowledge—not remain as exotic objects of studies by others.