The Coming Clash with the West 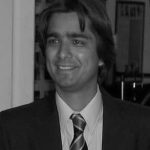 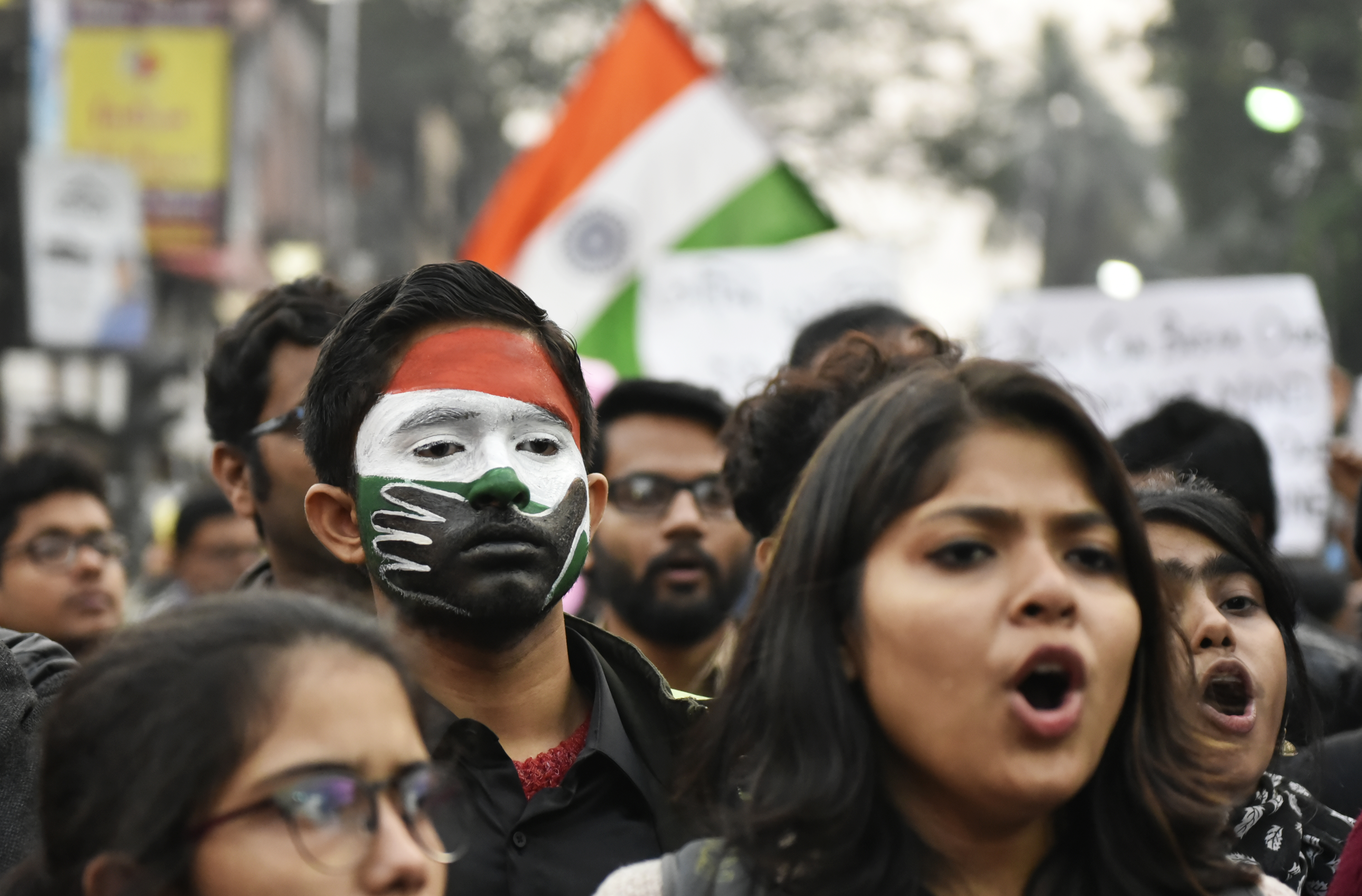 For Prime Minister Narenda Modi’s Government the verdict of the Western media on the abrogation of the Article 370 and the Citizenship Amendment Act (CAA) has been a particularly harsh one. Western columnists and TV commentators, sensitive when it comes to dealing with their own past, have had few qualms about throwing around epithets like ‘fascism’ in describing the elected Indian Government’s actions.

This emotionally charged discourse in the Western media went beyond critiquing the actions taken by the Indian Government. Most media reports seldom cared to look into the historical dimension of Article 370 or the actual text of the CAA.

Instead, for many of the European and North American commentators, the Indian Prime Minister was waging a war on diversity, inclusion and tolerance—the articles of faith for today’s Western elite. He was placed in the league of ‘dangerous populists’ that so terrify this liberal intelligentsia: namely along with US President Donald Trump, Russian President Vladimir Putin, Brazilian President Jair Bolsonaro and Israeli Prime Minister Benjamin Netanyahu.

Following Parliament’s approval of the CAA, The New York Times accused the Indian Government of acting like a dictatorial regime and angering India’s minority community by adopting ‘provocative policies.’ The newspaper declared: ‘As the government of India pushes increasingly provocative policies, it is using a tactic to stifle dissent that is more commonly associated with authoritarian regimes, not democracies.’

The sharpest rebuke came from German public broadcaster Deutsche Welle, which claimed that ‘India’s move to exclude Muslims from seeking a fast track to citizenship is blatantly discriminatory.’ The state-funded German broadcaster advised New Delhi to adopt a migrant policy akin to that of Chancellor Angela Merkel: ‘The new citizenship act shows us that India needs a refugee policy in line with international law, and not a law based on discrimination and dictated by an ideology that makes use of religion for political gains.’

Many Western mainstream news outlets talked of the Modi Government’s actions being ‘Islamophobic’ and equated the amended citizenship law to Trump’s ‘Muslim Ban.’

The Western media’s hostility to Modi is nothing new. He never particularly endeared himself to them in the first place. The accusations of culpability in the Gujarat riots of 2002 and his affiliation to the ‘right-wing nationalist’ Bharatiya Janata Party (BJP), deeply tarnished his image in the eyes of Western media commentators and the intelligentsia. But it’s worth asking: Where does this sudden outburst of Western hostility come from? Why now?

The simple answer is: It’s not about Modi, the BJP or even India for that matter. This, instead, has everything to do with the nature of the embattled public discourse going on in the West, the US and Western Europe to be precise.

To understand this hardening of Western attitudes today, we will have back up a bit. While Samuel P Huntington was prophetic in predicting the imminent clash between the West and the Islamic world, he did not foresee the defining conflict of the 21st century that would come to overshadow—if not supersede—the ethnic and theological clashes of today. That credit goes to British political analyst David Goodhart. Goodhart (in The Road to Somewhere) describes an emerging social rift in Britain (and applicable to most of the Western world), between two groups, the ‘Anywheres’ and the ‘Somewheres’. The Anywheres were primarily city-dwellers, politically liberal, globalist in outlook and well-educated. The Somewheres tend to live in small towns and close-knit communities, vote conservative or right-wing populist, and are often poorly educated. No individual fits neatly into one camp or the other, but the notions are useful in describing the emerging social trend.

The liberal dominance in shaping the media discourse and setting policy seemed firmly in place until the summer of 2016 when the ‘underclass’ refused to play along. In late June 2016, British voters rejected the liberal order by opting to leave the European Union. But the populist revolt was not yet complete; across the Atlantic, they placed Donald Trump in the White House a few months later.

Trump and his Democratic rival Hillary Clinton fit into this binary clash to the tee. For Trump, the ruling liberal elites for decades had been putting foreign interests before their own. “We don’t win anymore,” candidate Trump had told his disenchanted base. “We will start winning again like you’ve never seen before,” he declared and, with him in the White House, it would be ‘America First’.

For Clinton and her liberal supporters, Trump’s campaign was tapping into the racism of his supporters. The White working class rallying behind Trump were ‘irredeemable’ and would fit into a “basket of despicables,” as she had explained. The rhetoric was further ratcheted up once Trump took office, with Clinton and her supporters rallying under the battle cry of “resistance,” a term reserved in the Western context for Fascist regimes, but never applied to functioning democracies.

In today’s Western politics, primarily in Western Europe and North America, there is no wiggle room for the two warring factions, no bi-partisanship to forge a consensus—so prided by the US political class and the Franco-German architects of the European Union.

It is from this emotionally charged prism that the Liberal Western intelligentsia views the developments in India. For them, the scars of the 2016 Brexit vote and Trump’s upsetting presidential win are still fresh. The unexpected rise of right-wing populism across the West has rattled them to the core. Modi, for them, is another villainous populist cast in the mould of Trump, Bolsonaro and Netanyahu.

With a media landscape preoccupied with Brexit and Trump, there is little space for nuanced debate. For liberal Western commentators, nationalist leaders like Modi are ‘on the wrong side of history.’ Just like the troublesome ‘irredeemables’ at home, he and his politics are antithetical to their worldview.

Today’s globalists push their agenda on the world stage with a sense of moral superiority. Half a millennium after their European forefathers embarked on the project to colonise the world, Western liberals are on the cusp of a global moral crusade. In their eyes, their nation states have become obsolete in the wake of globalisation, and need to be superseded by transnational bodies. This approach can be summed up as ‘moral imperialism,’ a term used by Hungarian Prime Minister Viktor Orbán to describe Germany’s insistence on the right of passage for over a million migrants that had amassed at Europe’s southern borders in the autumn of 2015.

In pursuit of their worldview, globalists have moved the goalpost so far that mere talk of preserving one’s Western identity is now akin to fascism, and insistence on immigration controls a call to racism. An elite, traumatised by the trench warfare of the 20th century, sees national borders and ethnic identities as the cause of their past misery.

To these elites, the assertion of national or ethnic identity is anathema, particularly if the call originates from within their own societies. Their embrace of mass-migration and open borders is not only driven by humanitarian concerns, but also by a desire to replace their ‘narrow’ ethno-centric European identity with tolerant multiculturalism. German Social Democrat Thilo Sarrazin describes this phenomenon of European self-negation in his 2010 bestseller Germany Abolishes Itself (Deutschland schafft sich ab). “I don’t want to be a stranger in my own land,” he declared in face of mass migration.

While European assertions about the flaws of nation states may hold true for some of the countries carved up under the Peace of Westphalia, the 17th century treaty that divided up Europe to keep the squabbling kingdoms, city-states and principalities apart, it does not apply to civilisational nations like India, China, Israel or Japan. Indians, regardless of religious affiliation and ethnicity, are joined together by a share ancestry and common cultural heritage that go back millennia and are not defined by an arbitrary boundary.

There is another flaw in applying this Western yardstick to India. While European nationalism gave birth lto genocidal regimes, the nationalist struggles where means of liberation from European colonialism in India, southern Africa and parts of Asia. But with a self-indulgent West reeling under the shock of Brexit and Trump, these nuances are lost in translation.

However, the globalist position and its excesses have not gone unchallenged. Since 2015, numerous right-wing parties have sprung up all across Europe. This is the very force that ushered Trump in the White House and led to the Brexit vote.

In this context, some in India might argue, couldn’t this populist surge offset the globalist rage? Not quite.

In the short-run, the identity-based populism in the US and Western Europe has managed to tap into the popular angst created by the globalist outreach: unregulated immigration, erosion of national identity, attack of cultural values. These gains, however, are short-lived. Though the Brexit and Trump campaign have shown that upsetting victories are still possible, the general demographic trend in the West is flowing against the populists. The young electorate and the growing immigrant populations tend to vote for liberal and left-wing options, as compared to the demographically declining native populations from which the right-wing parties draw their support.

So, how is India to react in the face of this emerging reality? Toeing the globalist line is the easy way out. But if India were to insist on carving out its own destiny, New Delhi needs to brace up for more Western hostility. India’s self-assertion will come at the expense of its likeability in the US and European media, academic and intellectual circles. If Indians dare to chart their own course, they will need a thicker skin.

Vijeta Uniyal
Vijeta Uniyal, a writer based in Germany, is Distinguished Senior Fellow at the Gatestone Institute, New York

The Coming Clash with the West