With a long history of soothsaying, India has various methods of divining the future 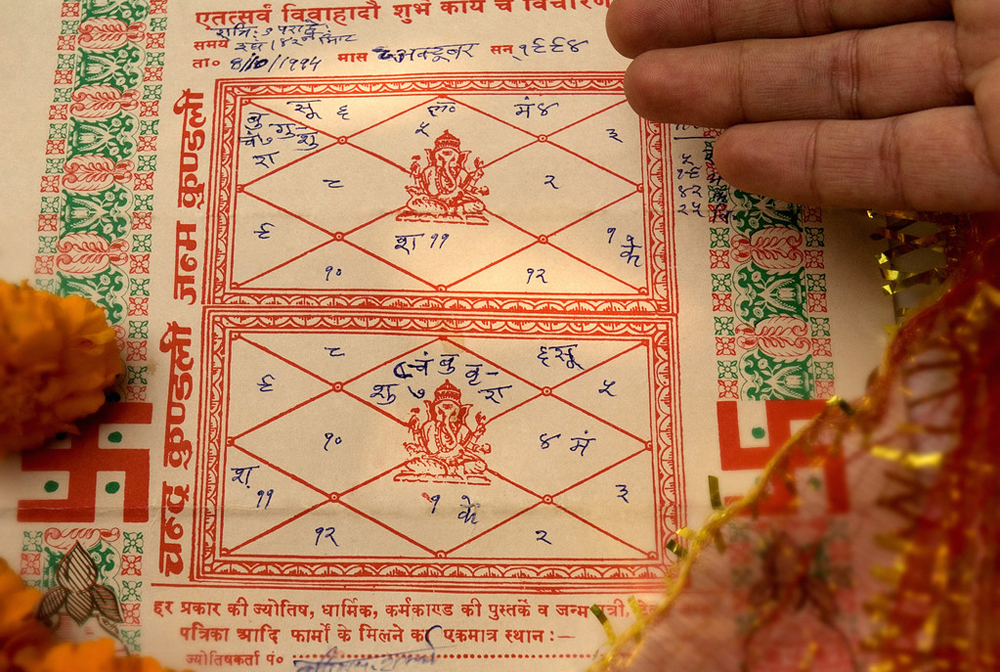 Everybody is interested in the ‘future’. It is the uncertainty of it that makes it equally tantalising and maddening. There are really no guarantees about what is to come. At the risk of sounding realistically macabre, ‘death’ is the only given (at the appropriate time) for ‘all’ species.

Any system that predicts the future, however imperfect or even faulty, is fascinating for human beings. At specific instances, Indians (and many Western believers too) turn to spiritual gurus, more to ‘bless’ them with a positive outcome, whether it be in the form of a lucrative business, higher educational achievements, a good marriage or whatever the individual desires. Sadly, from being students, the believers of these gurus turn out to be supplicants, often exhorting their spiritual teachers to intercede with the Supreme Power, on their behalf! While it is true that a guru may have done much more spiritual exercises than his devotee, it is nothing short of blasphemy to suggest that the Great Shakthi is not available equally to all aspirants.

Very often gurus—and astrologers—play the equivalent role of a counsellor or psychiatrist in Western society. The crowds thronging both the abodes of the Swamiji and the consulting rooms of the astrologers bear testimony to this. The stigma associated with seeing a counsellor or a psychologist is strangely absent from that of an astrologer.

Every nation in the world has had a long history of soothsaying. This is because, barring the human-created differences, people are the same everywhere. A child who is a reluctant student, a sluggish business venture, a love affair with an ‘unsuitable’ partner, etcetera, ensures a run to the favourite mystic. It is in fact an unknowing hubris that exhorts human beings to try to control the future, in whatever imperfect way possible.

Any subject of interest engenders a proportional body of investigation into it. With its long history of soothsaying, there are various methods of divining the future. The Indian system of astrology falls broadly into the Ashttothari and Vimsoththari methods of calculations. A chart is drawn up for every child born and is referred to as a horoscope. This is used as the basis of all predictions. The nine planets are taken into consideration. They are the Sun (Surya), the Moon (Chandra—instead of the Earth, a part of the nine planets), Mangal (Mars), Mercury (Budhdha), Jupiter (Vyaazham or Brihaspathi), Venus (Shukra), Saturn (Shani or Maanda) and Rahu and Ketu.

The story goes that one demon was suspicious rather than enamoured of Mohini, the female form (not the feminine counterpart) of Maha Vishnu, who had planned to share the Amrit, or nectar of ‘immortality’ only with the Devas. Extracting the Amrit was the joint effort of both the Suras and Asuras and as such both parties had rightful claims on it. The demon disguised himself as a Deva and stood between the Sun and Moon devas. Mohini served him a measure of Amrit. However, at the warning from the adjacent devas, Maha Vishnu cut off the demon’s head with His chakra. However, having partially swallowed the Amrit, the two pieces of the demon, the head (Rahu) and the body (Ketu) got elevated as being part of the group of Navagrahas. In revenge for snitching on Him, the Sun and Moon are regularly swallowed (and regurgitated) by Him, which causes the solar and lunar eclipses, respectively.

Saturn (Shani) is easily the sternest planet among the Navagrahas. One day as king Ravana was awaiting the birth of his child, he ordered all the planets to line up in the most propitious of positions, so that the infant would be invincible. This would have made the much-awaited child to be greater even than the gods. It was Shani who saved the situation by moving at the moment of birth. An enraged Ravana threw his sword at Shani, wounding Him on the leg. As a result of which Shani moves slowly and is often referred to as ‘Maanda’, or the slow one.

One day, Shani went to Shiva and respectfully told Maha Deva that it was time for Shiva to undergo the 19 years of the influence of Shani. Thinking that He would outwit Shani, Shiva hid Himself deep in the Ocean for the prescribed time. At the end of the period a jubilant Shiva surfaced to tell Shani, who was preparing to leave, that He was unscathed by Shani! With a tiny smile, Shani replied that the very God of Gods, Maha Deva Himself was in hiding, immersed in the sea! Naturally, Shiva would have been a little discomfited. Praying to Shiva is beneficial always, more so during the period of Shani.

Shani is reputed to have complained bitterly to the gods that He was getting the name of being the fall planet. The gods in their typical way gave Shani a son called Gulikan whose effect on a horoscope is far more devastating than that of Shani! In comparison, Shani lost the reputation of being the most malefic of heavenly bodies, directly affecting this Earth.

There is a saying in Tamil Nadu: ‘Shani koduppay, year thaduppay?’ That translates into: ‘If Shani blesses, who can stop it?’ One ‘homemade’ method to please Shani is to imagine massaging gently and respectfully his wounded foot! This is not a prescription of acharyas, rather a folklore tradition of Saturn pleasing. India is after all a veritable treasure house of varied forms of knowledge and worship, which is what makes this ancient civilisation marvellously contemporary!