The fault is not in our raids but in our exemptions 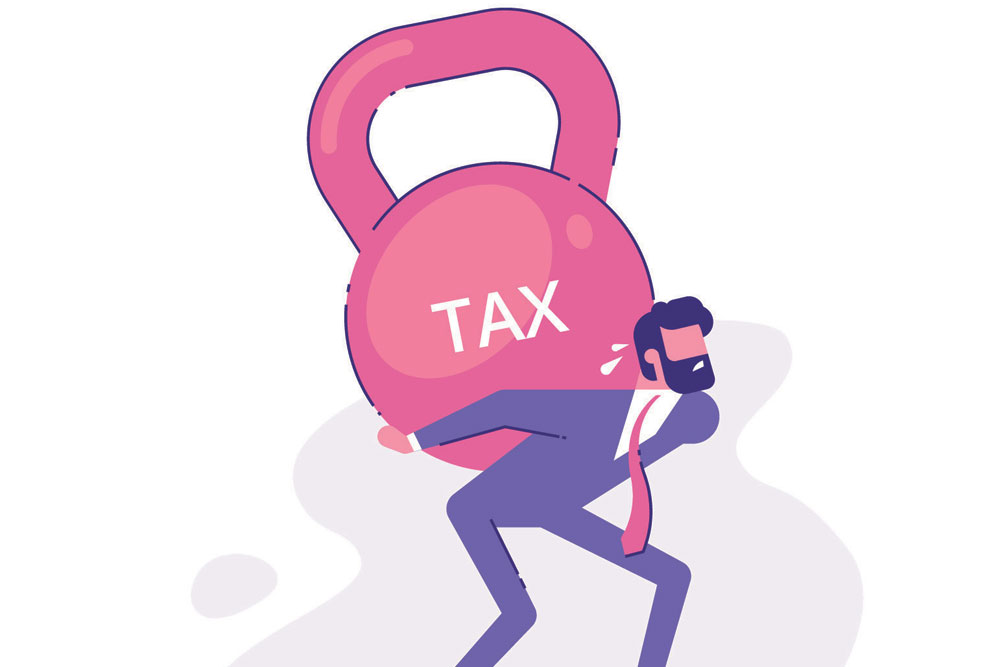 
THE PHRASE ‘TAX terrorism’ has been in the news and several people have claimed they were the ones to coin it. Let us think the expression through. In popular perception, it means something like the following: there are dishonest taxpayers who evade taxes. As a society, we have no objection to dishonest taxpayers being punished. But in the process of punishing the dishonest, the honest taxpayer is harassed. If 5 per cent of apples in the basket are rotten, why are the 95 per cent fresh apples made to suffer? In statistical hypothesis testing, there is the notion of Type I and Type II errors. A Type I error occurs when a null hypothesis, which is true, is rejected. A Type II error occurs when a null hypothesis, which is false, is accepted. This sounds like a lot of unnecessary jargon. Let’s have an example so that we can relate to it. X is innocent. We don’t know whether X is innocent or not. It is a hypothesis that remains to be tested. If X is actually innocent, but is punished, that’s a Type I error. If X is actually guilty, but is allowed to go unpunished, that’s a Type II error. We don’t like errors. In statistical hypothesis testing, the goal is to reduce both kinds of errors. But you can’t. If you reduce one kind of error, the other shoots up. There is a trade-off. It is no different for jurisprudence.

Recently, the Chief Justice told us 1,000 cases have been pending in the country’s courts for more than 50 years and more than 200,000 for more than 25 years. Naturally, we would like dispute resolution to be faster. The Chief Justice didn’t give us a break-up of civil and criminal cases. Those break-ups exist. Roughly speaking, though composition depends on the level of the court, two-thirds of cases are criminal. Let’s assume 667 cases of those pending for more than 50 years are criminal. Some of the accused are guilty, others innocent. Those innocent are made to suffer because wheels of justice grind so slowly. The wheels of justice can grind faster if all these people are released (some undertrials are in jail) and cases dropped. In that event, one kind of error will be completely eliminated, but the other kind of error will shoot up. Hence, because of the trade-off, no one seriously suggests this as a policy option. While one often complains about the slow speed of justice delivery, no one uses the expression ‘court terrorism’. The point is, before the trial, we don’t know whether a person is innocent or guilty and let us not complicate matters by bringing in questions about where there are blemishes in the trial itself. Economists are fond of two expressions: ‘ex ante’ and ‘ex post’. The former means before the event, while the latter means after the event. Court terrorism, if one were to use that expression, can be pinpointed ex post, not ex ante.

Hence, let’s think that expression ‘tax terrorism’ through. Without the process, I don’t know whether there has been tax evasion or not. Since I don’t know ex ante, am I suggesting all investigations should be dropped? Earlier, a person might have been outside the net of the Goods and Services Tax (GST) and the indirect tax. That person evaded taxes, but bought expensive cars and travelled abroad. Earlier, another person earned income through real estate and bought expensive jewellery, though the income wasn’t declared and taxes were not paid. Should I ignore such instances? If I do, there will be no tax terrorism, but that won’t be fair on honest taxpayers. In the interest of fairness, if someone has bought expensive cars, I will ask questions. Or someone who has bought immoveable property may be asked to submit income-tax returns and questions may be asked about those returns. The point is again that simple one: honesty and dishonesty emerge ex post. These aren’t traits known ex ante. Almost inevitably, if questions are to be asked ex post, there will be compliance and procedural costs on the honest too.

Let me quote from two recent Comptroller and Auditor General (CAG) reports. The first one is for the year ending March 2018 and is for direct taxes. A decision to tax agricultural income is the state’s right, under the Seventh Schedule, and in practice, it is difficult to separate agricultural income of farmers from non-agricultural income. This is what the CAG said. ‘We audited 6,778 cases and found that in 1,527 scrutiny assessments cases (22.5 per cent), claim of exemption on account of agricultural income was allowed without adequate documentation and verification of supporting documents.… While allowance of exemption of agricultural income claims based on inadequate verification or incomplete documentation has been pointed out in respect of selected sample of scrutiny assessments, [the Income Tax Department] needs to re-examine not only the remaining scrutiny cases, but also all cases where income has been allowed as agricultural income above a certain threshold, say Rs 10 lakh or more, to ensure that exemption has been allowed only to eligible assessees, and is based on appropriate documents and their verification.’ Ergo, if we go along with the CAG report, we require better examination. The second CAG report is for the same period, but is on indirect taxes. ‘The system of payment and settlement of tax that was envisaged for GST was based on one hundred per cent invoice-matching and availment of input tax credit, as well as settlement of IGST [Integrated GST] on the basis of invoice-matching. Neither is possible as of now, as an invoice-matching system has not kicked-in. This report identifies invoice-matching as the critical requirement that would yield the full benefits of this major tax reform. It would protect the tax revenues of both the Centre and the States, it would lead to proper settlement of IGST and would minimize, if not eliminate, the tax official-assessee interface. In fact, even ‘assessment’ in the sense understood in the manual system may no longer be necessary (returns themselves can be generated by a system that matches invoices); and cases of evasion etc., can be traced by applying analytical tools and AI to the massive data that crores of invoices generate.’

Precisely, and that’s how we can get a handle on tax terrorism and what it means. Ponder the following weighty matters. Is green coconut a fruit or a vegetable? Is Parachute oil, occasionally used for the hair too, ‘coconut oil’ or ‘hair oil’? Is the lal dant manjan a toothpowder or medicinal product? Is McDonald’s’ McSwirl an ice-cream or a dairy product? Is Scrabble a game or a puzzle? These, and there are several more examples, are matters on which courts have had to adjudicate, because of differences in rates. We can reduce tax terrorism not by forgetting about culpability, but by reducing discretion and reducing subjectivity, thereby reducing the tax official-assessee interface. If there are fine differences and exemptions, tax authorities will examine and decide, exercising subjectivity. If there is subjectivity, there is bound to be scope for harassment and bribes. If there is no subjectivity, I don’t need the tax inspector to exercise judgement. This is a bit like moving from a subjective question paper in an examination to one that has multiple choices. In the latter case, we don’t quite need an examiner. Whether on direct taxes or indirect taxes, we have too many exemptions now. There is a difference between tax evasion and tax avoidance. Tax avoidance is legitimate and legal, availing of exemptions. Exemptions also mean loss of revenue to the government. Tax evasion is illegal. However, if there are exemptions, ex ante, there have to be investigations to examine whether the instance is one of avoidance or exemption. There is a Task Force on Direct Taxes that will now submit its report this month. I hope this does recommend removal of all exemptions and I also hope the Government acts on these recommendations. (I do think agricultural income, above a threshold, should be taxed.) Ideally, all products should have the same GST rate. If that’s not acceptable, and it’s unlikely to be, no more than three rates. If we are serious about reducing tax terrorism, we should argue for standardisation and harmonisation.

There is one more point and let me quote from the first CAG report again. ‘Number of appeals pending with CIT (Appeals) increased from 2.9 lakh in FY 2016-17 to 3.0 lakh in FY 2017-18. The amount locked up in these cases was Rs 5.2 lakh crore in FY 2017-18. The amount locked up at higher levels (ITAT/High Court/Supreme Court) increased from Rs 4.40 lakh crore (82,806 cases) in FY 2016-17 to Rs 4.43 lakh crore (82,643 cases) in FY 2017-18.’ Not just in tax matters, but across the board, are you aware that the higher up you go in the court hierarchy, the lower the success rate in government litigation? In tax matters, up the court hierarchy means appeals. If success rate is low, that means these appeals shouldn’t have been made. I think it is possible to curb, if not eliminate, all appeals.