India's greatest cricketers at the launch of Rajdeep Sardesai’s book 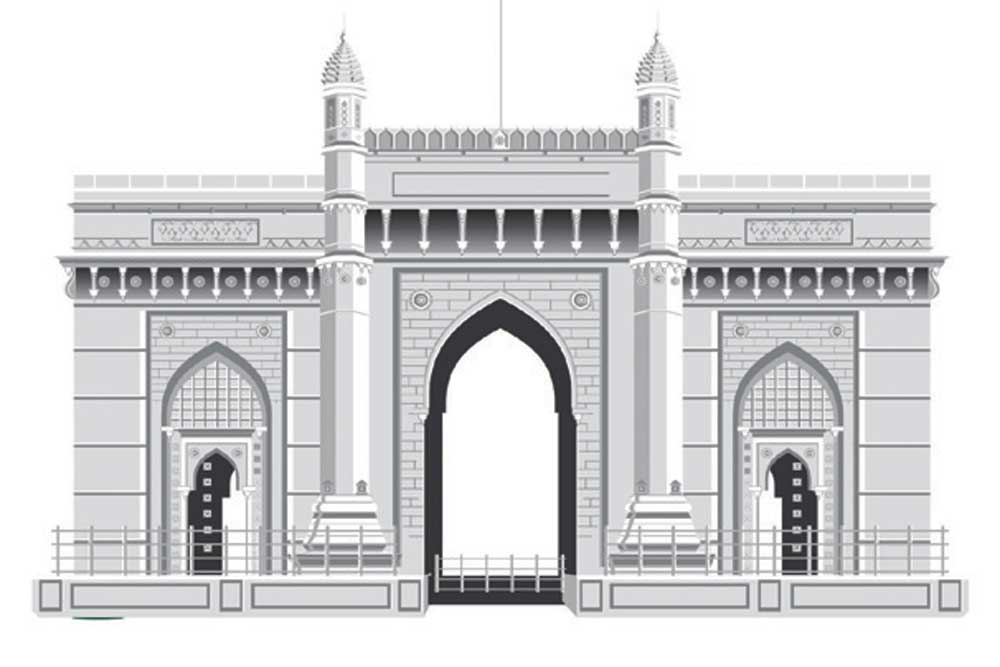 ONCE AN ANCHOR, always an anchor. That especially applies to those who are in TV studios day after day, quizzing people left, right and centre. So it was with Rajdeep Sardesai, one of India’s most civilised television hosts, when he was pitched into the unfamiliar role of a panellist.

The occasion was the recent launch of Sardesai’s book, Democracy’s XI, at Mumbai’s Royal Opera House. This column has carried a piece on the heritage building’s renovation, as good a re-creation of the original as it is possible to do. The owners of the property, the erstwhile Maharaja and Maharani of Gondal, Joytendrasinhji and Kumud Kumari Jadeja were in the auditorium. I can’t remember the last time I asked to be introduced to someone, but here I unabashedly did: I wanted to say thank you for an act of generosity that deserves the most heartfelt applause. Wisely, they left the onerous job of programming to professionals, and Avid Learning’s Asad Lalljee is doing a terrific job of it.

The auditorium was packed. Pity there weren’t any schoolboys around, because this was a cricket lover’s dream: present were Sunil Gavaskar and Sachin Tendulkar. There was Mohd Azharuddin, looking so fit that he could don whites tomorrow and delight us with his wristy strokes. Madhav Apte was there too. Who can believe that he played Tests in 1953, and that he is now 85? I see him at the Bombay Gym, fresh from a game of badminton. “I have slowed down a bit,” he told me, “I only play four days a week.” Apte’s Test average was 49.27, which puts him in the very top bracket of batsmen, but he was dropped for reasons which remain one of Indian cricket’s unsolved mysteries.

Seated next to them was Nari Contractor, the former captain and opening batsman, remembered as the man felled by a Charlie Griffith beamer straight to his unhelmeted head. Another famous captain, Ajit Wadekar, was around too, the man who helmed India’s two successive overseas series wins (West Indies and England). I have had enough practice now to cloak my excitement with an outside veneer of near-indifference, but inside there was a schoolboy wanting to jump out and get autographs.

Sardesai’s book is sub-titled ‘The Great Indian Cricket Story’, and features 11 cricketers, chosen not to make an all-time great XI (the list is weighted heavily in favour of batsmen), but because each is representative of the story that Sardesai wants to tell. The story’s theme is: after Independence, Indian cricket became truly democratic. People like Kapil Dev (small town) and Mahendra Singh Dhoni (a railway ticket-checker) shattered the strangle- hold of the metro elites. Unlike earlier, there was no distinction between caste and creed, and a Muslim like Azharuddin could become the captain.

After the unveiling of the book by the cricketing legends, Harsha Bhogle sat down with Gavaskar, Tendulkar and Sardesai for a discussion. A good- natured tussle followed: Bhogle found his role as moderator usurped by Sardesai. “Rajdeep, let me remind you, you are a panellist. I am the anchor.” Sorry, said Rajdeep, and promptly asked the next question.

Today’s generation knows Sunil Gavaskar as an astute and articulate TV cricket expert. But years ago, even at the time he became the captain, he was a man of few words. Very few words. I remember (how can I forget?) a dreadful interview I did with him for Doordarshan (then the only channel). “Are you looking forward to the tour of Australia?” I asked. “Yes,” he said, “Do you think we have a good chance in the Test series?” I asked. “Yes,” he said. “How do you react to some publications’ criticism of your captaincy?” “I don’t”. “Does Australian sledging bother you?” “No”. And so it went, monosyllable after monosyllable for an excruciating half hour. The same taciturn man became one of the best after-dinner speakers anywhere, with a wealth of stories told with understated and self-deprecating humour.

Here, on the Royal Opera House stage, he was at his very best, particularly when talking about his early days, learning about things beyond technique from his ‘seniors’ by eavesdropping on their dressing-room chatter. There was also this piece of advice from Nari Contractor which we could all use in our non-cricketing lives. “When you do well,” Contractor told him, “Remember everything you did that day from the time you woke up, and jot it down. On your bad days, or when you are out of form, look up those notes. They will help you.”

Tendulkar has followed in Gavaskar’s footsteps, both on and off the field: once the shy boy, now a consummate storyteller with perfect timing. How and when does this transformation take place? Has it to do with 24/7 television coverage that makes the journey from tongue-tied sportsman to eloquent speaker as short as possible? Even shorter is the journey from being a cricketer to an actor. Watch Virat Kohli in TV ads. He could switch to Bollywood in a minute.