Apologising, after all, is intrinsic to Indian culture 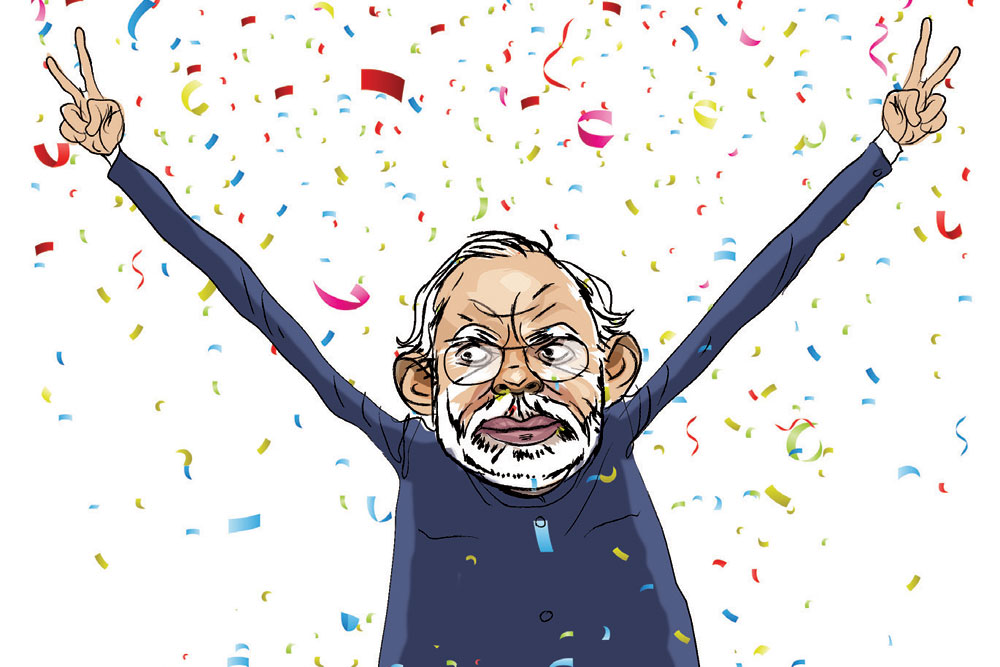 ‘Micchami Dukkadam’, the ancient phrase, is particularly important to Jains. It’s used commonly to convey one’s regret for having given offence, wittingly or unwittingly, in one’s words and deeds. It’s also a plea for forgiveness. None other than PM Modi uttered the phrase at the inauguration of the Garvi Gujarat Bhawan in Delhi on September 2nd, located just opposite the Congress headquarters at 24 Akbar Road. The second state bhawan of the Gujarat government in the national capital may have cost Rs 131 crore, but what was Modi apologising, or seeking forgiveness, for? The buzz is that the PM has played a master stroke. Apologising, after all, is intrinsic to Indian culture.

The stage is set for Prime Minister Narendra Modi to address the UN General Assembly on September 28th. But what everyone is waiting for with bated breath is the PM addressing the ‘Howdy, Modi’ community summit in Houston, Texas, on September 22nd. The buzz is that over 50,000 members of the Indian diaspora have registered and online applications are fast filling up. And Vijay Chauthaiwale, the BJP’s overseas head, has the onerous task of mapping the linguistic distribution of Indians across the US so that Modi’s speech is as appealing in the vernacular when he delivers in Hindi with real-time translation beamed across to over a billion people on smartphones. Also, with two Indian-origin women running for the US presidency next year, the summit is tipped to be a crowd-puller.

Now that Rajasthan Governor Kalyan Singh’s term has come to an end on September 3rd, he stands exposed to face trial for criminal conspiracy of the demolition of Babri Masjid as his constitutional immunity has ceased to exist. In 2017, the Supreme Court could not issue any ruling against Singh owing to the immunity he enjoyed as Governor. Perhaps the time is ripe for the CBI to pursue the case and the apex court can follow up.

Is Rajasthan Deputy Chief Minister Sachin Pilot powerless? Recently, Pilot set foot in the Basai Dang locality of Dholpur district where police firing on the sand mafia claimed the life of a youth. Irate villagers demanded the policemen should be held accountable. Though Pilot made all the right noises by assuring the deceased’s family, he did not announce anything publicly. Instead, he ordered the local Rajakheda Vidhan Sabha MLA Rohit Bohra to take action on the accused policemen. However, no action has been initiated so far, and understandably, the Pilot camp is upset with the Chief Minister. 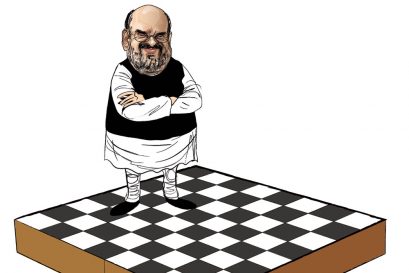 When K Shanmugam, Singapore’s minister for law and home affairs, recently met Home Minister Amit Shah, the latter was gifted a chessboard made of sandalwood. In Singapore’s diplomacy circuit, Amit Shah is perceived to be the Chanakya of Indian politics—a sentiment that can only be matched over an engrossing game of chess.

With the festive season round the corner, West Bengal Chief Minister Mamata Banerjee and her Trinamool Congress (TMC) are on overdrive inaugurating events around Hindu gods and goddesses. In Kolkata’s Salt Lake area recently, a Ganesh puja took place where the idol resembled the one that was destroyed a couple of years back by Maoists in the insurgency-hit Dholkal hilltop in Chhattisgarh’s Dantewada district. Again, in Kolkata’s Bhawanipore locality, the local TMC club organised the worship of a black Garh Ganesh, resplendent in a dhoti with a golden border. Didi is also learnt to have ordered the construction of a tall statue of the late-Vedic sage Kapila. Now the TMC claims that such devotion has been visible in the party’s ranks over the last 10-15 years and is certainly not a counter to the ‘Jai Sri Ram’ politics of the BJP.

Old trees in Uttar Pradesh are set to enjoy heritage status. At the Chief Minister’s behest, hundreds of trees that have been around for more than a century have now been identified for the status upgrade. The move would certainly help combat pollution. The Prime Minister, too, was informed of the CM’s decision when the two met recently. The prospect of heritage trees, the story goes, did make the PM happy.

Bangladesh is very upset about Assam’s National Register of Citizens (NRC). The Sheikh Hasina government is under attack from the Bangladesh Nationalist Party and Jamaat. Dhaka has communicated its displeasure to New Delhi. The question, of course, is the fate of those declared non-citizens. Bangladesh says it is supporting India on terror. Narendra Modi, too, is fully aware of the strategic importance of Dhaka, especially in the context of the China-Pakistan axis after the abrogation of Article 370. Curiously, while Home Minister Amit Shah has been vocal on the issue, S Jaishankar and his Ministry of External Affairs have not even reacted. At the end of the day, it’s another balancing act for Team Modi.

The BJP has a new headache in Maharashtra. The Shiv Sena didn’t want any chief ministerial candidate announced, arguing that a decision could be taken after the Assembly election once the numbers came in. Devendra Fadnavis has asserted that the alliance with the Sena will continue, just as he will remain CM. Rajnath Singh and even Amit Shah have recently pronounced Fadnavis’ name. However, in Jharkhand, the BJP has not announced incumbent Raghubar Das as their CM candidate. For his part, Das has started his own campaign, in his own name—‘Ghar Ghar Raghubar’. No announcement has yet been made in Haryana either, but it’s unlikely that Manohar Lal Khattar will be dropped as CM. Right now, Jharkhand is the odd one out.