The return of Amar Singh and the showy bodyguards of Delhi 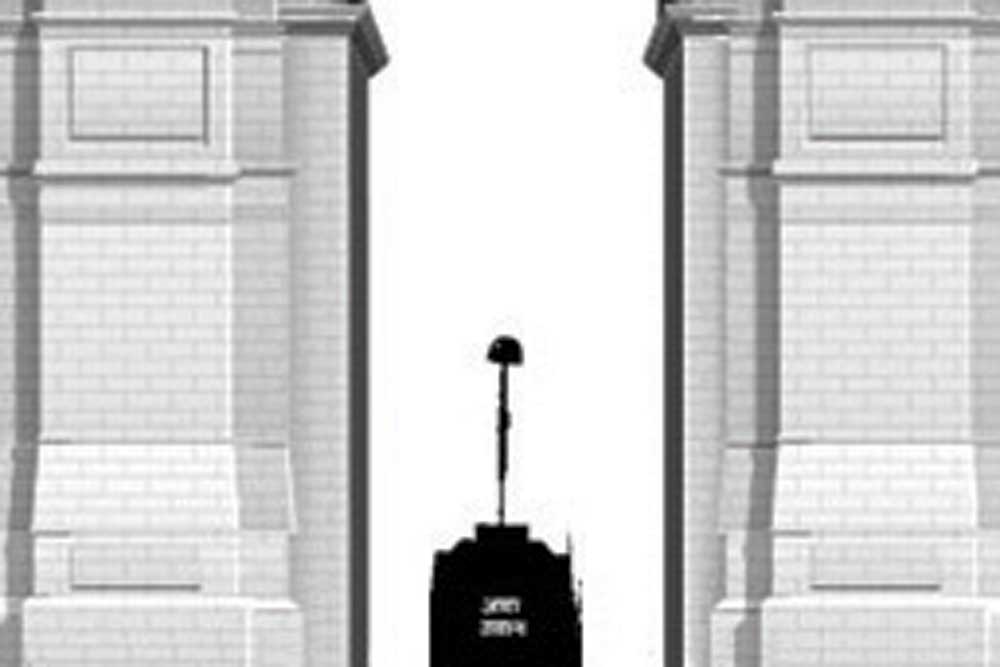 REMEMBER AMAR SINGH? The portly gentleman always on the side of the Samajwadi Party boss, Mulayam Singh Yadav? The one who virtually acted as the latter’s one-man brains trust? Well, that decades-long partnership suffered an unexpected rupture when Mulayam’s son Akhilesh Yadav came into his own as a politician, grabbing the reins of the party and expelling his father’s all-weather Man Friday. Around that time, Singh also found himself laid low by a kidney ailment. He seems to have recovered well, one is glad to report, having shed those extra kilos and looking relatively fit. What he appears set to regain is his political weight as he tries to make himself relevant to national politics again.

After being away from the limelight for a while, Singh is now increasingly visible at semi-political events. The other day at the RSS Sarsanghchalak Mohan Bhagwat’s lecture series in the capital, he was accorded a prominent place in the audience, with TV cameras duly recording his presence. A few days earlier, he was seen participating in the Ganesh Puja festivities at the house of Railway Minister Piyush Goyal, engaged in a prolonged powwow with Sudhanshu Trivedi, a BJP spokesperson who seems closely clued in to his home state UP’s caste calculus and various connections and disconnections at the ground level. That Singh and Trivedi appear on the same page ahead of the 2019 General Election could augur well for the BJP. Singh’s presence at the RSS chief’s lectures and at Goyal’s residence would only confirm suspicions of an emerging axis. Only a few days before those two events in the capital, Prime Minister Narendra Modi had called out the name of the former Samajwadi leader—who occupied a front row in the audience— at a public function in Lucknow.

These are all signs of a growing bonhomie between the ruling party and Singh, a master networker and member of the Rajya Sabha.

Some of us who have spent decades parsing each word of our netas for hints of their political intent duly expected such a turn of events. Note how little time it took for Shivpal Yadav, Mulayam’s younger brother whom Akhilesh had unceremoniously ejected from the Samajwadi Party, to form his own outfit that now plans to field its own candidates in UP for the next parliamentary contest. And you thought the Mayawati-Akhilesh tie-up will conquer the state that sends the largest number of members to the Lok Sabha? In politics, it ain’t over till the fat lady sings. Amar Singh can be important to the BJP’s plan for UP.

THE VVIP SECURITY culture, which had its origins in the Punjab terror problem of the 80s, seems to have infected a large swathe of the country. I have never quite understood why a self-important mediaperson who till the other day travelled freely on DTC buses and by auto-rickshaws would need to surround himself with gun-toting commandos now that he has achieved monetary success, thanks to his fortuitous ownership of a one-trick-pony show. Every time he stirs out of his home or office, he is tailed by a car-load of menacing-looking toughs dressed like Black Cats of the Special Protection Group who pointedly make their presence felt on the streets of the capital.

Why would anyone want to target him? Unless he fears all those he had sucked up to for funds and favours until he hit the jackpot would come after him. Or is it more likely that without this showy security ring his self-assumed status as a VVIP would go unrecognised? As if to rub the point in, he has a bodyguard on board with him even on flights.

Lest you think this mediaperson is the only rich man who ring-fences himself in public view, you should see the entourage of the promoter of a private university located on the outskirts of the capital. Always accompanied by about half a dozen Ambassadors full of guards, each dressed to look like the Prime Minister’s security personnel, he whizzes past the hoi polloi in their small vehicles. In the upscale colony of South Delhi where he resides, his neighbours feel uneasy with all these commando-like characters hovering around their backyards with guns in regulation black safari suits.

The city is teeming with several such insecure characters whose wealth stirs this need to shield themselves from known and unknown threats.