The selective ‘sealing’ in Delhi and Arun Jaitley’s kidney transplant 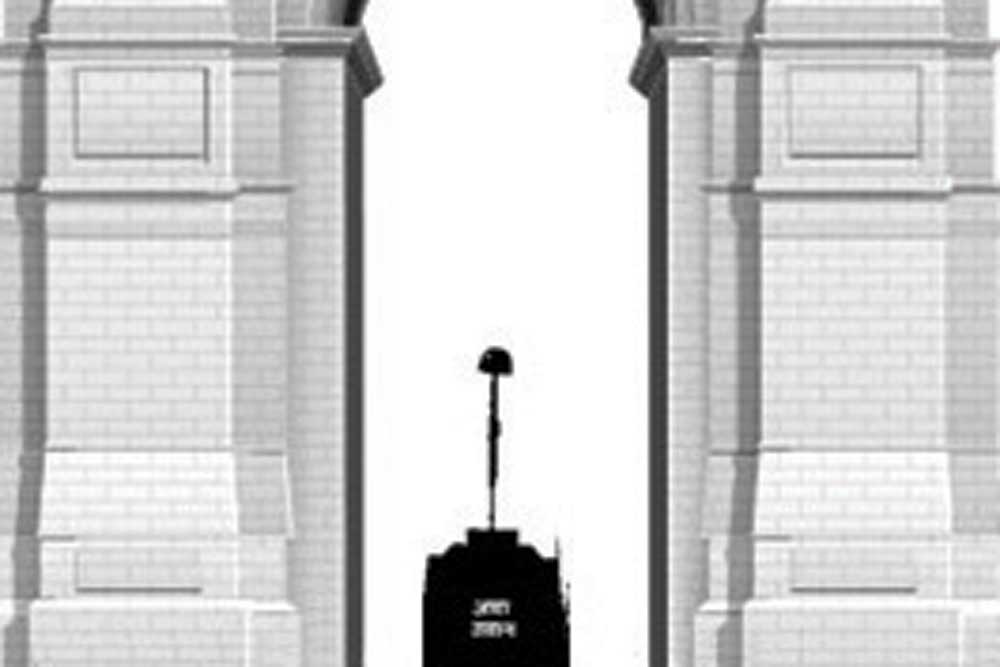 THE CAPITAL IS in the grip of ‘sealing’. Yes, the official lock-down of residential premises illegally used for commercial purposes. It’s being done at the behest of a Supreme Court bench. A decades-old court-appointed committee, headed by a former bureaucrat, Bhure Lal, was woken up from deep slumber to go and seal illegal restaurants, shops and other commercial establishments. The committee, in turn, commandeers the staff of relevant municipal corporations— Delhi is saddled with three such white elephants —and goes out and inflicts financial and mental trouble on small and mid-level businesses. Even this would be fine, given that the properties sealed are mostly residential but are being used for commercial ends. Various residents’ associations that have had their open spaces and freedom of movement snatched from them by excessive commercialisation are pleased.

However, the above is not what excites much conversation on the drive. Rather, it is the seemingly selective nature of it. Who next will find himself locked out of his shop and where appears to depend entirely on the whims and fancies of a handful of people. Such selective sealing has caused resentment. For instance, the Kapada Market, popular with middle- class women, in Amar Colony, off Lajpat Nagar Market, was shut down. It probably deserved to be. Its tiny shops rising three floors up were originally 40-yard plots given to refugees from Pakistan for housing. Over time, they converted them into shops. Even common toilets turned into multi-storey outlets, with each such unit commanding a premium of tens of crores in cash.

What really angers those now staring at huge financial losses is the failure of the Bhure Lal Committee to ‘touch’ Khan Market. Among Asia’s most expensive commercial pieces of real estate, commanding stratospheric rents, it largely remains unaffected even though much of it is now illegal. The original double- storey structures, with the first floor earmarked for residential use, once had a Connaught Place-like colonnaded walkway in front of the shops. In time, as the market acquired a pricey tag, it got consumed by the shops, which extended outwards and thus also facilitated the extension of first floors, which are now commercial joints, most of them expensive eateries lacking even the standard safety measures.

With rentals in the vicinity of Rs 1,500-1,800 per square foot, additional space was unearned largesse at public expense. But the sealers have not lifted a finger to undo the illegal extension of Khan Market shops, while those in less affluent markets have had to face closure, rendering tens of thousands jobless. Khan Market’s elitist tag and its patronage by the rich and the famous, including top judges and bureaucrats, might be the reason it has survived unscathed thus far, some suspect. Or is it a case of the proverbial darkness under the lantern?

FINANCE MINISTER Arun Jaitley’s illness due to kidney-related complications has not escaped the viciousness of the usual suspects in the pseudo-liberal sections of the city’s polity and media. Needless controversy was sought to be kicked up by malcontents, suggesting that Jaitley had violated the prescribed norms to get a donor for a kidney transplant. Of course, this was complete hogwash. Having rendered generous financial and other help to several people in his personal staff and outside during his long stint as a top-shot lawyer, quite a few came forward to offer their kidneys. Besides, there were members of his own and his wife Sangeeta’s extended family ready to donate theirs.

But medical parameters had to match. Eventually, a suitable donor was found from within and the requisite permissions required under the law taken. Why do some people expect Jaitley, a lawyer, to be on the wrong side of the law merely because he is now a powerful politician? Why should anyone find it so surprising that politicians can be proper in their private dealings as well? At the time of writing, word from the All India Institute of Medical Sciences was that the transplant had been put off for a few days and is now scheduled for sometime later this month.

Meanwhile, Jaitley, a highly gregarious man and an engaging conversationalist to boot, is fortunate to have two parallel sports events keeping him company even as he spends time in near isolation at home or in the hospital. The ongoing IPL championship and the Commonwealth Games help him keep boredom at bay as he marks time to become fighting fit again and resume his routine.