The Hall of Gossips, a quaint salon in Khan Market, and a wealthy lawyer's new bungalow 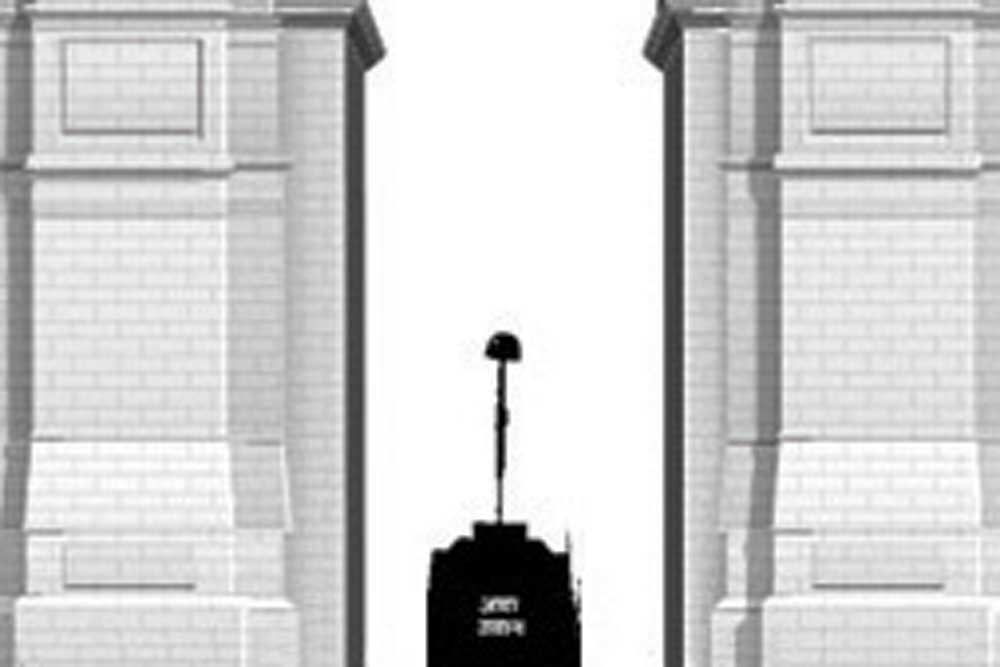 INCREASINGLY, NETAS and journalists alike are giving the Central Hall of Parliament a miss, though the usual suspects who cannot do without putting in a daily appearance can still be seen hanging around. Even as MPs do their obligatory disruptive act in the two Houses as soon as proceedings begin, they leave the Parliament precincts post-haste, skipping the Nation’s Hall of Gossips. Clearly, something more urgent preoccupies them. Spending time in the Central Hall has its uses, though. You get to exchange notes with fellow politicians, picking up useful nuggets of information and disinformation from the regulars, essentially castaways of various parties who park themselves early on benches that have come to be associated with them. These self-styled eyes and ears of their respective parties seek to earn brownie points from their leaders by carrying tales, as it were, about who said what about whom, and what rival politicians might be plotting. It also helps clever politicians float trial balloons, whispering a line into the ears of a favourite scribe and then waiting for a response from the target group before deciding their next step. The other day, a rumour was set off about a particular minister which on fact-checking turned out to be a complete dud, but for a few hours the entire political class was agog with talk of a potential bombshell—which, of course, it was not. Yes, the old raconteurs of great political tales are missing from the Central Hall. It’s being skipped for something more productive, more convivial.

THIS CLIP FROM an old edition of a local English daily, encased in a frame and hung prominently for patrons to see, says it all: ‘Hair cut in Khan Market at Gole Market Rates’. Where else in a tony part of South Delhi will you get a decent hair-cut for a princely sum of Rs 150 in air-conditioned comfort? I pay nearly four times that amount in my middle-class south Delhi colony which has no pretensions to being a hub of the nouveau riche.

The decades-old barber shop tucked away in a corner of Khan Market’s back row is an oddity indeed. Amid fancy eateries, branded readymade clothes, pricey confectioners and household durables, an old-fashioned hair-cutting shop does seem rather incongruous. All the more when shops here command rents of Rs 1,200 per square foot upwards, making it one of Asia’s most expensive commercial complexes. But the owner of this no-frills salon, who wants to retain his anonymity, soldiers on, declining offers of several lakh in monthly rent for the space. His ancestors found their livelihood here, he says, and, God willing, his children would carry on the same line of work at the same place. The determination of the barber to resist the temptation of a fat cheque month after month without having to lift a finger is quite admirable. Meanwhile, Gole Market, an old landmark in Central Delhi, is not cheap. It also commands reasonably high rents for commercial space, though nowhere near those in Khan Market.

WHILE STILL ON expensive real estate, the buzz in the capital’s legal circles is that a senior advocate of the Supreme Court has recently bought a 1,200-square-yard bungalow in one of the poshest parts of New Delhi. The price? A whopping Rs 100 crore plus. Located in Lutyens’ Bungalow Zone not far from Lodi Garden, the property’s built-up area of over 5,000 sq ft has one drawback: you can renovate the construction but cannot rebuild or remodel it, which is forbidden on accounts of its proximity to a historical monument. Though the identity of the lawyer must remain undisclosed in this column, a clue can be offered: he often makes headlines for all the wrong reasons.

THERE IS SOMETHING that does not quite meet the eye in the ongoing public face-off between the Prasar Bharati Board and the Union Ministry of Information and Broadcasting. Of course, Smriti Irani, the Union I&B Minister, is being her usual overbearing self. However, it is the defiant posture of Prasar Bharati chief A Surya Prakash which has surprised everyone who has known him. For, he has got where he has by always being deferential to authority. His current stance suggests a hidden hand, doesn’t it?