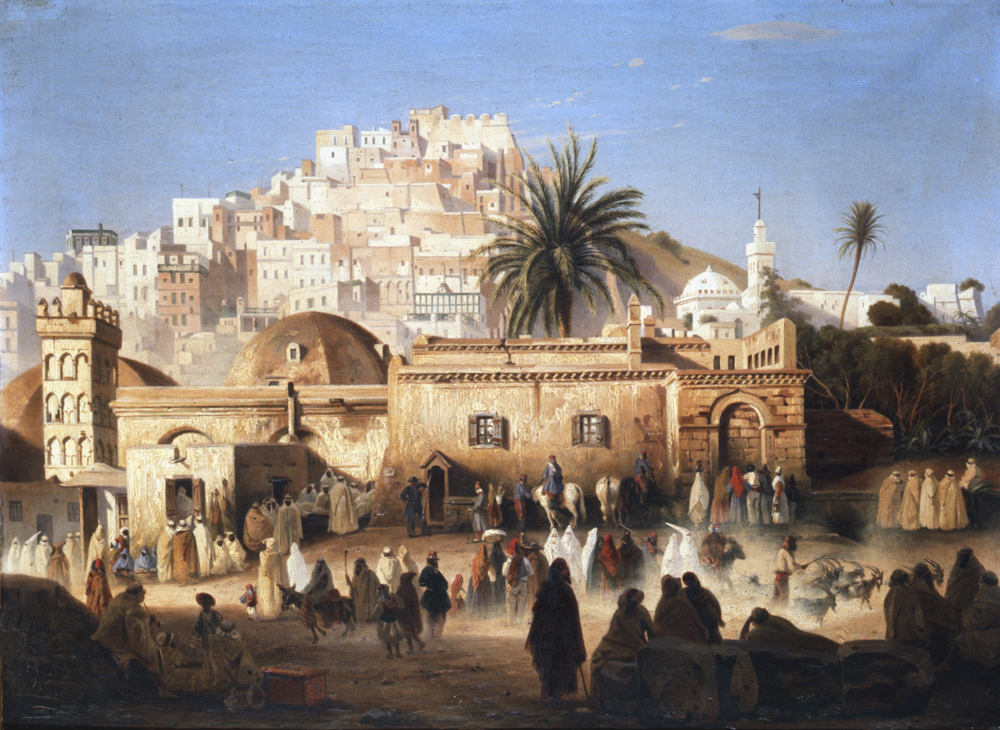 
The proposal in 1846 to build the first mosque in Paris is revealing of the then prevailing attitudes in France, arguably the most enlightened nation in Europe, about colonialism, Algeria in particular and Islam in general.

Having invaded Algeria in 1830, by1846 the north was subdued, while in the south the French army was still fighting but winning the war against the rebel leader Abd El-Kader. The violent methods used by the army provoked a debate in June 1846 in the Chamber of Deputies over four days and was remarkable for the range of opinions aired, which included speeches for and against colonialism, the types of colonial rule, whether it should be settled with or without extermination of the indigenous population, civil or military rule and whether Algeria with its Muslim population could be assimilated to France.

The circumstance that led The Oriental Society of France to suggest that the Society underwrite the proposal to build two mosques, one in Paris and the other in Marseilles, was a report that the Tunisian ambassador had bought a mansion in Paris to house young Muslim students, to practise their religion, a place for prayers to be said if they died. The Society pointed out that France had authority over some 4 million Muslims — which was an exaggeration at that time.

The proposal was put forward to the government by the Society’s President, Alphonse Denis, a member of the French Assembly and a liberal on the far left of the political spectrum. The proposal should best be regarded as a political statement, maybe even as a provocation to Guizot’s conservative regime especially as there is no mention of practicalities, particularly of how it would be financed.

The proposition, in part, read: ‘The Society has often wondered about the strange and difficult situation of Muslims who live in France without religious support and consolation. Considering the fervour of Orientals, we are surprised about two things: the powerful efforts to overcome the Muslim repugnance of our civilisation made by those who are already living amongst us and because of our moral victory, the lack of protection for the Muslims in the future.

Assimilation of the Orientals requires religious tolerance. Religious, political, legal and humanitarian reasons are irrefutable. Islam is not protected legally. The Muslims have been conquered and humiliated. While the Christians enjoy liberty in the Arab countries, the Muslims in Algeria, under our control, need the same. It will increase French prestige. Young people will come to study at the college and imbibe our values and go back to their countries to spread the word. The mosque will be a place of pilgrimage, to which people will travel at least once in their lifetime. The college will be a seminary. The Protestant and Jewish religions are authorised: however, there must be liberty of faith for all French citizens.’

The refusal of January 28th, 1847 signed by Minister of Foreign Affairs Francois Guizot pointed out that ‘France and Catholicism enjoy in the Levant a tolerance by Islam that is secured by treaties that have placed these institutions under the protection of France. If the Porte of the Ottoman Empire, the Shah of Persia, the Emperor of Morocco and the Bey of Tunis want similar treatment for their subjects the King’s government will examine their request, but until then we should not be more zealous than them.’

Guizot had a low opinion of Arabs. A religious Protestant and a conservative, he regarded Christianity as morally superior to Islam since Islam was the religion of the infidel, enemy of the enlightenment, and resistance to colonialism. He wrote in his memoirs that: ‘Nothing meaningful is to be expected from the Muslim world, neither for its reform, nor for the Christians who, because of unlucky circumstances, must live under its laws.’ Guizot wished to give no concessions to colonies and noted that this was not a topic that aroused public opinion. Also this matter was part of the religious debate: did the separation of the church and state apply to Islam? Guizot’s refusal of permission is to be seen as a political decision taken in the context of the French debate between left and right.

And so the project was shelved for nearly 50 years. It was revived in 1894 by Charles Rouvier, the French resident in Tunis, and this time it had the support of Foreign Minister Charles Hanotaux. The changed motivation at that time was to demonstrate French benevolence towards Islam and the question of finance was also addressed: the project was to be paid by subscriptions in Algeria and Tunisia. The support of businessmen who hoped to profit from the colonies, visionaries and several socialists who saw France’s mission as civilising the inhabitants, orientalists, and Turks and Egyptians resident in France all helped to set up a working committee.   However, the Dreyfus affair, the Armenian massacres and the First World War delayed the start of construction by an additional 27 years, to 1921.

In more contemporary times, in 2009 Switzerland banned the construction of new minarets, although there were only four in existence at that time.

This French case study and Swiss decision are object lessons for the point that then as now, the siting of mosques in non-Muslim-majority countries has been a vexatious and controversial matter that only the passage of time can satisfactorily resolve.