For BV Doshi, the architect must be alert to the needs of the future inhabitants 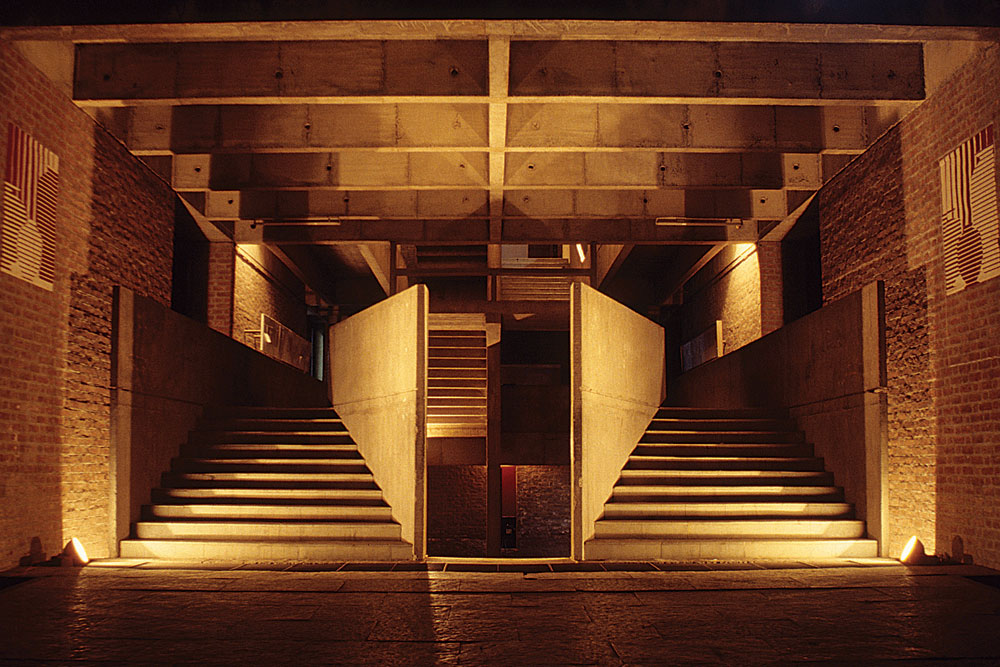 
LAST YEAR, when Balkrishna Vithaldas Doshi was awarded the Pritzker Prize for architecture, equivalent to the Nobel Prize in the field, the 10-member jury praised him for ‘practicing the art of architecture’ for over 60 years. ‘Housing as shelter is but one aspect of [his] projects,’ the citation went on to say. ‘The entire planning of the community, the scale, the creation of public, semi-public and private spaces are a testament to his understanding of how cities work and the importance of the urban design.’

Born in 1927, Doshi was blessed with the eye of an artist, along with the inward gaze of a philosopher. The master architect’s memoir, Paths Uncharted, published recently by Mapin for the trade market in India, bears testimony to these twin aspects of his personality. The 92-year-old mines his many notebooks—as a lifelong scribbler and doodler he has a large number of these—to stitch together a narrative that gives us a ringside view into his illustrious career. Reading this book is to marvel not only at the genesis of some of Doshi’s extraordinary projects, but also at his aptitude for taking risks, especially when the odds were stacked against him.

Doshi’s mother died when he was young. This early experience of loss left him a quiet, often absent-minded, child. Growing up in Pune in a large family with a furniture business, he was exposed to the nuts and bolts of design early on. But instead of treading the safe path, Doshi went on to study at JJ School of Architecture in Mumbai, from where he set off for London. His biggest break, however, came in the 1950s, when he got a chance to work at the firm of the legendary architect Le Corbusier in Paris. Apart from being the only Indian in the office, he was also the youngest and the most inexperienced member of the team.

Paris in the 1950s was teeming with Indian artists, who would attain celebrity in the decades to follow. Doshi found himself in the company of SH Raza, FN Souza, Akbar Padamsee and Paritosh Sen, who lit up his years of exile with their camaraderie. When his apprenticeship ended, Doshi returned to India, but not before he had first travelled across Europe. Back home, he began working in Chandigarh, the city Le Corbusier was designing at the behest of Jawaharlal Nehru’s Government. But soon, petty politics and red tape drove him away to another project of his mentor’s, in the city of Ahmedabad.


The idea that architecture could be a vehicle for social good and sustainability was ingrained in Balkrishna Doshi’ ethics from the very beginning. To that extent, his approach was Gandhian

It was in Ahmedabad that Doshi would spend crucial years of his professional life and create some of his most memorable buildings. In the 1950s, he worked closely with Louis Kahn, the iconic American architect, and his Indian colleague Anant Raje on the design of the Indian Institute of Management there. In the 1970s, Doshi conceived a plan for the campus for the Centre for Environment and Planning Technology, now known as CEPT University, in the city. And in the 1990s, he co-created the Amdavad ni Gufa, a cavernous, one-of-its-kind art gallery, with MF Husain. This last was a space dreamt up by two inspired geniuses, who dared to make the impossible come true.

Apart from these unique public institutions, Doshi also left his stamp on the private homes he designed. The Aranya low-cost housing in Indore, for instance, remains one of his signature creations, conceived in a way that fosters a sense of cohesion among the community that lives there without compromising the privacy of the families. The idea that architecture could be a vehicle for social good and sustainability was ingrained in Doshi’s ethics from the very beginning. To that extent, his approach was Gandhian. Frugal and unostentatious, Doshi’s brutalist aesthetics, though admired globally, were not easily palatable to his Indian clients. When Morarji Desai, the former Chief Minister of Gujarat, saw the Ahmedabad Textile Mill Owners’ Association House designed by Doshi, he was dismayed. ‘Is this what modernist architecture is all about? With inside organs exposed?’ he had said, Doshi recalls.

For Doshi, the inheritance of the legacies of Le Corbusier and Kahn was a mixed blessing. If these two ‘gurus’ gave him a vocabulary with a global resonance, they also left him with the challenge of integrating their styles with his local, and more immediate, realities. To become a truly modern Indian architect, Doshi realised he would have to find an idiom that suited the context in which he was building. He had to learn to pay attention to the flora and fauna that surrounded the site. He had to listen to the messages sent out by the soil—‘the land will tell you ‘do this and not that’’, he writes it in a section underlining the importance of site visits.

The path Doshi followed was often slow and uneconomical, in terms of the time he spent on a project, but he refused to give into pressure. He ended up spending years on projects that others would finish in months. Worse, his career suffered multiple setbacks due to financial losses. But nothing could deter him from pursuing the logic of his dreams. ‘I have no fear of losing because actually there is nothing to lose,’ he writes, ‘My most prized possessions are not material ones. I have dreams. They are mine. Nobody can rob me of my dreams.’ Every page of this book is touched by the spirit of such raw idealism. It is the scaffolding on which a sublime career like his is built.

‘Going to the site does not call for resolutions right there and then,’ Doshi writes elsewhere, ‘It is the memories of the visit that will find a place in your design.’ Indeed, memory plays a vital role in his work. The remembrance of the comfort of his boyhood home, the transient spaces he inhabited during his peripatetic years in Europe, the places of worship he visited in India, the ateliers of his colleagues across the world—all come together in his creations in an allusive harmony. For Doshi, designing a space involves revisiting old affinities, the ties that hold families and friends close and give meaning and purpose to life.

Architecture, as Doshi perceives it, is therefore a dynamic organism. In spite of its obdurate materiality, the discipline inspires abstract, often fanciful, reveries. It makes him intrepid and ready to venture out of his comfort zone. Although it is rooted in concrete and bricks, it isn’t static and inert. The true architect, as the Indologist Stella Kramrisch once told Doshi, must reinvent himself in the likeness of a sthapati, as described in the canonical Indian texts. ‘An Indian sthapati has to be a yogi to feel the vibrations of every element in the cosmos,’ she said, ‘including the materials and users of that space.’

For Doshi, the idea of the architect being alert to the needs of the future inhabitants of a space is crucial to the success of a project. It is also the most difficult aspect of his profession—one that no amount of technical expertise can help tackle. Much like an artist, the architect must also tap the deepest reserves of empathy in his being to breathe life into the vast emptiness of space.

In one of the most poignant passages in the book, Doshi writes about designing his studio Sangath, based on the architectural principles of ancient Indian temples. ‘They say that under the ocean there is another world which is full of silence and sounds,’ he writes about working in his studio. ‘When you sit alone in the dark hours of the early morning, you slowly become aware of the distant sounds of birds, insects and become conscious of the vastness of space.’ In that magical moment, empty space begins to breathe and speak.