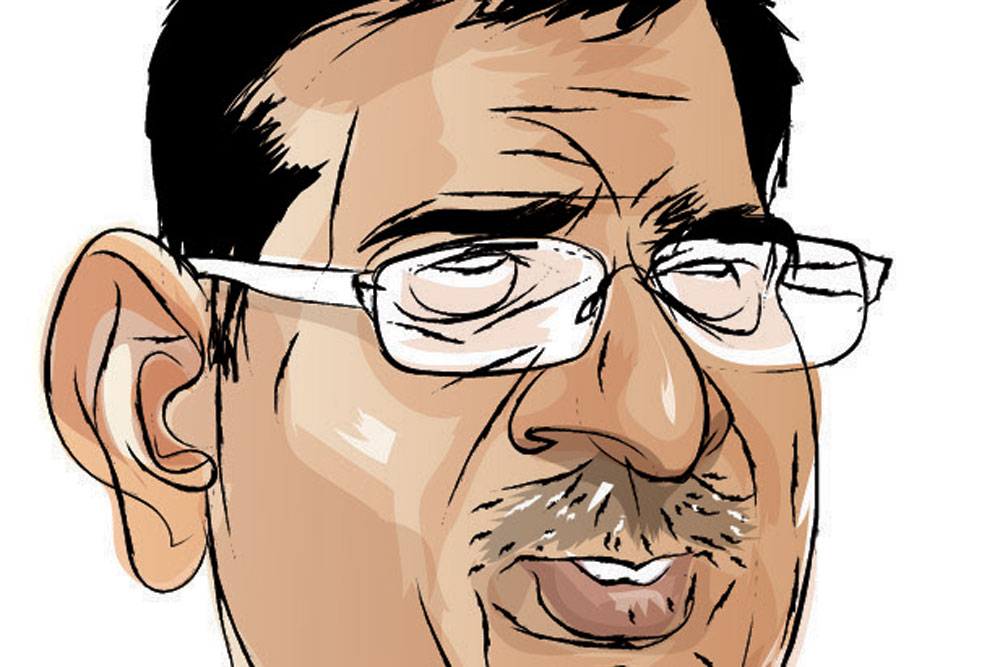 
Bharat Lal recently became the Lokpal secretary. Originally from the forest service, he was earlier the additional secretary of the National Water Mission. Before 2014, he was Modi’s man Friday in Delhi and used to organise the attendance of foreign ambassadors at the Vibrant Gujarat event. When Modi became prime minister, Lal was made joint secretary at Rashtrapati Bhavan and was the main bridge to the Prime Minister’s Office. Some say the appointment as Lokpal secretary is a stepping stone for Lal to eventually become principal secretary to the prime minister.

PRIYANKA GANDHI IS giving more of her time to the UP elections than Rahul Gandhi. She is focusing on women’s empowerment in a major way, and recently announced that Congress would give 40 per cent seats to women. She is also getting the party to make a manifesto only for women. But inspite of her dedication, the hard work might go against her since her party has really no chance of a good showing.

IMRAN MASOOD, POPULARLY known as a hawk minority leader from UP, who is vocal against Prime Minister Narendra Modi, recently left Congress to join the Samajwadi Party (SP). But old-school SP insiders are saying that it may not be such a good move. Masood usually loses elections. He had lost in the 2012 and 2017 Assembly and 2019 Lok Sabha elections. After joining SP, he could further add to the polarisation along religious lines and widen the Hindu-Muslim divide. BJP might actually benefit from this.


In Varanasi, after the launch of the Kashi Vishwanath corridor, Narendra Modi is said to have supplied all the priests there with jute shoes. He had observed that they were barefooted on the marble stones of the new complex in cold weather and told the authorities to get them
the shoes.

THE TECHNICAL COMMITTEE formed by the Supreme Court to look into the Pegasus hacking controversy has announced that anyone suspecting his mobile phone is being spied on by the state machinery can make a formal complaint and give his phone to the committee to look into. Since Rahul Gandhi had said his phone was spied on, there is the question whether he has submitted his mobile phone to the committee. Instead, he seems to have gone abroad with the phone. Other political leaders who made similar complaints have also not submitted their phones.

NOW THAT THE dates for the state Assembly elections have been announced, the Election Commission has given an advisory that the model code of conduct will be in force and parties cannot use government schemes as a campaign plank. They must, in fact, be kept on hold. But the UP government is asking how schemes that benefit the poor, like food subsidies and gas connections, can be stopped. This is a grey area and the opposition is claiming that the state government is using these benefits for the poor as a vote-gathering strategy.

Aam Aadmi Party (AAP)leader Arvind Kejriwal’s dream is to expand into other states, and he is therefore putting a lot of effort into the Punjab elections where AAP has a sizeable presence. In Uttarakhand, he has chosen a retired armyman, Ajay Kothiyal, as chief ministerial candidate. In Goa, too, he is aspiring for some seats. In all the states, his main campaign weapons are free water, free electricity and other such freebies. He cites the example of what he did in Delhi. In Goa, he however runs up against Trinamool Congress which has become active in the state.

MOTHER TERESA’S organisation, Missionaries of Charity, had got its foreign contributions stopped under the FCRA Act by the home ministry. It had permission till December 31st and then suddenly saw it withdrawn. But then, the Government did a U-turn and allowed such funds. It is said that Narendra Modi intervened to overrule the previous order. It could be international pressure, given that he had recently visited the Vatican and met the Pope. Another rumour is that Odisha Chief Minister Naveen Patnaik and West Bengal Chief Minister Mamata Banerjee had both been vociferous with their objections and that also influenced Modi.

A MONTH HAS PASSED since the untimely death of then Chief of Defence Staff (CDS) Bipin Rawat in a helicopter crash. But there has been no replacement yet. One of the main options could be Army Chief General Manoj Mukund Naravane. He is going to retire in April when he turns 62. But if he is made CDS before that, he will have a three-year tenure because the age of retirement for the CDS is 65. Eventually, the prime minster will make the decision.