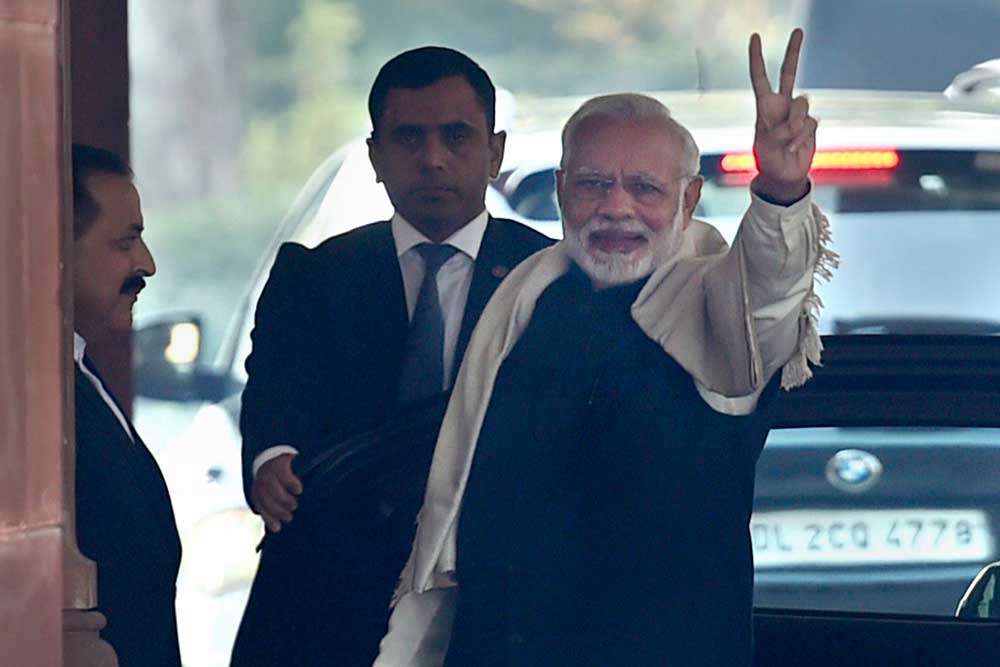 IN THE POST-VICTORY election speeches of Amit Shah and Narendra Modi, you saw distinct attitudes. Shah picked on the decimation of the Congress, mocked Chandrababu Naidu and alluded to the ‘Tukde Tukde’ gang. Modi’s was in the magnanimous statesman mould, looking to a future with new beginnings and good intentions. As has been known for around two decades now, they don’t have different voices. So even if there were two speeches, you could see those as extensions of the same mind, which leads to the question: What then is the tenor that the future will hold? Will it be the perpetual combative campaign mode of Shah or what was imputed in the first tweet of Modi after victory was certain—‘Sabka Saath, Sabka Vikas, Sabka Vishwaas’?

‘Vishwaas’ is a new word in his lexicon of slogans. The term ‘inclusive’ also featured in that tweet which could mean, well, ‘inclusiveness’. Will Modi’s earlier silences after cases of violence by the extreme Hindu fringe change? Or, even if it does, will just one bad state election once again shed the ‘inclusivity’ for the safer embrace of the BJP’s rigid core? Or, will the next five years witness a tug-of- war between these courses of action? The only people who know the answer to this are Modi and Shah.

Or, maybe even they don’t. It is not even as if they need to commit to any one option. A feature of Modi’s political journey has been his malleability in service of realpolitik and quick response to events, like the use of Pulwama to change the campaign focus to nationalism. Or, despite being by instinct a free-market rightist in economic policy, launching in the last five years a programme that is as socialist as it comes, from direct transfer of subsidies and benefits to free healthcare for 500 million low-income households. While saying ‘the government has no right to be in business’, there is really no record of the Government getting out of any business in his first term. Even Air India, a PSU white elephant if ever there was one that exists only for its employees, wasn’t privatised because of its political cost.

The liberal fear (and depression after the results) about Modi, that in its extreme sees him as waiting to unleash India’s Final Solution, glosses over this fundamental point: he is cleverer than most but yet only a politician, moved by the same things as all other politicians: getting re-elected and, within that constraint, creating a legacy. The reason why a Hindu Rashtra is nowhere on the BJP’s horizon, even if many of its members crave for one, is simply because it will lose them votes and get them none that they already don’t have. To keep getting 30-40 per cent of the Indian vote must necessarily be a marketing mix of development, nationalism, Hindutva, the public’s desire for a strongman, giving vast subsidies to voters, a clean image, a quasi- hermitical image, creation of roads and so on. To ratchet up Hindu religious extremism beyond a point is to put a spanner in all the other factors necessary to return to power. The next five years of Modi might in the end be exactly like the five that have just passed. A pinch of everything.