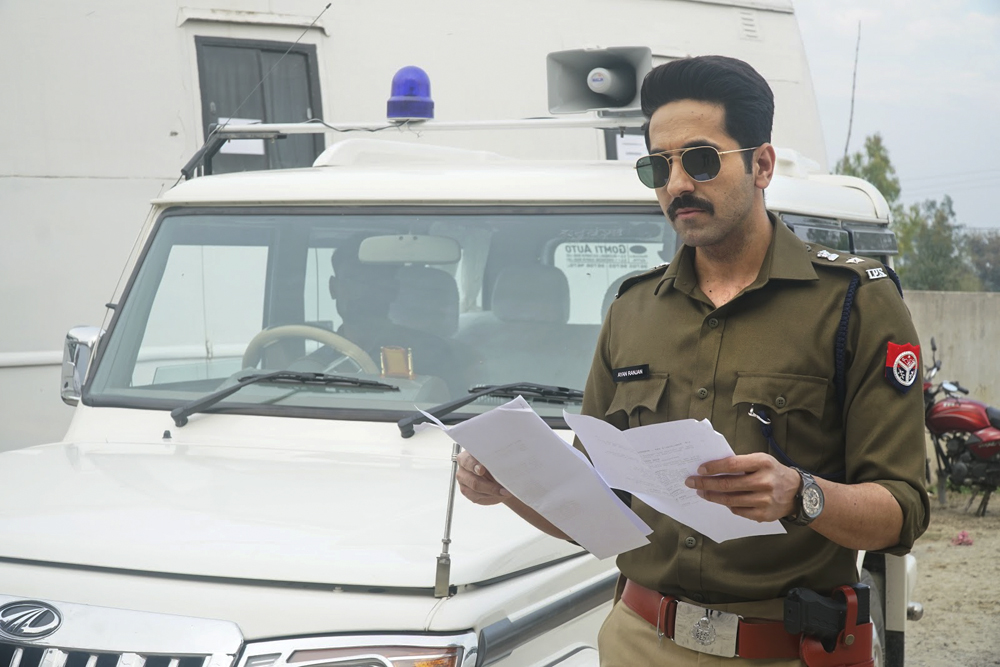 EVERY ACTION, WHEN evaluated by its intent, is a pretty good indicator of whether it is morally appropriate; whether it was good to do so or not. And yet, to see the reaction against Article 15, a movie which has at its centre the oppression of Dalits, by both upper castes and Dalits themselves, you would take away an entirely different idea—that intent and even effect is irrelevant if it does not fit into tropes of political correctness.

The movie, inspired by true events, is about the gangrape and killing of two Dalit girls because they asked for a meagre raise from the local contractor. A newly posted IPS officer, played by Ayushmann Khurrana, who is removed from the idea of caste because of his upper-class metropolis background, finds himself wading through the thicket of real India. He eventually manages to do justice. Bollywood is usually shy of such themes because it doesn’t make good commerce but Article 15 is a fairly entertaining movie and making decent money. The movie takes liberties to that end. In one scene a policeman refuses to buy something when Khurrana’s character asks because the hawker is a lower caste. The policeman adds they don’t even go near such people. Even in the most caste-ridden black hole of India, it is hard to imagine a constable say this to an IPS officer and get away with it. Casteism in institutions no doubt exists but it is covert.

Even before the movie released, it ran into protests by upper castes. Karni Sena, which now behaves as one more censor body, got into the melee and were soon mollified. The Brahman Samaj of India made a petition to the Supreme Court asking the movie be banned because it showed their community in a bad light, an impression that if they wanted to correct would need them to go back at least 3,000 years to do some tweaking. In Uttarakhand, Roorkee banned the movie citing law and order concerns. All this should indicate the power of caste if not for the fact that the protests are insipid and find no echo from mainstream politicians. The success of the movie is a reminder that upper-caste agitation has been reduced to whining.

From Dalits, director Anubhav Sinha has got a different set of criticisms which says he himself is casteist in how the story was framed and actors were cast. That it took an upper caste to come as a savior and the only Dalit actor playing a Dalit is the man who goes into a manhole to clean sewage. This is activist talk and more or less an unwinnable debate for Sinha because no matter what he would have done, because he himself is not Dalit, something from the story would have been nitpicked. The natural extension of such a view is that a movie should be absolutely grounded in reality, with only Dalits acting as Dalits. That would be a documentary. Also, casting is entirely based on who the director thinks is the best actor to tell his story. And there is Sinha’s intent. Anyone who sees the movie will have no doubt about its anti- casteism. And that should be enough for an artist.