The Pull of Realpolitik

On the future of AAP after three years of ruling Delhi 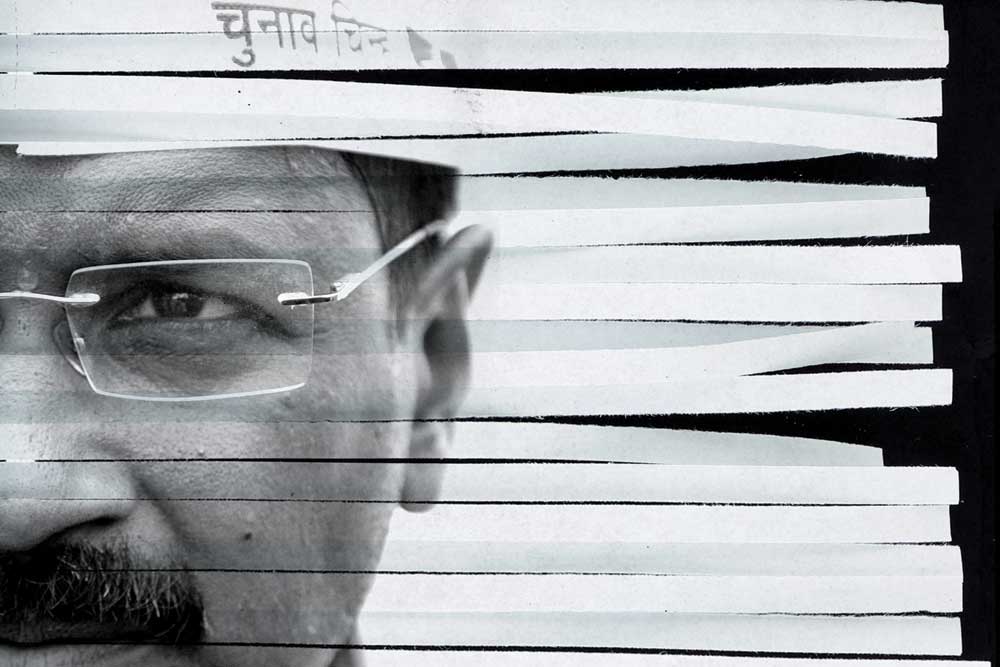 IN INDIAN POLITICS no one is ever written off. Often, there is nothing that a party out of power has to do but to have patience. Just a year ago, the Congress had been considered extinct by many, but after recent Rajasthan bypoll results, it finds itself back in the reckoning. It is hard to think of anything that it did which led to this. Voters begin with high expectations and soon get bored or disappointed with all governments in power. It goes under the label of ‘anti- incumbency’. But to reap the rewards of this phenomenon, the opposition party must have a critical mass of popular support. It is this space that the Aam Aadmi Party tried to capture and, as it completes three years running Delhi’s government, the ambition is still far from fruition.

From when Arvind Kejriwal, its leader, in the first flush of victory, exhorted Delhities to do sting operations on his own administration to his allotment of Rajya Sabha tickets to those whose contribution in the party’s rise is suspect, the change in its idealism on issues like transparency has been considerable. As Yogendra Yadav, a former AAP leader, had tweeted after the Rajya Sabha nominations, ‘I used to say, whatever his other faults @ArvindKejriwal cannot be bought. Defended him against Kapil Mishra’s allegations. Now I don’t know what to say. Speechless, ashamed and numb.’ As someone who was evicted by Arvind Kejriwal, Yadav is not a disinterested observer. But AAP didn’t spell out the reasons why a businessman became eligible over other long-standing functionaries. The reason is simple. It takes money to run a political party, and the model of small contributions to fund it works only a couple of times at most. What then remains is what has always been the standard operating model of party finance in India—take it from those who have money to pay. It is easier to get a single large contribution than a million small ones.

But that Kejriwal was willing to compromise does not portend the end. In fact, it is an indication that the AAP is not going to fade away, even if it loses the next election in Delhi. Kejriwalwill survive in Indian politics because he has realised what it takes to survive and is willing to do it. In earlier times, he used to appear at a podium and rattle out a tuneless song in a raspy voice. He braved these performances because he felt, perhaps seeing the tricks of some godmen, that it had appeal with crowds despite the absurdity. He doesn’t sing anymore, thankfully. Kejriwal has learnt to adapt. At some point, he will also dance if it warrants it.

AAP has two years left in Delhi and, with the Centre’s deliberate shackling, there is little he can do. But there is time after that. The speed of AAP’s rise to power in Delhi was extraordinary. Barring some south Indian movie stars like NT Rama Rao and MG Ramachandran, rarely has a party swept to power as soon as it was formed. AAP, as an experiment in democratic revolution, never had any chance of success. But it will hang on as one more of the same old stock.