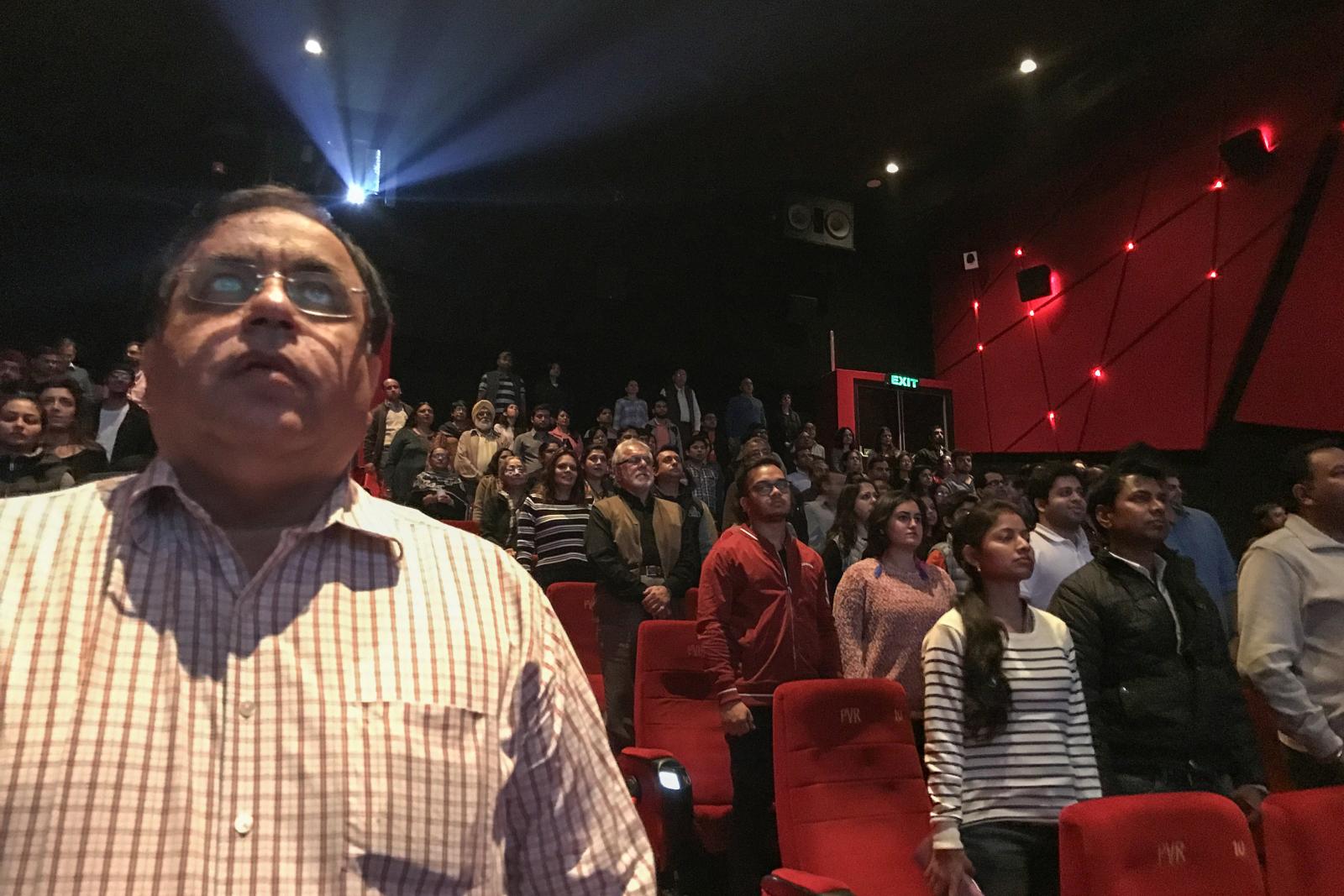 THE REVERSAL BY the Supreme Court this week of its earlier order making it mandatory to play the National Anthem in movie halls was unexpected because of the implicit admission that it hadn’t been thought through enough. It is also impressive because the easy thing to do would have been to let the status quo (and people) stand. Faux patriotism, by its very nature, is protest- proof in an insecure country.

There can be little by way of rational argument in making someone perform an act against his or her will using nothing but a nationalist whim. Why, for example, pay obeisance to the National Anthem in theatres and not before catching a train? Why should an Indian display patriotism in a manner of someone else’s choosing? Or why shouldn’t he have the right to not be patriotic at all? Five years ago, the wife of actor Puneet Issar got her five minutes of fame when she slapped a man in a movie theatre because he did not stand up for the anthem. She followed it up with gleeful media interviews basking in the glory of her act. Consider the two acts: one, an act of omission confined to the darkness and cloister of a cinema seat, and the other, a violent physical assault compounded by public humiliation. Why didn’t the man hit back? Ordinary decency but also the fear that any retaliatory action would make the entire crowd in the theatre his enemy. He came to watch a movie, not to do battle over free will. It is an episode representative, on a minute scale, of what nationalism unleashes.

The judiciary has managed with some difficulty to extricate itself from an issue of its own creation and thrown the ball in the Government’s court. A group of bureaucrats will now deliberate on the apt manner in which the National Anthem should be observed—the where and when of it—and submit a report in six months. What they will probably not look at is the why. Why is this something that merits spending time over? The country went along fine even when movie theatres were not hotspots for the National Anthem. But now consider a PTI report showing the twisted ballooning of the issue: ‘…a special secretary in the Ministry of Home Affairs, will head a 12-member inter-ministerial committee which would take a final call on the playing of the national anthem in cinema halls and public places and recommend, if needed, changes in existing laws. …Set up on December 5 last year, the committee will have representations from the ministries of Home Affairs, Defence, External Affairs, Women and Child Development, HRD, Culture, Parliamentary Affairs, Law, Minority Affairs, Information and Broadcasting and the Department of Empowerment of Persons with Disabilities.’

Women and Child Development? External Affairs? What expertise will they contribute? Why not just create a Ministry of Serious Entertainment and gets its secretary to head the group. One could hope that this elephantine committee will postpone a decision indefinitely, but that might be hoping for a lot.