The B Factor in Trump’s Victory 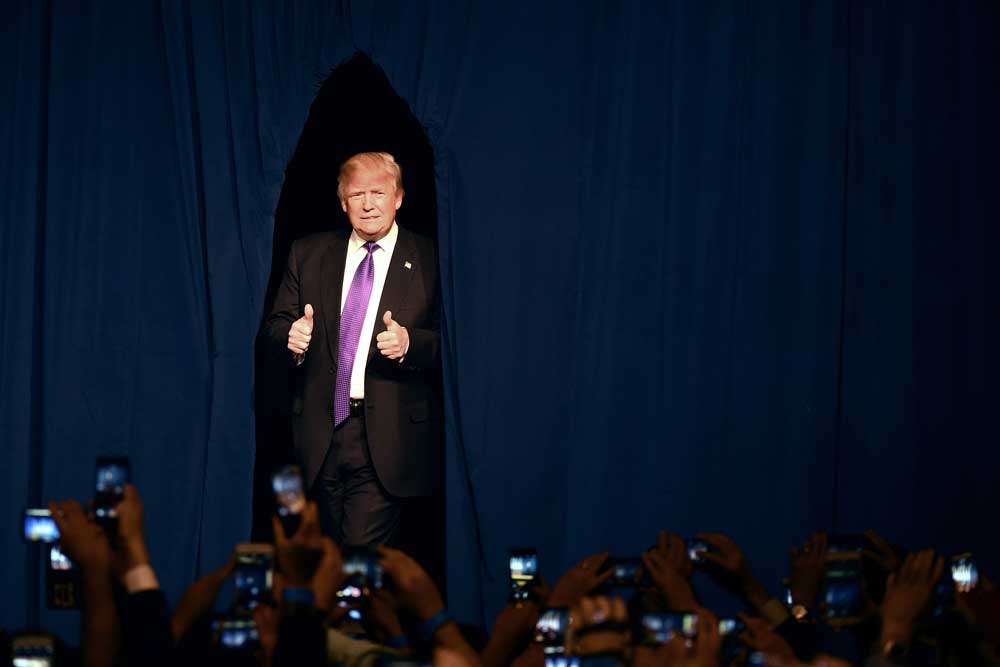 THE DAY BEFORE the US election, as your columnist, who stood among the rank and file of the wise men certain about human reason, meditated on the victory of Hillary Clinton, it occurred to him that this election could be about the arrival of the women’s vote, given how much it was believed to have swung away from Donald Trump. As is evident now, women did vote a little more for Hillary but it was of no consequence.

There are reasons why events that would destroy a regular politician did not make the slightest dent on Trump, but who can now say with any certainty what they are. Theories on why Trump won are being floated by the same pundits who were clueless about what was changing under their feet all this while. Nicholas Nassim Taleb, author of The Black Swan and to his credit someone who was disdainful of all the polls that showed Hillary Clinton winning, has long believed that a category of people he calls ‘Intellectual Yet Idiot’ have no conception of the real world and yet have the hubris to decide its course. That what is happening everywhere is a rebellion against the phony intelligentsia who flounder in bewilderment at events like the Trump victory.

But even that is a theory like any other. Some liberals in the United States expected that the election would be a referendum on racial hierarchy with White Americans wanting to turn back the tide of them losing their place at the top. Others lean on the economic argument, the security of the majority, which is made up of the White working- and retiree middle- class. Or the trust deficit that Clinton had, the lack of enthusiasm among Blacks and Hispanics even though the majority of the minority were behind her. Deconstructing the collective wisdom of a people is difficult but there is one factor which is inevitably present in every election, and that is boredom.

Pollsters can give it the fancy name of anti-incumbency, but boredom is all that it means. Some societies get bored fast. Like Kerala, where they change governments like clockwork with every election. Or Tamil Nadu, where Jayalalithaa managed to bribe the voter out of this trend. You can see it when Uttar Pradesh removes a Mayawati, who was firm on law and order, to bring in a party that had a history of goonda raj.

In the US in recent times, eight years is what they gave every president before changing parties. In the last 35 years, there was one exception to this. Against an entertainer like Trump, the predictable Hillary promised four more years of exactly what Americans had been living under. A citizenry also wants excitement from its politics. Boredom isn’t the only reason, but it provides the fodder that showmen like Trump feed off.