Root for the Thinking Man 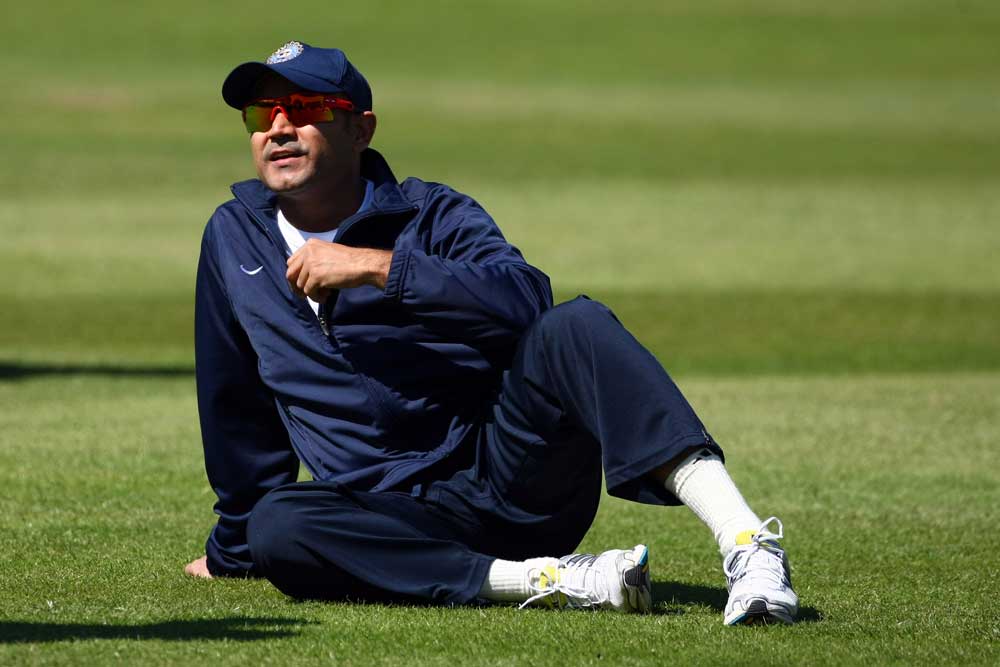 VIRENDER SEHWAG’S application to be Indian cricket team coach with a two line CV—that he has played with the team members before and is a mentor with the IPL team Kings XI Punjab—exhibits the same recklessness that made him a legend as a player. The pseudo-application was cryptically explained in Twitter by him through a retweet of a follower who wrote, ‘I think he doesn’t require a CV all cricket loving person know him very well and his records’. That is true and the reason why giving him the job might not be such a good idea.

What does one need in any coach of any game? Vision and ambition, sure. A certain ruthlessness in driving those under his charge while knowing and not bending them beyond their breaking point. A cruel sensitivity, if you want to call it that. And also, because the coach himself is never playing and with the relative objectivity from being an observer, he should be the ablest strategist in the crew. On most of these counts Sehwag is somewhat at a disadvantage.

His playing career was guided by instinct and abandon, which worked rivetingly well for long and failed spectacularly towards the end. The only surprise was that it lasted as long as it did. There was extraordinary talent and blockheaded fearlessness to stick to a routine even when it had run its course. Courage in action is good to watch but as a daily guiding principle of life it is a path to self-destruction. Brain always trumps brawn. Those species that survived evolution did it by guile, like humans. Tigers and lions eventually became easy prey, prevented by extinction only by the grace of man.

There is precedent in a cricketer of the Sehwag temperament testing the waters of coaching. Here was Kapil Dev, the greatest bowler of Indian cricket, coaching a team in which the captain was the greatest batsman of all times, Sachin Tendulkar, and their record? Dev’s strategy when he took over as coach, at least in public statements, was to just ask the ‘boys’ go out and enjoy themselves. It is doubtful whether they ever could do that after winning just one Test from eight matches. The showing might have been much better if the roles were reversed; Tendulkar was coach in a team under Dev as captain.

The best coach at the moment for India is the one who is right now with the team. As a thinking cricketer, you would have to scramble for anyone better than Kumble. The team’s performance since he took over has been overwhelmingly wins. If Kumble has to now reapply for a job despite that, then the same should apply to Virat Kohli. If Kumble’s style intimidating the players under him is a reason to change him, then 90 percent of the best CEOs in the world would have found themselves out of a job starting with Steve Jobs. The reason it is the employees who get sacked is because the measure that counts is the valued added. It is good to get along with the coach, but it is even better to win.