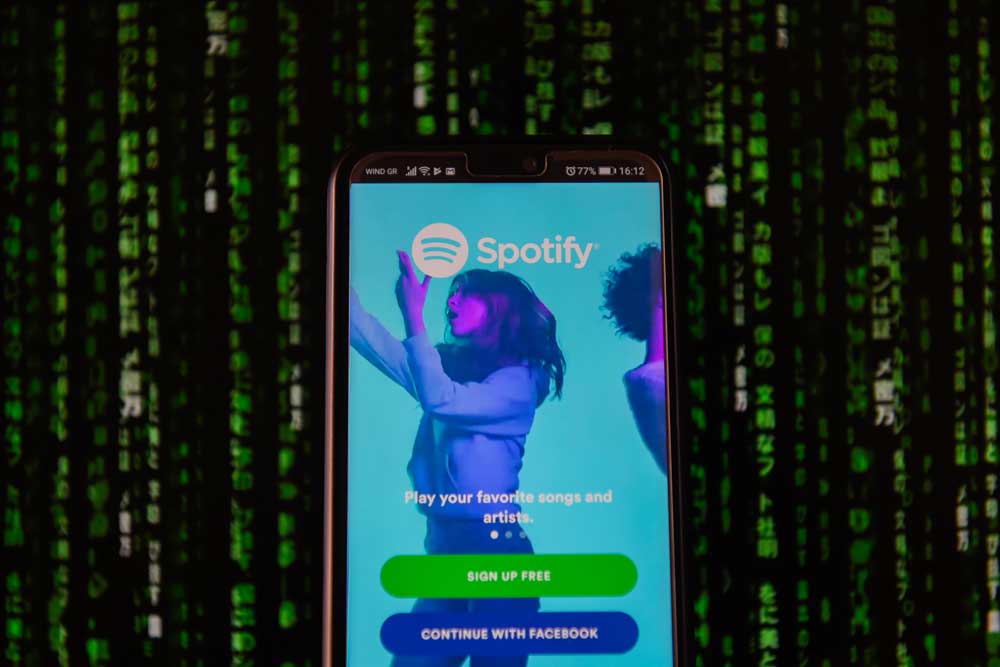 SPOTIFY HAS OFTEN been described as a business that seeks to be the Netflix of audio. It is one of the biggest music streaming services that has lately through acquisitions also got into the podcasting arena. This gives it scope to make exclusive content, like Netflix does with video, which then leads to the ability to set itself apart from other players.

It is in the fitness of the world- conquering ambitions of such digital ventures that they must be in India. The Western market is long saturated and can only be gamed for icing, the cake has already been consumed there. That leaves China and India for any new-age business that needs rapid growth to be future-ready. Spotify this week finally launched in India and it is interesting how they chose to diverge from Netflix in its strategy.

Spotify is charging a little over Rs 1,000 for a year of its premium service. That is less than what it charges for two months in the US and is the only way to get a real footing here. Contrast this with Netflix, whose lowest price point is Rs 550 for a month. And lest you think that is the difference one pays for video, competitors of Netflix like Hotstar charge what Spotify does. Amazon Prime Video is also in the same range. While Netflix arguably has better content, to assume that a sufficient number of Indians will pay between Rs 5,000 and Rs 10,000 for quality is optimistic. Such pricing can signal two things—that it wants only a small slice of the market that has the ability to pay, or it thinks a business model that led to extraordinary success in the US is replicable elsewhere at the same charge. The end result in a country like India for both assumptions is the same: a large number of consumers turning away with a shake of the head.

It does not bode well to step into India with a mindset blind to price. This is most exemplified by Apple’s dilemma. With iPhone sales finally flagging in the places where it has already cornered the market, it is desperate for new markets but just can’t seem to crack India. Earlier, you could have ascribed it to disinterest but that is no longer the case now. Because it is unwilling to price the iPhone more reasonably, it experiments with palming off refurbished models or pared-down dated versions. That has not helped. India remains a blank spot for Apple while a Chinese company like Xiaomi, which understood that price is the overriding consideration here, makes billions as the top smartphone seller. A recent Forbes report said, ‘The poor sales results have led to Apple being lumped into the dreaded ‘Other’ category in phone sales statistics, behind obscure (to westerners) companies like Trassion. Analysts estimate Apple has just 1% of the world’s fastest- growing smartphone market.’

India is always going to be a volume market. There might be a huge middle class but they just don’t have the iPhone- level money and even the rich here look for deals in snob-value items. To bring a Western story lock, stock and barrel is just postponing a price-rationalising strategy that will eventually be forced on them.