Between cultivated bravado and humiliation, the story of Ravindra Gaikwad 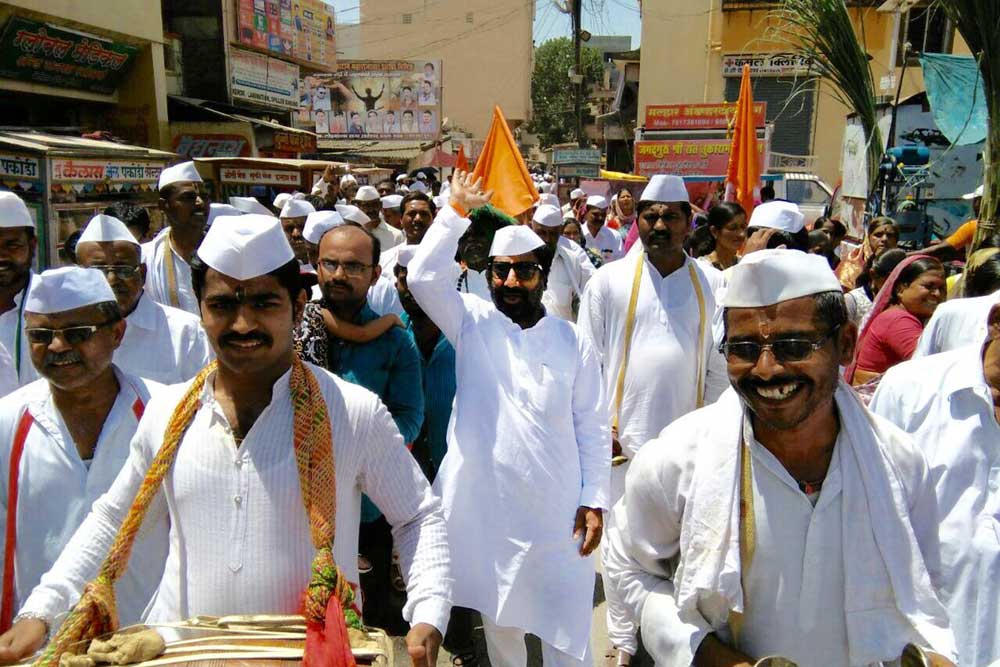 WONDERS ARE MANY, and among them is the amusing one called the successful political flunky, stooge, follower, suck-up-er. He apes the mannerism and morals—or lack thereof—of his lord and master, who himself, if he is a leader-entrepreneur, is somewhat shrewder and knows the delicate art of balancing criminal narcissism and faux straightness. Bal Thackeray, for all vacuous fire and brimstone, felt the direction of the wind before he let loose his vitriol. He knew when it was okay to beat up south Indians and when he could get away with inciting riots against Muslims. When he knew he could not, he did not. He shuffled between gutter-mouth and King’s English according to the tastes of those before him. He didn’t spend a day in jail and it would have been pointless for any airline to ban him because he never left Maharashtra. Ravindra Gaikwad, the Osmanabad Member of Parliament, and a generation of Shiv Sainiks, who profited by the worship of this god, alas, learnt none of his finesse.

They imbibed the attitude without the cunning. Some have lately tried to evolve. Raj Thackeray’s verbal affronts are relatively minor, and the days are long past when Narayan Rane uttered his last threat in public. Yet, here we have poor Gaikwad, the first MP in the history of MPs to be humiliated by a government airline famous for abysmal service and crawling to the whims of politicians.

All Gaikwad did was speak like he had taught himself to in the classroom called ‘Aping Thackeray’. Everything in subsequence, the PR disaster so easily cooked up with a recipe that included—recalcitrance, violence, justifying violence, threatening further violence, refusing to apologise, a posture of continuing arrogance even if the sandals are quaking underneath—is all learnt from deep mimesis, a behavioural franchise that earned well up to a decade ago. Since then, in the visual age, even politicians have decided that exhibiting decency gets more votes than showing who they really are. Even the current Shiv Sena chief has not a word of support for his trapped MP. In earlier times, there would be chest thumping, because violence was fetishised so it could be used by the Thackerays when needed. This was a party that had only characters like Gaikwad. Now he stands alone, an anachronism travelling to the horn of the car.

Should we not empathise? Treat him as they do juvenile delinquents, who are not thought to be adult enough to be responsible for their actions and not young enough to be absolved. The ban on his flying is inappropriate because it is unilateral without a deadline. Unfettered power to close the skies to an Indian citizen must not rest with an association of airlines. Gaikwad’s punishment, then? A ban, so long as he is an MP, from free business-class travel should do very well. The humiliation of flying cattle-class for someone who thinks he has worked his way out of it.