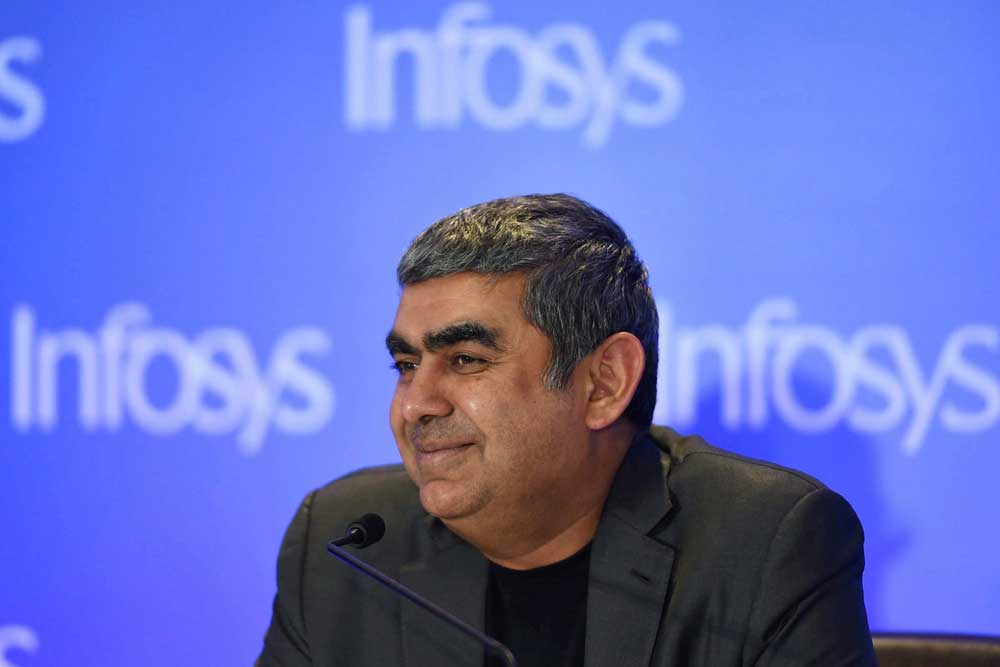 INFOSYS CEO Vishal Sikka, much like the infotech sector of which his company is the figurehead, has not been having a good time lately. A fat severance pay to a CFO, his travel in chartered flights and even his food bills have been put to scrutiny, triggered by a public dressing down by a company founder, NR Narayana Murthy. Business expenses that would be underwhelming in any other entity of Infosys’ size have turned into an ethical issue because of what is believed to be a circumvention of the values left behind by the founders.

It is somewhat contradictory because the last couple of founders didn’t exactly make the company flourish when given its reins, the reason why Sikka, an outsider, was hired as CEO. If you get someone because he is a Silicon Valley insider, then he will follow the norms of that ecosystem. When Sikka was hired, Narayana Murthy was quite okay to give him a salary that would be unthinkable for any of the founders to take.

When personalities like Murthy or Ratan Tata speak, it is taken for granted that the moral authority they possess also makes them right. Even if they mean well, that is not necessarily so. They could just be controlling patriarchs who are impossible to satisfy. Oppenheimer Fund, a large shareholder of Infosys, was right when it stated that the founders shouldn’t confuse themselves with being the owners; they are just shareholders in a publicly listed firm.

Sikka is also getting a taste of how whimsically public opinion swings in India and the ridiculous orbits it can mount. This is an exchange involving him from the transcript of a CNBC interview that has led to an entirely new controversy over casteism:

Sikka: “Absolutely. I am a Kshatriya Warrior.”

Consider the extraordinary interpretation of this line in an Indian Express editorial: ‘The issue of Kshatriyahood as a suitable qualification for leading arguably India’s most widely respected IT company does, of course, need closer examination. If a caste qualification is, indeed, necessary, shouldn’t Sikka replace himself with a Baniya?’ The same argument appears in opeds of other papers and, of course, the self-referential smugness of social networking. The syllogism they employ is this:

1) Sikka, the CEO, says he will fight like a Kshatriya

2) Therefore only Kshatriyas get to be CEOs of Infosys

And from thereon, the third limb of this reasoning:

3) Therefore there is casteism in infotech companies.

These are leaps of logic with massive vacuums in between. What keeps it from being called out is the deliberate confusion between caste and caste discrimination. There is nothing inherent in today’s world that makes a proud Kshatriya biased against others. He could be, but it’s not a given. To take political correctness to an extreme where just the use of a word, shorn of context, becomes a mark of character is Orwellian.