How to be Hungry But Untouchable

North Korean missiles and the tenuous balance of a safe world 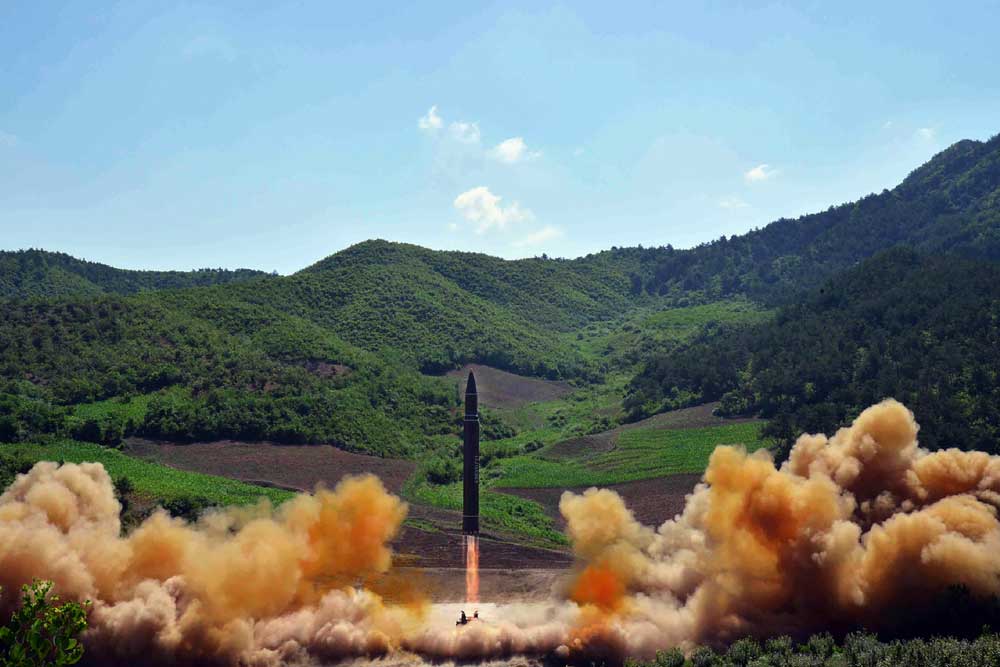 IN THE 70S and 80s, one of the great imaginations of human doom was the Nuclear Winter, the earth laid barren and desolate by radiation and fire from which smoke would be a blanket of dark around the atmosphere, freezing the ground into nothingness. Even now writers hark back to it as a theme that has its uses, but with the end of the Cold War, that vision of waste went into a folder in the attic. This week is as good as any to dust and take it out.

North Korea claims to have tested its first Intercontinental Ballistic Missile. It can easily reach Delhi, which is about 4,500 kilometres. India has no quarrel with North Korea, so we are far away from that line of sight for now. But its ICBM can reach Alaska, which is the United States of America, the leader and arm-twister of the world. In a few years, North Korea might be able to put in little nuclear bombs on those missiles and that changes the possibility of forcing it to be a respectable deferential member of the world community. The isolated mainland, separated by oceans from the Old World, is the security and pride of the US and that it can be breached by a small outpost run by a mad dictator is unacceptable to it. The US is also now led by a man with little sense of history or consequences. And so the chain of being seen to react and the reaction to that reaction must necessarily begin.

Even without long-range missiles, North Korea is a remarkable project of resilience. A thousand years ago, the world was made of kingdoms where North Korean society would fit in snugly. Now, its people are called enslaved and brainwashed (it is somewhat of a contradiction to be both, because if you are brainwashed then you don’t feel enslaved). But they also have millions of fighting soldiers, making the country immune to bigger powers. This is no Middle Eastern tinpot dictator who buys arms so that at some point he can be invaded by his supplier. The family that rules North Korea remains in power because they are willing to forego the decencies of the modern world. When nationalism peaks, its apogee is North Korea—a great leader giving a lot of self-respect and hunger to those he has robbed of thought.

Questions of right and wrong are in the end decided by power and force. It is what makes a crop of nations with nuclear bombs decide that no one else can have these weapons. The only way to gain entry is to break the door open. India did that after its nuclear tests. North Korea is planning to. Between that point and now, when with its vast army and missiles that can breach oceans, what is to be its fate? It can still create small nuclear winters in Asia and there is nothing to suggest that it won’t if pushed. The world is teetering to a place it would rather not be, prodded by this small mad country walking alone to its own pace surrounded by policemen who dare not leave it be or touch it. What we can all be certain of is that nothing will go according to plan.