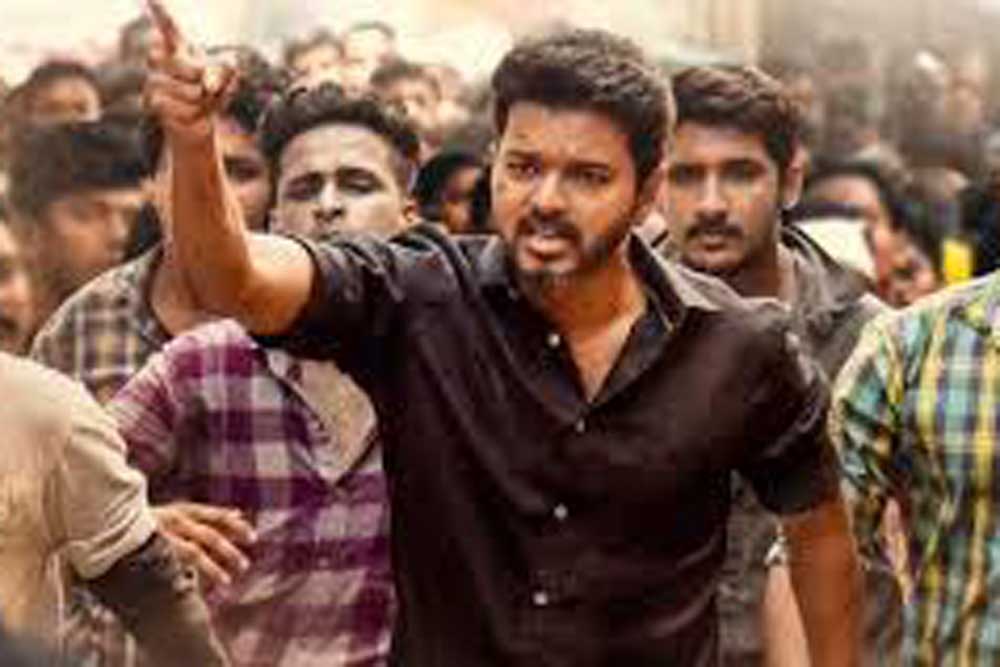 THE ONLY SURPRISE in the violence that happened in Tamil Nadu over the movie Sarkar is that it took so long in the coming and for that you have to blame the demise of J Jayalalithaa, the last political titan to come out of the AIADMK stable. The agitation swiftly petering out is also the result of the party’s headlessness, even though it was the alleged portrayal of Jayalalithaa as a murderous villain that sparked it off. The movie is patently political in a manner that only Tamil cinema aspires to and achieves. And in one project, it weaves in the ambitions of multiple players of the Tamil political landscape.

Sarkar has been produced by Kalanithi Maran, who is from the opposition DMK fold. His own equation at present with the party’s leadership will only be unravelled in the months to come, given the splintering in the family after the death of M Karunandihi whose son Stalin has eased himself to the head of the table. About their common enemy, there is no doubt. If the movie has an evil party called AMMK, it doesn’t take too long to roll it off the tongue as AIADMK. Komalavalli, the name of the villain, was also the birth name of Jayalalithaa. In one passing scene, her father, the chief minister, speaks in Malayalam, which links him to AIADMK’s founder MG Ramachandran’s roots in Kerala.

Such blatant provocation, especially with the AIADMK in power, would have been dangerous if Jayalalithaa had been Chief Minister. Retribution would have been sure and swift, both from the streets and the government. But what remains now is a gaggle of clueless politicians waiting for a saviour while keeping themselves in power. Even the token violence they unleashed was insipid compared to the sustained shock and awe of her time.

The new factor in Komalavalli is its lead actor Vijay, who is the main (but not uncontested) superstar in Tamil cinema. With the movie, he has signalled political tendencies and that is very much in the aptness of the moment. There is a vacuum for an alpha leader after the passing away of Jayalalithaa and Karunanidhi. Rajinikanth and Kamal Haasan have thrown their hats into the ring. Vijay used to be called Ilai Thalapathy (Younger Leader) till recently with Thalapathy (Leader) reserved for Rajinikanth. In Sarkar’s credits, the Ilai is excised against Vijay’s name. On his Twitter account, he calls himself Thalapathy. The movie is an announcement of him steeping into Rajinikanth’s pedestal as Tamil Nadu’s main obsession. Also, that he is openly aligning himself against the AIADMK, even if not in active politics for the moment.

One of the reasons the AIADMK can’t bulldoze an actor like him is his huge fan base, which would easily take to the streets. If and when he decides to get into politics, they will form the party cadre, as both Rajinikanth and Kamal Haasan have just done. In Tamil Nadu, movies and politics are conjoined at birth. Every movie star playing his card has a domino effect on others to follow suit. Eventually, there will be a last hero standing. Until then, there will be more drama.