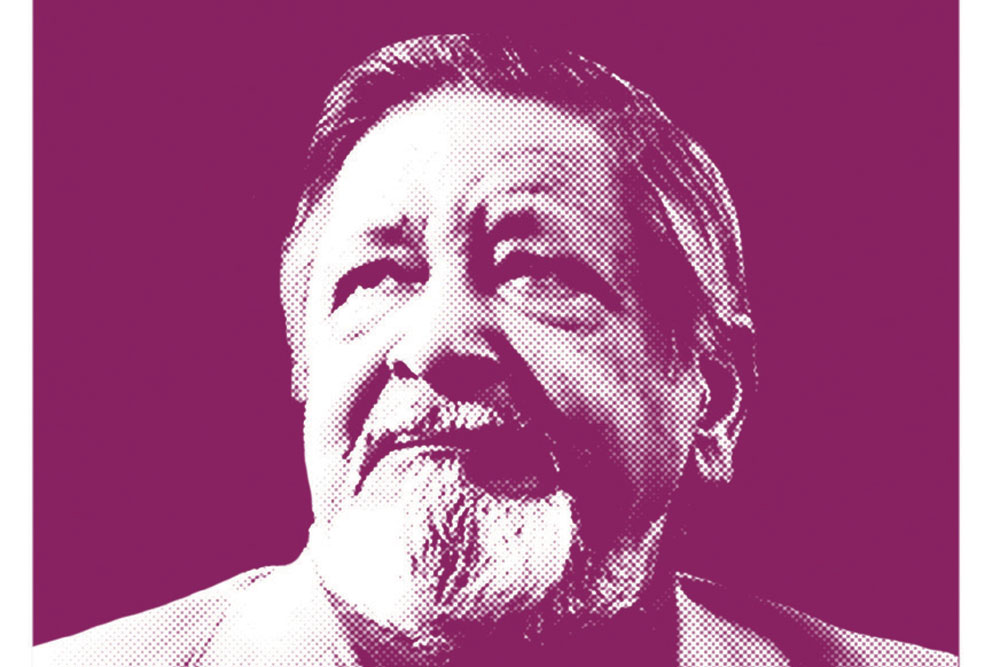 
Teacher: Speaking of our pasts, presents, and futures, who can forget the haunting refrain of ‘Burnt Norton’ by TS Eliot: Time past and time future/What might have been and what has been/Point to one end, which is always present.

Student: In other words, it is the present that dictates how we interpret the past?

Teacher: Yes. The past is usually recuperated in terms of the needs of the present.

Student: If so, let me take you back to the end of our last conversation. You seemed to suggest that British colonialism was better than Islamic imperialism.

Teacher: I didn’t say “better.” They hurt us in different ways, impacted our civilisation differently. Unless we understand this difference, I am afraid, we will not make much progress in our attempts to suture the still open wounds of our past or work towards a better future for all.

Student: Wasn’t it VS Naipaul who called India “a wounded civilisation”?

Teacher: It’s the title of his second book on India after An Area of Darkness (1964). Published in 1976, India: A Wounded Civilization still bears close reading. I say “bears” because it, like its predecessor, is painful reading to us Indians. Naipaul is so unsparing of our faults but somehow manages to touch the raw nerve of what really happened to our nation.

Teacher: Well, A Wounded Civilization, interestingly, is very much an Emergency book. It was written during Naipaul’s visit to India in 1975. In this, it runs parallel to its more famous counterpart, Midnight’s Children, by Salman Rushdie.

But whereas Rushdie located the problem of breaking India in the present, in Indira Gandhi’s Emergency, which he considered the end of midnight’s republic that her father and India’s first Prime Minister Jawaharlal Nehru inaugurated, for Naipaul, the problem lay clearly in the past.

For him, the fall of Vijayanagar was a turning point in Indian history. Vijayanagar, the city of victory—in retrospect, ironically named—was the last surviving Hindu kingdom, carved right in the middle of hostile Muslim Sultanates in the Deccan.

As Naipaul puts it in A Wounded Civilization, “When it was conquered and its capital systematically smashed, more than buildings and temples would have been destroyed. Many men would have been killed; all the talent, energy, and intellectual capacity of the kingdom would have been extinguished for generations. The conquerors themselves, by creating a desert, would have ensured, almost invited, their own subsequent defeat by others: again and again, for the next two hundred years, the land of that dead kingdom was trampled down.”

“And today it still shows, the finality of that destruction of Hindu Vijayanagar in 1565: in the acknowledged ‘backwardness’ of the region, which now seems without a history and which it is impossible to associate with past grandeur or even with great wars….”

You can use earlier ruins—the word “ruin,” incidentally, is a recurrent leitmotif in Naipaul’s India books—such as the destruction of Nalanda or Devagiri, which we have been talking about, as defining moments. Or to push it back farther to Muhammad bin Qasim’s conquest of Sindh which Naipaul wrote of in Among the Believers (1982). Or Mohammad Ghori’s defeat of Prithviraj Chauhan…

Student: On which we now have a Yash Raj movie, directed by Chandra Prakash Dwivedi, starring Akshay Kumar…

Student: What do you think of the movie and its attitude to history?

Teacher: It is based on the heroic, bardic tale, Prithvirajraso of Chandabardai. It is a brave attempt but doesn’t quite work. It doesn’t really help us understand how we lost our country. Instead, it makes us feel better—or worse—about who we were through its depiction of a special kind of Hindu heroism. The other side, of course, is caricatured, even shown as darker in complexion.

Culture and dharma alone cannot win wars or save civilisations. It is superior economic, military, strategic, and intellectual power. This sort of analysis is not properly found.

Student: But it’s a part of a Bollywood tradition of historical movies?

Teacher: In this case, a more recent counter-tradition, of showing Hindu pride as in Manikarnika. In his famous essay on ‘The Use and Abuse of History’, Nietzsche called such attempts “monumental histories”. Naipaul would not have been so kind. He would have seen them as fantasies bordering on self-delusion that prevents us from learning from our past. We romanticise our heroes, demonise our enemies and avoid going into the root causes of our defeat as a people, as a civilisation…

Student: Or, worse, go on believing that we were never defeated. Sorry for interrupting you with a question about a current movie. You were speaking of India: A Wounded Civilization by Naipaul.

Teacher: That’s right. Naipaul says, “What happened in Vijayanagar happened in varying degrees, in other parts of the country. In the north, ruin lies on ruin: Moslem ruin on Hindu ruin, Moslem on Moslem. In the history books, in the accounts of wars and conquests and plunder, the intellectual depletion passes unnoticed, the lesser intellectual life of a country whose contributions to civilisation were made in the remote past.”

Teacher: The conquest of India signified the overall failure of our civilisation to respond to external threats. This failure was not only material—technological, military, strategic, economic, and political, as I said earlier, but also cultural, intellectual, and yes, spiritual.

Teacher: We were unable to comprehend what our enemies wanted, what they were capable of, what sort of ideology or theology justified their conduct, and what might be the means to defeat them.


Published in 1976, India: A Wounded Civilization still bears close reading. I say “bears” because it, like its predecessor, is painful reading to us Indians. Naipaul is so unsparing of our faults but somehow manages to touch the raw nerve of what really happened to our nation

We began to arrive at such understanding much later, with the Marathas and Sikhs, but by then so much damage had already been done, and the British were already about to conquer India.

Student: Too little, too late?

Teacher: Don’t forget that the Third Battle of Panipat, in which Ahmad Shah Abdālī defeated the Marathas, was fought in 1761. The reported casualties were upwards of 20,000 on the Afghan and 30,000 on the Maratha side. But many more thousands were killed, enslaved, and displaced after this war. The after-effects were utterly devastating.

But in Bengal, four years earlier, at the far less spectacular Battle of Plassey, a small force led by Robert Clive overcame the huge army of the Nawab of Bengal, Siraj ud-Daulah. This battle was, perhaps, far more important for the future of India.

Clive only had 750 British soldiers under his command, with

Siraj ud-Daulah had reportedly over 50,000 men, of which 15,000, the cavalry controlled by his army commander and grandfathers’ brother-in-law, Mir Jafar, defected. But it is the unbelievably low casualties that tell the real story. The Nawab of Bengal had 500 casualties. Clive lost only 27 men, but became the master of Bengal. That, in turn, made the British the future overlords of India.

Student: The Muslim invaders who defeated most Indian powers were also unable to fend off the British.

Teacher: Yes, both sides failed to match up. But what this did to the study of Indian history is that after the establishment of British rule, we almost glossed over the earlier conquest of India by the Muslims.

Given that both sides fought the British, Tipu Sultan, being the last and most notable example from the Muslim side, Indian nationalists tried to make a common Hindu-Muslim cause against British colonialism. Instead of seeing our history as two phases, although very different, of two successive imperialisms.

Student: But isn’t that how British historiographers saw our history, as a succession of invasions?

Teacher: I don’t subscribe either to imperial historiography or support the apologists of British rule in India. The notion that British colonialism was good, even providential, is really unsustainable. Instead, the British destroyed and pauperised the country.

Famine was the signature of British colonialism. And unprecedented immiseration. There was a horrible famine in Bengal when Warren Hastings took over as the first governor of Bengal in 1773. Bankim’s famous novel Ananda Math, in which the national song, ‘Bande Mataram’, occurs, depicts this great famine, which depleted almost one-third of Bengal’s peasantry.

In the beginning, British colonialism deindustrialised India, pushing us back into underdevelopment. We became a simpler peasant economy, the source of raw material and cheap labour for the great empire.

Before they quit India, the British were responsible for the Great Bengal Famine in which an estimated 3 million people died.

Without question, the Raj was very ruinous to India.

In the end, they partitioned the country on religious lines too, ensuring a weakened and truncated India, at war with itself.

Student: Yet, the two imperialisms, as you said, were quite different.

Teacher: The British did not seek to destroy Indian civilisation, our temples, and our monuments, or totally erase our past. Instead, they actually gave us back our classical past. As with Ajanta and Ellora.

Student: Much to discuss next time, I’m sure.

Teacher: Until then, stay safe.