A Tale of Two Congressmen

Together, Rahul and Tharoor make the best Congress story in the worst time of the party 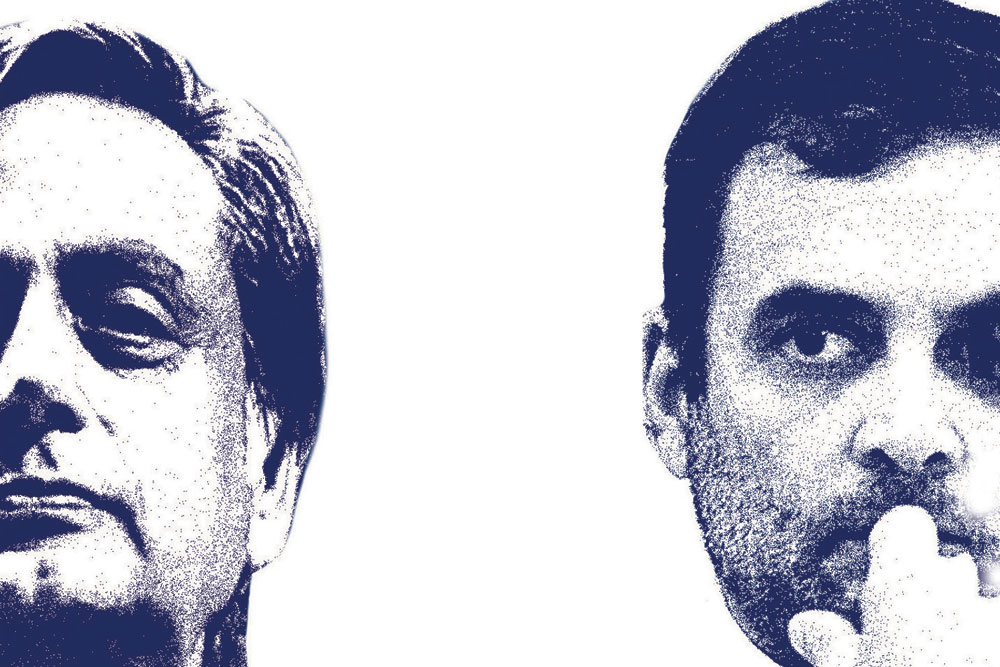 THERE HE IS, the first among them all, and the only one who can feel the power without being in power, sweating it out on the roads to unknown destinations. It’s the longest walk a Congress princeling wary of becoming King has taken to regain the mind space the party has lost long ago. And about the real-time political space, physical exercise is yet to be matched by brainier endeavours. Still, the lone march of Rahul Gandhi adds a necessary complexity to a politician equally privileged and caricatured.

Elsewhere, another Congressman, officially not the unofficial candidate, is contesting for reviving the party which shows all signs of cognitive dissonance in an India where, on the other side, the fierceness of ideological focus is equalled by the indispensability of singular leadership. In a party that has been conditioned by its institutional history to believe only in the sheltering shadow of the Family, in the inevitability of Our Leader of Deliverance, Shashi Tharoor is a romantic struggling for the magnificence of failure, which at times can be more satisfying than the banality of success, certainly if the successful is unofficially the official candidate.

Rahul Gandhi, the longest walker in political wilderness, has an intriguing relationship with the idea of power. When India is still under the spell of someone who knows that power is the only agent of change, power becomes an inconsistent argument in Rahul. Even as the party of the faithfuls struggles to read his mind, decipher his gestures, he comes out as an insider who enjoys the freedom of an outsider defined by memes. It’s as if the only power that propels him is an awareness of his status as the other’s object of incomprehension.

Tharoor is a politician whose profile is larger than his political self, and he is more read than heard in the public arena. His finest arguments are made in a book or in a magazine essay (Tharoor is one of Open’s most popular contributors), and they have more resonance and influence than what he says as a politician. He is the thinking Congressman when your average Congressman is famously known for thinking what he is instructed to think. That he dares to think independently by denying the Highest Command a consensus president is a necessary moral subversion.

Rahul just needs to borrow from the family book: renunciation is power multiplied by simulated sacrifice. In 2004, Sonia Gandhi said ‘no’ and Manmohan Singh was born as prime minister—and there stood a Gandhi, unlike the original Mrs G, in a maudlin coronation ceremony, as the supreme example of the most powerful without being in power. India 2022 is a different country that not just Rahul but even professional tea-leaf readers are still trying to define. Rahul seems to have realised the redundancy of hellfire definitions and come to accept the uses of discovery. His ‘no’ to the party presidency and his visible excitement in the lone march are further proof of the Rahul doctrine in politics: India is a thriller when you are a flâneur for whom power is in the pursuit rather than in the destination.

The pursuit, for so long, defied any method; it was more stream of consciousness than a linear narrative of ideas. As the party unravelled around him, he had the makings of a leader floating in existential uncertainties, and the unkindest of us saw in him the signs of a Gandhi prematurely withering away. Maybe it was not the burden of ancestry that slowed him down before a fight; maybe it was the very thought of the fight itself. To walk is to untangle the thoughts, and to formulate some new ones. To walk is to end the stillness that was his political life.

Together, Rahul and Tharoor make the best Congress story in the worst time of the party. Tharoor may not win the presidency because any vote in Congress is not determined by conscience but the convenience of being loyal—and voiceless. The recent stirrings of dissent may not have amounted to a revolt; it was a public display of impatience, nevertheless. Tharoor’s candidacy is more than what he says it is. It’s a moral coda to the party’s official script. He has already won the argument. And by refusing leadership and following his instincts, Rahul has become a Gandhi with a difference: the one who enjoys the power of being on the long road of powerlessness.

Rahul and Tharoor have provided a structural shift to the Congress story, and to make it more than a fleeting piece of imagology, they must continue what they have begun, even if the destination remains elusive and the argument hurts. Good stories in politics happen when politicians cease to be characters in a pathetic plot and become walkers along forbidding paths and challengers with a moral goal.