A Requiem for Li Wenliang 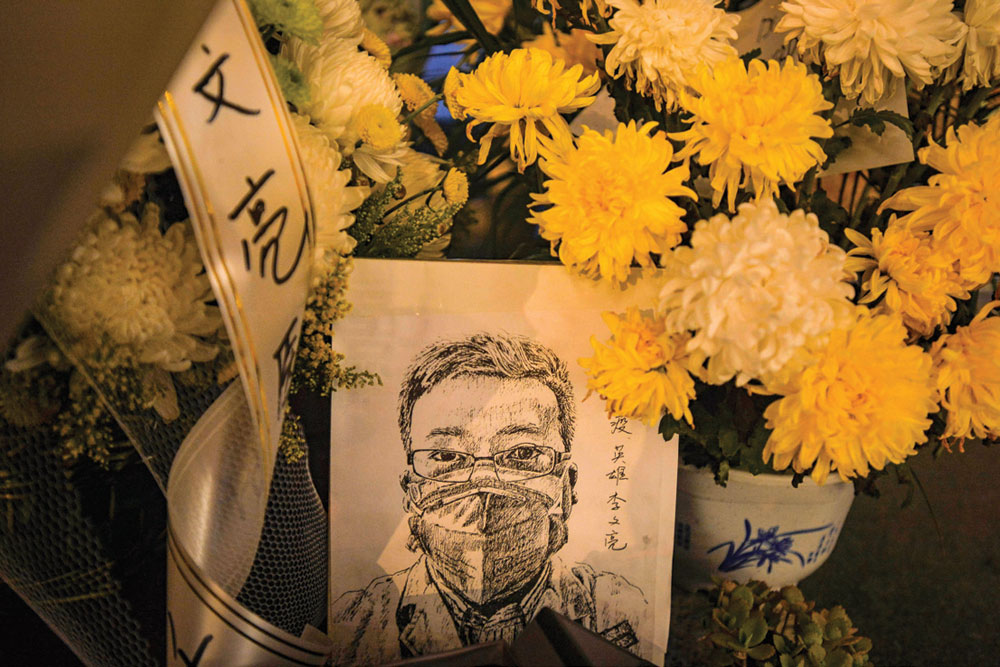 In the big books of revolutions, resistance is the blood mark, the sign of the deviant. We know the names of some, the dissidents and the exiles and the blasphemers. We still occasionally return to Osip Mandelstam, the poet who breathed “forbidden life”, and lost the struggle to Stalin. We can still read Aleksandr Solzhenitsyn, perhaps the 20th century’s most popular Russian exile to gain access to a world stifled by ideology. The name Sakharov may sound so remote today, but the so-called father of the Soviet hydrogen bomb was once a peace-monger the Empire feared—and punished.

Revolutions are built on the stimulants of lies and the martyrdom of questions. Come to Mao’s Cultural Revolution and we realise the sweep of revolution’s bloodlust. The revolutionary’s campaign for the re-programming of the mind demanded silence, subjugation and dramatised executions. The “bad eggs” were eliminated by the volunteers of cultural cleansing, in which the street trial preceded the ritual killing of the misfit.

The new China was built by a survivor of the Cultural Revolution. Deng Xiaoping, even as he strengthened the Leninist apparatus, fed Big Mac to Marx, and told the happily caged Chinese that it was glorious to be rich. Still, beyond the glitz of the special economic zones lay the Oriental gulag. Every modernisation was fine except the fifth one: democracy. The world’s most unforgiving surveillance state spared no one who “plotted” against the system. There would never be any noodle queue, and there should never be any questions.

Questions are banned in the China of Xi Jinping, too, and nobody is surprised. The New Helmsman has already modelled himself as the Eternal Leader, and eternity of the reign requires utmost submission. His version of modernisation follows the playbook of post-Dengist Chinese communism: fettered minds in the free marketplace. The eternity-seeking Helmsman, suffering from a severe America Complex, launched the Chinese Dream, a catchphrase for Empire-building with tamed minds. The dream was choreographed by the invisible commissar. So much for the faux Americanisation of a dream.

A virus infected the dream towards the end of last year. Ideology shuddered when microbiology invaded. That was when Li Wenliang dared. Li was a 33-year-old ophthalmologist working out of Wuhan. He was the first one to realise how deadly and infectious the novel coronavirus could be. He had reason to be scared, and cautious. China had been there before, with SARS. He knew a pandemic was in the making, and he, as a doctor in Wuhan Central Hospital, was among the first to see the symptoms, and the speed of infection. His words were ignored by the commissars. No alarmists should be allowed to spoil the Dream manufactured in the world’s most productive factory of paranoia.

He dared further. He warned his fellow doctors about the spiralling threat, and asked them to wear protective gears. This awakened the commissars to the wrong enemy, a necessary enemy nevertheless, who disturbed the “social order”. The rest was Orwell. A call from the Public Security Bureau. Forced signing of a letter calling him a peddler of fake news. It was a perfect case of the totalitarian trick the novelist Milan Kundera calls “auto-culpabalisation,” in which punishment seeks crime. Li and two of his colleagues died of Covid-19. He got the disease from one of his patients. He posted his last testament on the Chinese microblogging website Sina Weibo.

Li, in his defiance—“social disruption”—challenged the False Dream of Xi, without knowing it perhaps. Had the authorities listened and acted, the world would have been spared a pandemic. They were shocked by the defiance rather than by the virus. They did what they do best: doctored the information and deployed the machineries of suppression and silence with such brutal determination. The virus alone remained unafraid. The much-hyped Chinese efficiency in containing the virus came late, much after gifting a pandemic to the world.

Li’s martyrdom makes the biography of resistance all the more poignant. In 1989, as the world was getting closer to the inevitability of a Wall Breached and an Empire Cracked, as streets were erupting across Eastern Europe against the Big Lie, tanks rolled in Tiananmen Square. That image has not faded: a lone man standing still inches away from a tank moving towards him. Li knew what he witnessed would not respect ideologies or geographies. Sadly, Li Wenliang’s martyrdom did not save the world.