Of Pain and Palate 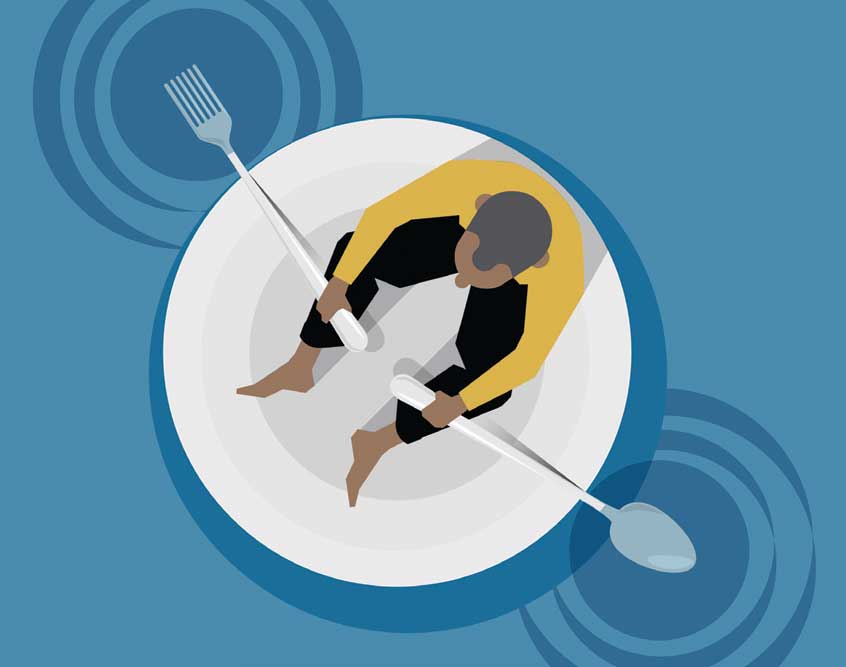 WE ALL KNOW of someone who has, or have, as in my case, suffered from the excruciating joint pain produced by the mutated virus making the rounds of Delhi since August. The advice from the doctor was to drink lots of water, and have several baths in lukewarm water to bring down the temperature. “We know very little about how and why the virus flits from one victim to another, and we have no antidote to the virus,” said the doctor. She added that some pharmaceutical companies are experimenting with ways to breed ‘killer’ male Aedes aegypti (the dengue mosquito) by feeding it with goat’s blood and fish food, and releasing it to mate with the female; the eggs would contain a fatal gene that would kill the new mosquitoes before they could fly. But that did not help with my pain.

It has taken two months for the pain to subside in my ankles, feet, wrists and hands. This is after a daily regimen of physiotherapy and ayurvedic pills, 16 glasses of water, a glass of coconut water, a bowl of papaya, and a banana. I have no idea whether these helped alleviate the joint pain or whether the virus travelled its course and exited when it decided that it had inflicted enough torture on me.

But why did I experience such severe pain while my husband, who had the same infection, seems to have cruised through quite smoothly? Doctors have no answer. I decided to use this as a wake-up call to change parts of my diet. I now have coconut water and papaya every day, and hope that even if there is no causal link with preventing another bout of viral fever, the placebo effect might kick in. My own response made me wonder whether the experience of an epidemic changes the dietary patterns of a society, and if so, the sort of changes we gravitate towards.

Food science researcher Barry Popkin highlights five patterns of nutrition in human history. The first pattern, the paleolithic pattern linked with hunter-gather societies, had a very healthy diet but infectious diseases and other natural causes resulted in a very short life span. The second pattern, when modern agriculture and a period of famine emerged, was one in which nutritional status worsened. In pattern three, famine begins to recede as income rises; pattern four sees changes in diet and activity patterns, and more new diseases and disability. In pattern five, behavioural change begins to reverse the negative tendencies of the preceding patterns and enables a process of successful ageing. A range of factors (including urbanisation, economic growth, technical change and culture) drives all the changes. Some parts of India are in pattern three, others in pattern four. But none are in pattern five. I wonder if the chikungunya epidemic is part of pattern four—studies show that dietary patterns have changed in urban India (consumption of animal and partially hydrogenated fats and lower intake of fiber), and, combined with less active lifestyles and a rise in obesity (a United Nations study states that in 1998, about 4.8 per cent were overweight and 0.5 per cent obese), may be making us more vulnerable to new diseases.

If we are in pattern four, how do we move to the low-obesity, low-disease and tasty-nutrition pattern five? One route is the South Korean way. As Popkin points out, the South Korean government has promoted a traditional diet rich in vegetables and low in fat, and has warned against Western cuisine. It seems that for many decades the government has provided intensive training to newly married women on the preparation of traditional dishes. The result has been lower obesity levels and lower intake of energy from fat than would be expected given the high income level of the country.

Now, this route would not be very popular in a country like India where the first reaction to any ‘advice’ from the Government is to challenge it in print, on television, through public interest litigation in courts, and in drawing room and tea shop conversations. Opponents would see it, and rightly so, as a perpetuation of patriarchy. But there is another aspect to the South Korean example—the government there had reverted to traditional food rather than creating new products.

I decided to start with ayurveda. And that, in itself, is an interesting choice. After all, the humoural theory underlying ayurveda has an ancient lineage, and was the reigning monarch in medical sciences until the 19th century. In brief, the theory presumes that a human body is a living microcosm of the universe, and that health exists when there is a balance between three fundamental bodily humours or doshas (energies). The treatment for an ailment in this system lies in accurately measuring the dysfunctioning dosha, and providing a system of food and drink and medicines based on plants to the patient.

The interesting aspect of the choice of ayurveda is this: anecdotal evidence from fellow sufferers reveals that they too have resorted to Guggulu tablets produced from the sap of a medicinal plant, Commiphora Mukul. Others who cannot afford these tablets have stripped the leaves of papaya trees and consumed the water from the boiled leaves. The belief in such remedies cuts across class, caste and geographic boundaries. Physicians may dismiss the relief expressed by these patients as a placebo effect. But the term ‘placebo effect’ includes a broader array of nonspecific aspects such as the modulation of expectations, anxiety, and self-awareness in the patient. In the 16th century, French philosopher Michel de Montaigne wrote: ‘There are men on whom the mere sight of medicine is operative.’

For a placebo effect to work, it seems that the patient needs to believe in the effectiveness of the medicine (in this case, papaya leaves), and needs to trust the doctor (in this case, the system of ayurveda or a grandmother or cultural lore). This means that the patient needs to be suggestible. Studies have shown that the placebo effect works for chronic pain and inflammation, by stimulating the release of endogenous opiates, the body’s natural painkillers.

Since the joint pain was an arthritic condition produced by chikungunya, I explored research on the food that would alleviate the pain. The ancient Sanskrit text, Sushruta Samhita, edited and translated into English by Kaviraj Kunja Lal Bhishagratna, has a number of dietary prescriptions for pain relief. An article in an international quarterly journal of research in ayurveda discusses the treatment of fifty patients with osteoarthritis in the knee joints (including pain, stiffness and swelling). Apart from massage, fomentation therapy and the application of leeches, the dietary prescriptions include mudgayusha (mung bean soup), chapaatis of wheat flour, boiled vegetables, and rice. Patients are instructed not to take sour, fermented, or spicy food and to avoid Atishrama (heavy work), Ratrijagarana (night vigils) and Divasvapa (daytime sleep). Significant relief was observed in the extension of the knee joint for most patients. Of course, it is a minuscule sample, but anything that suggests a positive effect was highly welcome to my mind.

I signed up for an ayurvedic dinner at a hotel in Delhi. We had to answer a one-page questionnaire on whether our hair and skin were dry or oily, etcetera. Based on that, the ayurveda doctor attributed a dosha to each of us, and the choice seemed spot on, at least for me. The chef had prepared a three-course meal based on whether one’s dosha was primarily vata (air), pitta (fire), or kapha ( earth). But the food for a vata person like me was quite unappetising. Coconut juice, a goat’s cheese and sweet potato salad, more sweet potatoes in the main course (or fish with coconut sauce for non-vegetarians), and a saffron phirni for dessert. I am not a great fan of coconut milk or sweet dishes, so you can imagine my reaction. A (pitta) fellow diner, who had a gluten free vegetarian meal, murmured with a grimace that her main course tasted like dessert.

Though this is not an indictment of all ayurveda-prescribed food, there is a crying need for modern dishes that can, for instance, balance the sweetness of the prescribed ingredient with predilection of the eater for sour and astringent flavours. We also need to take the relationship between what we consume and how we experience its effects more seriously. ‘The Laws of Medicine’, as Siddhartha Mukherjee points out, are really laws of uncertainty, imprecision and incompleteness. In a book with the same title, he writes that for him, the profusion of medical facts about the naming of parts, diseases and chemical reactions obscured a deeper and more significant problem: the reconciliation of knowledge (certain, fixed, perfect, concrete) with clinical wisdom (uncertain, fluid, imperfect, abstract).

Since clinical wisdom, particularly in relation to new epidemics, is woefully imperfect, it would not be foolhardy for us patients to trust the power of our minds in conjunction with alternative and traditional wisdoms about what we consume, to overcome the pain caused by physical manifestations of an ailment. It is, I think, up to each one of us to figure out a diet that agrees with our taste buds.