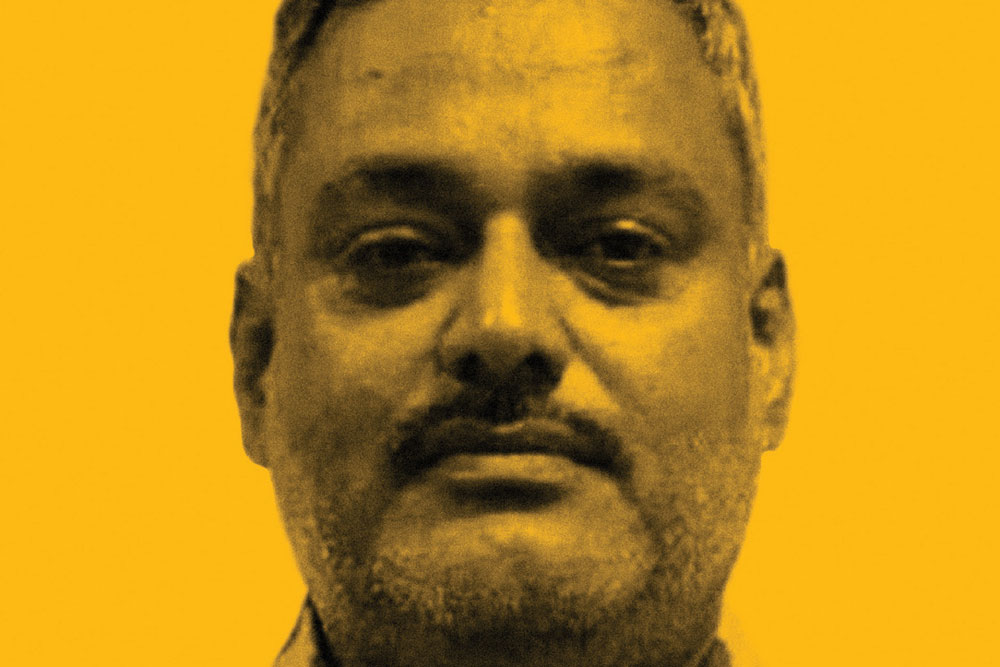 
A DRAMATIC MIDNIGHT SCENE of the opening act of Hamlet. In the cold, ‘nipping air’, Hamlet sees his father’s ghost: ‘Angels and ministers of grace defend us!’ His friend, Horatio, and Marcellus, the guard, have seen it too. Though his friends entreat him not to follow, Hamlet, freeing himself from their hold, lurches after the beckoning sprite. Marcellus observes: ‘Something is rotten in the state of Denmark.’

Marcellus’ remark not only signifies that all is not right in Denmark. The appearance of the ghost, something obviously unnatural, serves to underscore a deeper defect in the body politic. Hamlet is as much about political and moral corruption as about the problem of right action in confusing circumstances. Images of decay, disease and depravity dot the play from the beginning to the end, when we are left with a heap of corpses strewn on the stage.

Early on July 3rd, during an attempt to arrest him, the police found Vikas Dubey and his gang had set up a roadblock for them. From the rooftop of his sprawling mansion, they opened fire on the ambush party. Eight policemen were killed, seven others injured. Dubey escaped. A massive manhunt, with some 3,000 policemen pressed into service, has been ordered by Uttar Pradesh Chief Minister Yogi Adityanath. It would not be an exaggeration to say that Dubey was India’s most wanted criminal.
In the fast-unfolding tale, one of Vikas’ associates, Amar Dubey, was gunned down in UP’s Hamirpur on July 8th. The previous day, 68 policemen were transferred out of the Chaubepur police station, in Kanpur dehat district, for possible collusion with the dreaded gangster. Earlier, the station officer Vinay Tiwari was suspended for allegedly tipping off Dubey about the raid on July 3rd. On the morning of July 9th, Vikas was brought into police custody in Ujjain, Madhya Pradesh, by the security guards of the Mahakal temple. It is not clear whether he surrendered or was arrested, but it seems likely that Dubey had staged the whole event to avoid being gunned down by the police.

Bikru, a tiny village quite close to Kanpur, was the location of the deadliest cops-versus-bandits series in recent times. With scenes that might be straight out of a Western or a gangster movie. Or closer home, a dacoit or gang war film. What comes to mind, with its lethal mix of caste and crime is Dabangg (2010) directed and co-written by Abhinav Kashyap. ‘Dabang,’ which the filmmakers officially translate as ‘fearless’, has connotations of boldness, bluster, swagger and assertion. It suggests a certain flamboyant defiance of authority and refusal to be bullied. The film grossed upwards of Rs 250 crore, spawning an artistically deteriorating but commercially successful series of sequels.

The lead character, Chulbul Pandey, played by Salman Khan, is a never-say-die daredevil good at heart Brahmin cop. He is a bit of a simpleton, but ends up both beating up and outsmarting criminals and gangsters. The latter always have the blessings and protection of some politician on account of whom they thrive. One part of the thrill is to expose and outwit the criminal-politician nexus. To do so, Chulbul often breaks the law himself, adopting unconventional methods to strike back. Caste plays a huge role because politicians, criminals and, for that matter, cops are also divided along caste lines.

In real life, Vikas started off as a teacher, but soon found crime more attractive and lucrative. He has over 60 cases registered against him, which include land grabbing, extortion and murder. He shot into fame when, in 2001, he killed Santosh Shukla, a UP minister right inside the Shivli police station. According to Shukla’s brother Manoj, Vikas was accompanied by politicians to the court, when he surrendered.

Twenty-five eyewitnesses to the murder, all policemen, turned hostile, as did the investigating officer (‘25 Cops, All Eyewitnesses to 2001 Murder, Turned Hostile during Dubey’s Trial’, Hindustan Times, July 7th). Acquitted, Dubey walked free. Since then, he is accused of killing several others, including Kaushal Kishore Tripathi and Shri Krishna Mishra in the following year in 2002.

When I visited UP during the Kumbh Mela at Prayag last year, I was told by friends that Yogi Adityanath had put the fear of God into the criminals of the state. Supposedly contrary to earlier Samajwadi Party (SP) and Bahujan Samaj Party (BSP) regimes when a cozy nexus between politicians, police and criminals existed, with clearly demarcated boundaries and rules in place. Paid or patronised gangs of criminals have often proved very useful to politicians.

In some states of the country, they are taken as par for the course. But Adityanath was changing this. His ‘encounter’ policy of ‘shoot first, ask questions later’ meant nothing less than the dismantling of the ‘goonda raj’. Several offenders felt safer in jails than outside. But last week’s shocking developments show that much more needs to be done before deeply entrenched vested interests and their criminal cohorts can be truly extirpated.

More caste confusion was added in UP during the very unfolding of the ‘Dabang Dubey’ crisis. One of the prominent Congress leaders of the state, former minister and sitting Member of Parliament, Jitin Prasada, launched the ‘Brahmin Chetna Parishad’ on July 6th. Blaming the Yogi government for ‘step-motherly treatment’ of Brahmins, he accused them of systematically targeting them: ‘Since the Adityanath government came to power, the crimes and killings against Brahmins have increased manifold. They are being killed, and they aren’t being given any justice’ (‘Congress’ Jitin Prasada Launches Brahmin Body, Blames Yogi Govt for ‘Step-Motherly Treatment’, Theprint.in, July 6th).


Individuals find themselves trapped in the no-man’s land, ejected out of the official but dysfunctional rule of law. They are the abjected victims of a degraded governmentality and callous society

Prasada’s timing, if not intent, was certainly ironic given that Dubey, himself a Brahmin from the ‘Brahmin village’ of Chaubepur, had just killed several policemen. But both the film Dabangg, as also the rise of Dubey as a ganglord, is about upper-caste reassertion in UP. Clearly, this is a reaction to the growing clout of Dalits led by Mayavati or the so-called backward castes led by the likes of Mulayam and Akhilesh Singh Yadav. The once-dominant Brahmins now perceive themselves as the new subalterns in an altered India.

Yogi has been blamed earlier for neglecting the upper castes in his cabinet. Of 58 ministers, as many as 19 are from the backward communities, with only eight Brahmin and Kshatriya each. Prasada’s attempt to woo the neglected Brahmins of UP is clearly a ploy by the Congress to try to regain its foothold in the state: ‘We want to reach out to Brahmins across professions—lawyers, doctors, teachers. Listen to their woes, be their voice, and help find solutions for them’ (ibid).

Both Westerns and gangster films show a clash of two systems and notions of moral justice and social order. Individuals find themselves trapped in the no-man’s land, ejected out of the official but dysfunctional rule of law. They are the abjected victims of a degraded governmentality and callous society. From this liminal space, they launch their own corrective or corrupt insurrections, usually to be gunned down in the end.

The institutions of the state, whether these are the police or courts of law, repeatedly come under scrutiny or criticism in such movies. Often, they are shown as failing the individual in distress. That is where the scope for vigilantism, free-lance justice delivery and settling political or personal scores arises.

No wonder the genre of daku or dacoit films gained popularity after Independence. Real-life incidents of the criminalisation of the innocent fuelled the genre. Such as the notorious case of Phoolan Devi. Or of retired army subedar, Paan Singh Tomar, an Olympic athlete who turned brigand. Both stories were captured on celluloid in critically acclaimed biopics.

From Mother India’s reel-life dacoit Birju to the real-life Vikas Dubey, there is a direct thematic line. No wonder almost reminiscent of Birju’s mother played by Nargis, who shoots her own son at the end of the film, Vikas’ mother also said, ‘Kill him. Kill him wherever you find him.’ But now that he has surfaced, somewhat like the scary spectre in Hamlet, the message that is underscored is that all is not right in the state of UP.

Friday, July 10th, 6:30 a.m. Vikas Dubey was killed in an “encounter” while in Police Custody just before he reached Kanpur.