A Bungalow for Mr Yechury? 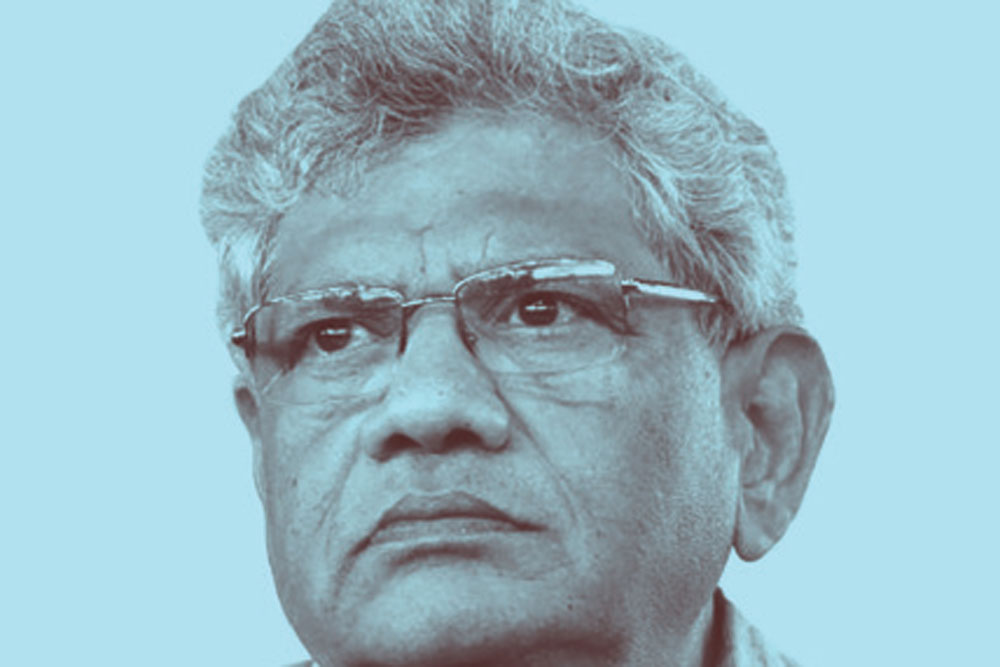 CPM CHIEF SITARAM Yechury is back at desperately seeking a ‘ghonsla’ for himself in Lutyens’ Delhi after his party shot down his attempt to secure a third term in Rajya Sabha. Sita, as he is known among the ‘friendly’ media, was seen as close to Congress president Sonia Gandhi during the decade-long UPA rule—and often muscle-flexed in Manmohan Singh’s Government as far as policy was concerned. Out of the reckoning now, after the ascent of Narendra Modi in 2014 and his second General Election victory in 2019, Yechury’s party is also out of power in West Bengal and Tripura, retaining only Kerala. Thus, Elamaram Kareem—one of the Rajya Sabha MPs suspended for unruly protests in the House on the farm sector reform bills—has approached the authorities, requesting them to allot 16 Janpath to him so that his commissar may inhabit it. The bungalow was occupied by the late Veerendra Kumar, who passed away recently. Replete with the crucial servants’ quarters, the bungalow has a special attraction for the CPM stalwart. The quarters are usually allotted by the party to fulltime workers, ensuring precious living space in the national capital from where they can operate. There’s a spanner in the works, though. Veerendra Kumar’s son, elected as Rajya Sabha MP in place of his father, has petitioned the Government that the bungalow be given to him. If that transpires, Yechury may well have to bid adieu to his plans for basing himself in Lutyens’ Delhi. That would also mean a long daily commute from where the CPM general secretary currently resides. 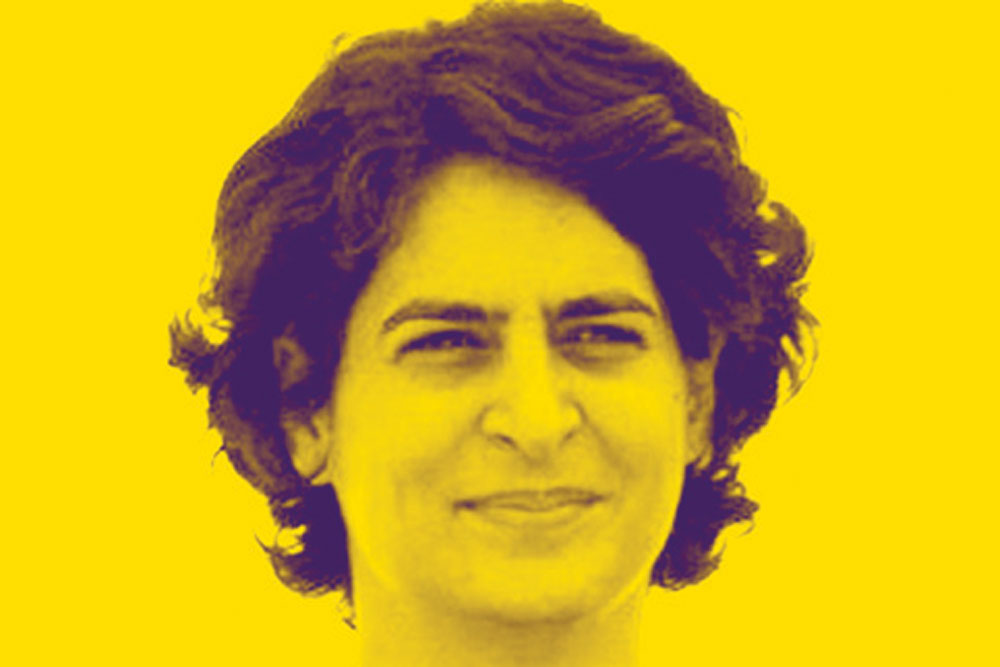 EVER SINCE PRIYANKA Gandhi was compelled by circumstances to jettison her entitled position in the Congress and start playing a more pro-active role, there has been a concerted effort to project her as politically sharp—and rather woke. The attempts to paint her as the author of a compassionate move to bus migrant workers fleeing Delhi and other metros to their hometowns and villages had backfired, exposed by the Uttar Pradesh government as politically motivated. Thereafter, there was an effort to show Priyanka as the real brains behind the rapprochement between Rajasthan Chief Minister Ashok Gehlot and his bête noire Sachin Pilot, a development that allowed the state government to survive—at least for another six months. The truth is that every leader in the party and, more importantly, voters in Rajasthan know that it was the wily Gehlot’s own decisive checkmate that saved his government. Gehlot’s fast thinking resulted in his luring two of the core 18 MLAs with Pilot over to his residence. Then he told the media that the two had agreed to return to the Congress and support him. This news spread like wildfire and forced a rethink among the other 16 MLAs closeted together in Gurugram. Despite that, and the former deputy chief minister’s performance during the trust motion debate, Pilot’s MLAs are still eyed with suspicion by the Gehlot loyalists. The state government has three more years in power that now promise big trouble, especially since the Pilot camp has opened the doors for direct communication with the BJP leadership. Should problems erupt again and threaten the state government, Priyanka Gandhi may have to shoulder most of the blame, since she is now raking in all the praise. What’s likely to make matters worse is that, notwithstanding her much-vaunted ‘piloting’ of the man back into the party, Pilot has reverted to baring his teeth after the recent organisational reshuffle did not accommodate him—and for Gehlot’s apparent failure to deliver on his promises. 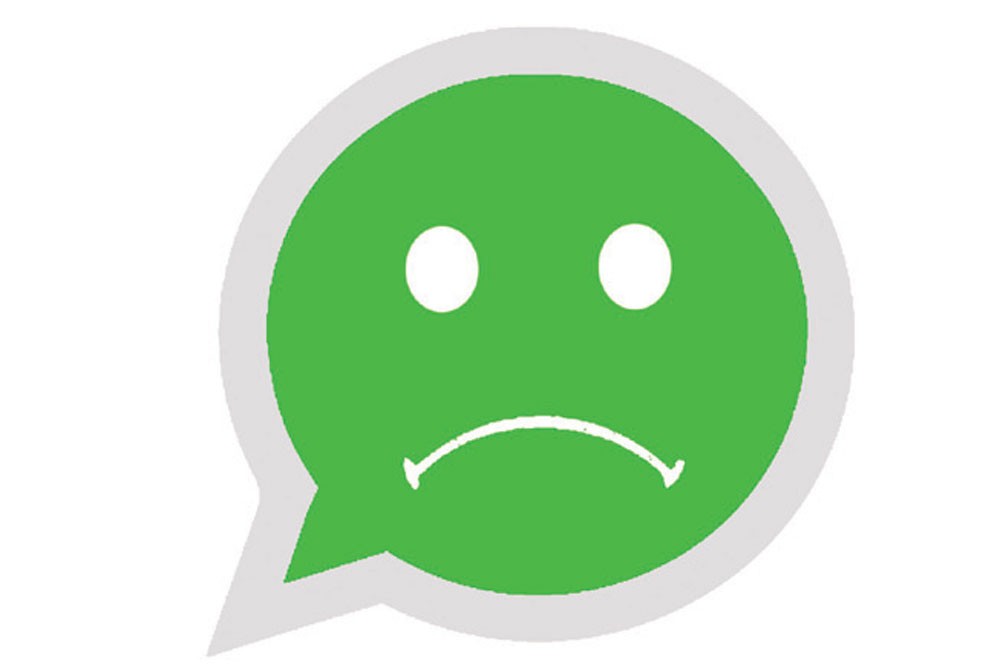 LA DOLCE VITA IS much hankered after. And some bureaucrats are completely hooked. One such secretary, in a ministry concerned with the economy, had an easy life earlier. Chock-a-block with leisurely lunches at the Gymkhana Club, golf on weekends and, certainly, good wine. Then suddenly, all of that vanished and the gent has found it difficult to live the good life since. Worst of all, there aren’t even those lazy, stretchable weekends. Even on weekdays, file-pushing tends to drag till midnight—and at times into the wee hours of the morning. This change happened under Modi raj. Irked to no end at being chained to work with no play, which he had enjoyed in ‘better’ times, the secretary has been venting in WhatsApp groups, mostly made up of friends from his university days. His pet topics are the dislikes of the current dispensation and the secretary has rarely missed an opportunity to attack the work of other ministries. Of late, the frequency of venting his ire has spiked dramatically, especially after he was denied an overseas posting much sought after. 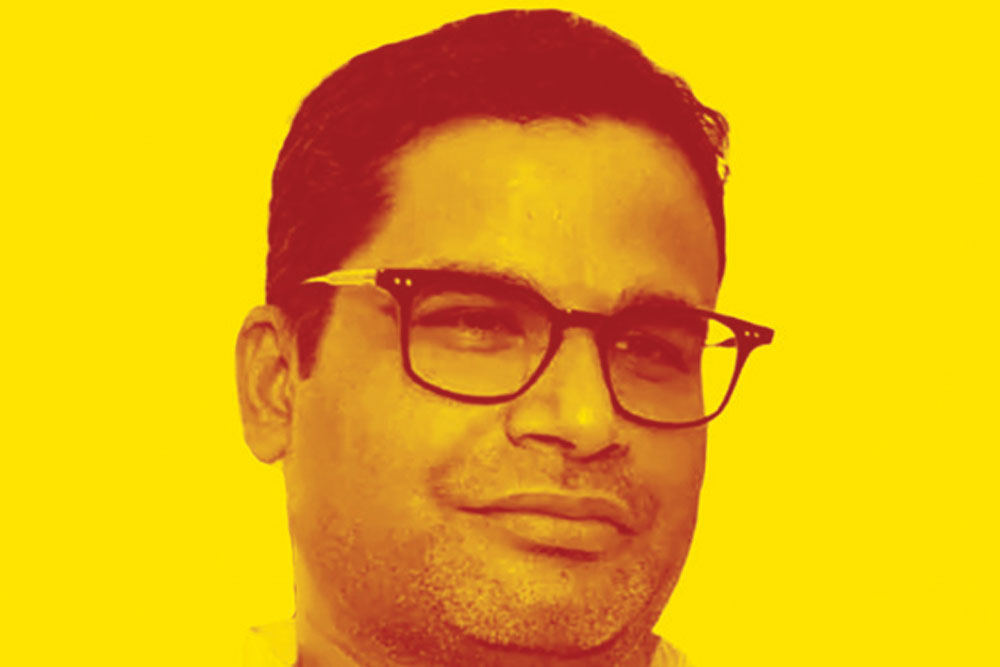 PUBLICITY, MIXED with hyperbole, is oxygen to the likes of Prashant Kishor. More so, if such publicity can be orchestrated prior to key elections. Kishor has been a pro at leveraging the ‘friendly’ media to hype coverage of himself before polls, regional or national, to gain access to the lucrative accounts of political parties as well as to network with their chiefs. Kishor has now roped in his journalist friends to carpet-bomb the BJP leadership, including the party general secretaries, with news and interviews. The issues concern controversial topics and are aimed at showing the ruling party in a poor light, such as the distress of migrant workers in the lockdown, criticism of the PM Cares Fund, the RSS affiliate Swadeshi Jagran Manch red-flagging concerns about the farm Bills, fighting between the Lok Janshakti Party and the Janata Dal (United), the BJP’s old ally, the Shiromani Akali Dal, snapping ties, and so on. This play is likely to drag until the Bihar, West Bengal and Tamil Nadu Assembly elections are over.

INSTANT PUNDITS WERE quick to describe the BJD’s decision to oppose the farm Bills in Parliament as evidence of the party’s fear of losing farmers’ votes in Odisha. The BJD has supported many bills introduced by the Narendra Modi Government. But on the farm Bills, its stand meant a depletion of support for the NDA in Rajya Sabha. The snap analysis would have passed, except for the fact that there has not been even a street-corner protest anywhere in Odisha about the new legislation which are expected to dismantle laws binding harvest, storage and sale of farm produce. The only places where opposition to the farm Bills is shrill are Punjab and Haryana—among their rich kulaks. Despite the BJD’s opposition, the NDA had 36 more MPs in its support compared to those against the passage of the Bills. It is these numbers that actually forced opposition MPs to unleash trouble in the House. However, the real reason for the BJD’s position on the Bills may have had nothing to do with matters in Parliament. The trigger for the party’s rather circumscribed hostility seems to be a CBI raid on its vice president, Debi Prasad Mishra. The raids were related to the Rs 578 crore Seashore chit fund scam and his alleged entanglement with the case, in particular the Mahanadi Boat Project at Cuttack. The probe has been going on since 2013 but it had suffered a lull for a while. The CBI had also raided Mishra’s properties in Cuttack, Bhadrak and Narasinghpur, forcing the BJD leadership into a deep sulk. But the party seems to be once again cosying up to the Union Government by supporting other legislation.

‘The idea of empowerment rather than entitlement has gained ground,’ says Nirmala Sitharaman

The Mark of Motherhood