An upper middle-income India is possible in 25 years 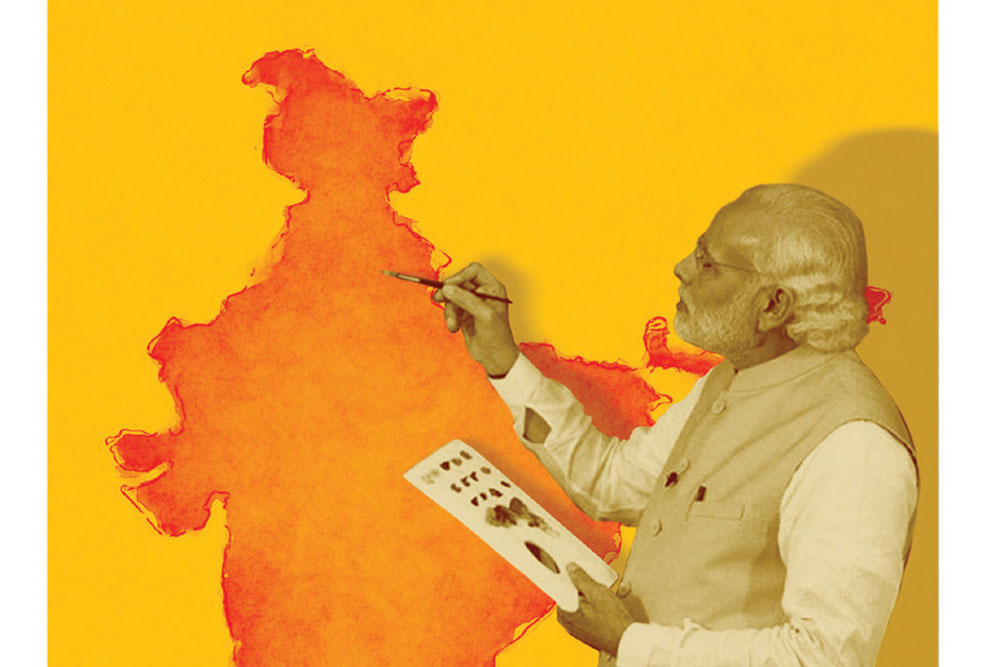 
A BOOK HAS JUST been published on Modi@20. That’s on 20 years of Narendra Modi, first as chief minister of Gujarat and then as prime minister of the country. 2022 also happens to be eight years of Narendra Modi as prime minister in Delhi, from May 2014. With the first term from May 2014 to 2019, we are almost 60 per cent of the way through the second term. Therefore, it is legitimate to ask questions about the imprint Narendra Modi has left on governance and public policy. Every individual is shaped by his/her experiences, those experiences shaping individual perceptions about what works and what doesn’t. Hence, to understand Narendra Modi as prime minister, one needs to understand Narendra Modi as chief minister. There is a continuity in perceptions, though there will be understandable tweaking of policies since the pivot has shifted from Gujarat to Delhi. There will also be inevitable tweaking when there is a sudden exogenous shock. For instance, the second term has suffered, like the rest of the world has, from the havoc wreaked by the pandemic from which recovery is yet incomplete. When we look back, we are forgiving since, despite archival material being available in this technological age, few remind commentators, international and domestic, about dire predictions they made before May 2014: (1) Narendra Modi will never be prime minister; (2) If he becomes prime minister, we (as in, the commentators) will emigrate; (3) Billions of US dollars of investments will leave India; (4) There will be communal riots. When (1) occurred and (2) did not, there was an attempt to straitjacket and stereotype the prime minister through “isms”; (5) “His policies will be like those of Margaret Thatcher, or Ronald Reagan, or Lee Kuan Yew.” “He is right of centre. There will be large-scale privatisation.” Why should Narendra Modi be like anyone else? By the time it came to 2019, (3), (4) and (5) hadn’t happened and critics changed the goalposts.

In talking about policies of the Modi government, and there is continuity between the first term and the second, one can consider different strands—external affairs, defence, internal and external security, domestic economic policy, governance, and so on. Books have been written and edited, focusing on just one or the other of these. To state the obvious, and the obvious is often missed, this is Union government, in the nature of the executive arm of government. Much as we would like the judiciary or the legislature to be reformed, not to speak of state-level governance, levers for ensuring those lie elsewhere. When Modi was sworn in as prime minister on May 26, 2014, there was no magic wand given to him and the checks and balances of democracy and the Constitution were not only inevitable but desirable.

If one focuses on economic policy and governance, my list will include the following: (1) There cannot be abdication by the government. Some individuals/households will have to be subsidised. How does one decide who merits such subsidies? No NSS (National Sample Survey) report will give us details of who is deserving. That can only be achieved through a Census, open to third-party scrutiny and vetting. UPA promised this but failed to deliver. That’s precisely what was done with SECC (Socio-Economic Caste Census), with clear deprivation criteria, and SECC is now used for both Union and state-level government programmes. SECC (rural) is more robust than SECC (urban), and there are challenges with updating the 2011-12 database. There are also matching challenges because one deprivation identification may be household-driven (such as MGNREGA), while another criterion (such as pensions) may be individual-driven. With SECC, financial inclusion (read Jan Dhan Yojana) and Aadhaar-seeding, there can be DBT (direct benefit transfer) and the so-called JAM (Jan Dhan-Aadhaar-Mobile) trinity. If there was a portability and identification problem with urban migrants during the pandemic, that was largely because the states hadn’t bothered to implement the Inter-State Migrant Workmen Act of 1979. In this column, I will deliberately stay away from dashboards. They are readily available. Having said that, phenomenal numbers under the e-Shram portal not only establish identity, they also represent the beginnings of disintermediation in labour markets and breaking down of the informal contractor system. Critics have a right to change goalposts. But they shouldn’t pretend old goalposts are non-existent.


In a relatively poor country like India, where a minimum level of access to both physical and social infrastructure was non-existent, there cannot be abdication by the government

In a relatively poor country like India, where a minimum level of access to both physical and social infrastructure was non-existent, there cannot be abdication by the government, in either provisioning or financing, as the case may be. That’s the reason straitjacketing Narendra Modi as a person who only believes in markets was a non-sequitur. (2) We have a range of schemes that involve the provision of such public goods—health, pensions, financial products, food, housing, gas, electricity, toilets, tap water, roads, other transport infrastructure, and skills. The question isn’t whether sufficient budgetary provisioning has been made for MGNREGA. Since MGNREGA is demand-driven, required financial resources will always be available. Instead, the question is—if there is empowerment through the provision of such public goods and services, why will something like MGNREGA be necessary? This strand of (2), not sufficiently appreciated, is a major shift in the mindset. Success has to be incremental, not overnight. One has every right to be sceptical about government dashboards, or about a Basic Necessities Index, devised by the Economic Survey. However, third-party audits and external assessments have also established that success is significant, even if it is not as much as is claimed by the dashboards. The recent NFHS- 5 (National Family Health Survey) results are a validation. Indeed, but for these interventions in social sectors, the human costs of the pandemic shock would have been greater. A specific instance of focused intervention is in the Aspirational Districts initiative, where targeted districts now perform better than districts not chosen.

As (3), I would choose the theme of decentralised governance. This has several dimensions. Discretionary transfers to states occurred through the Planning Commission. When the first Modi government came in, it would have been tempting, given fiscal consolidation pressures, not to accept the entire tax devolution recommended by the 14th Finance Commission. Not only was this not done, but the template of Centrally sponsored schemes was also no longer discretionary, routed through the newly formed NITI Aayog. Instead, the Committees of Chief Ministers recommended the basket. While we may have complaints about the present structure of GST, the fact that GST came about, after years of debate, itself demonstrates the success of Union-state relations. Nor is decentralisation only about Union-state relations, and one should quickly mention tracking that occurs through the gram sabhas. There has also been citizen involvement, in the Smart Cities template, in Swachh Bharat Mission, the tap water scheme and the voluntary foregoing of LPG subsidies. To me, the Sabka Prayas idea represents a major change in the way we think about governance.

(4) Precisely because there was citizen involvement and support, the agenda of cleaning up hasn’t encountered much resistance. Cleaning up has several dimensions. It isn’t merely about a demonetisation exercise. RERA, benami properties, clamping down on shell companies, tax-related scrutiny, reducing human interfaces with government by using IT, self-certification, GEM, a national agricultural market, digitalisation of land records, unification of Union-level labour laws into four codes, insolvency code and so on, are all part of that overall intention of improving the ease of living and the ease of doing business, the so-called G2C and G2B initiatives, the latter not to be interpreted as the corporate sector alone. In passing, improvements in G2G are rarely noticed. Why hasn’t there been greater traction? In part, because of the Seventh Schedule, factor markets (land, labour) are largely state subjects. Land is entirely on the state list, which is why the land acquisition law of 2013 could not be amended. That’s the reason we still don’t have satisfactory land records in the country, in the absence of which, we don’t know who is a farmer. That is the reason it has been impossible to reform agriculture. Labour is on the concurrent list. Growth, necessary to reduce poverty and increase employment, comes through efficient labour, land and capital markets. Of these, the first two are contingent on what the states do.

In conclusion, beyond these four points, one must mention that macroeconomic and fiscal restraints were not abandoned even when there were exogenous shocks. While there are separate reasons for the recent spike in inflation, the inflation track record of the Narendra Modi government has been nothing short of exemplary. One often tends to react on the basis of the immediate and the temporary. I think one should evaluate in terms of the framework and systems established to take India into an upper middle-income category by around 2047. Those are the building blocks that are being created. The timeframe is of 25 years, not 25 months. In 25 months, we will of course have a new government. By May 2024, we will know how much of a buy-in citizens have for the template I have described. There is much more to the template. I have only highlighted the ones that have a direct link with the economy and governance.