Cricket could be described in words, not images 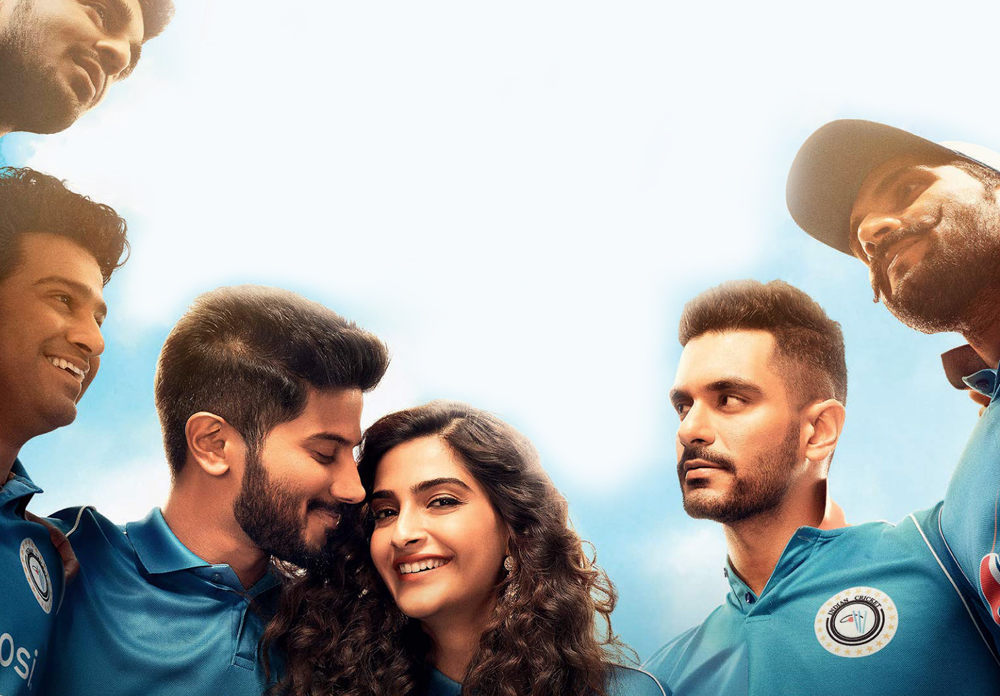 The lead actors in this movie pass muster, but the cricket is ridiculous. About a spaced out client servicing executive for an ad agency who is sent on an assignment to handle cricket stars contracted for product endorsement, ‘The Zoya Factor’ refers to how the luck Zoya brings with her turns into an important contributing element to the Indian Cricket team’s victories.  Zoya Solanki was born on June 25th 1983, the day ‘Kapil’s Devils’ lifted the World Cup. Ever since then, she has reportedly been lucky for those who associate with her, but not so much for herself.
This makes Zoya (Sonam Kapoor) 36; single, but wary of the mingle. She is currently down on her luck after being dumped by a dentist boyfriend who declared his break-up intentions while she was on his dental chair. He fixed her cavity, and then left another one in her heart.
When she arrives on assignment, the Indian team in Sri Lanka is also down and out. There is a Captain and a former Captain at loggerheads, matches are being lost by many runs and wickets, and the fans and the Board of Control for Cricket are desperate for a win.
The Skipper, Nikhil Khoda (Dulquer Salmaan), happens to bump into Zoya in the hotel elevator, is amused by her antics, and invites her to breakfast with the team the next morning. It turns out that the series of humiliating defeats has turned the team into an empty vessel, riddled with self doubt and superstition. So when they meet this ditzy girl who declares that was born the day India won the World Cup, they are impressed and want her as a mascot.
Lo and behold, her presence at breakfast turns this bunch of losers into winners. Which is miraculous. But the actual cricket produced by this team is atrocious. Their batsmen are regularly bowled by long hops bowled at military medium pace, they use the rhythm of old Hindi film songs to synchronise their bowling run ups, drop dolly catches with monotonous regularity, and as for their calls for a quick single – it is no more than a basis for further negotiation, as was once said of Denis Compton’s running between the wickets.
To an audience, these actors playing cricket couldn’t win a village cricket match played with an old tennis ball. This seriously affects the cinematic credibility of ‘The Zoya Factor’. The novel of the same name by Anuja Chauhan, from which this film is adapted, would suffer from no such problem. The cricket could be described in words, not images.
The filmic transition should have been careful not to focus too much on the cricket. It could, instead, zoom in on the comic complications that arise when you sell cricket stars as vehicles for product endorsement, particularly soft drinks. Or it could play on the sexual attraction between cricket players – our alpha males – and the women who are sent to report on them, from advertising and media.
This is why the movie works well when it deals with Zoya’s work relationships, and the politics within her agency. It is also watchable while it traces her growing attraction to Captain Cool, attractively played by Dulquer Salmaan.
Unfortunately, the whole edifice of the movie falls apart latterly, when an attempt to portray the politics in the cricket team and board turns unrealistic and naive. Still later, the film describes the volatility and sentimentality of the Indian cricket fan, portraying passionate followers of the game as congenital idiots who fall for cheap stunts. This is downright offensive.
‘The Zoya Factor’ starts off well enough, but fails when it tries to do too much with too few skills on the cricket field available to it, and when it just does not have the creative resources for better scripting of the off stage drama that deals with cricket officials and fans. This is disappointing.