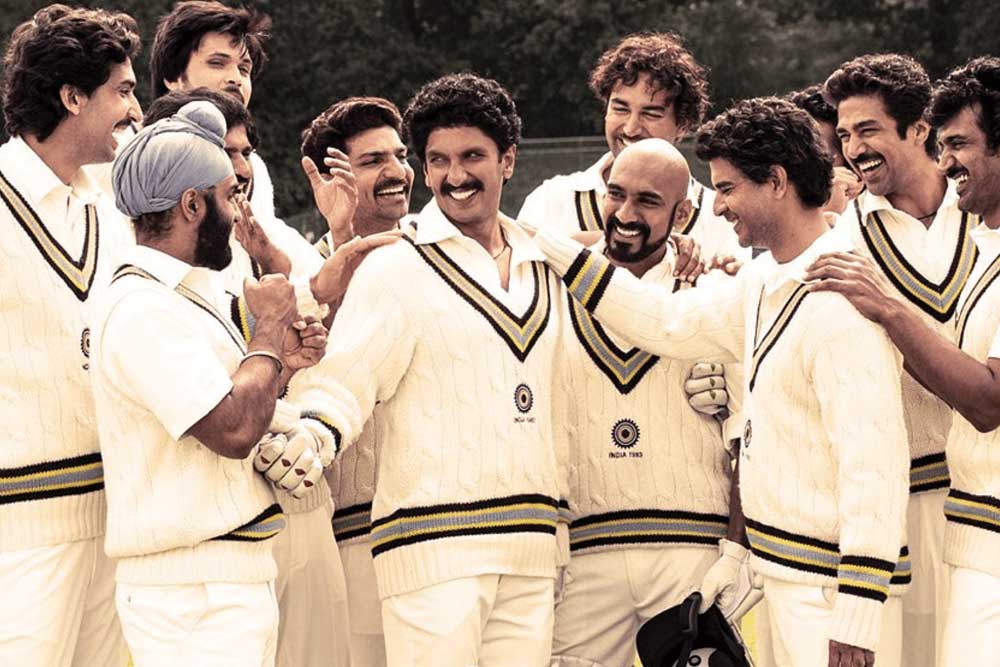 Taste success once, tongue wants more. That was Kapil Dev’s favourite motivational quote for his team during the 1983 World Cup in England, played for laughs as much as in seriousness. It was as true for Indian cricket as it was for India. 1983 was the last year of innocence before the travails of 1984 hit us–Operation Blue Star, Mrs Indira Gandhi’s assassination, the anti-Sikh riots, and the Bhopal gas leak. From then on we spiralled into the heart of darkness, hurtling from crisis to crisis. Kabir Khan’s 83 transports you to Team India’s magnificent win but in the context of the times. Anyone who grew up in that era will understand the incidents that are mentioned–Phoolan Devi surrenders, the Maruti car is launched, and it takes someone 18 years to get a telephone connection.

It was a different India then. As much as it was not woke–so one could make jokes about Kapil Dev’s attempts to speak English–it was also a country that had won independence but not respect, especially in the land of the former rulers. Kabir Khan’s film takes us back to that England, to that India, and to that BCCI, where officials would scoff at the cricket team when it went abroad to play.

It was, however, a more inclusive India. And when Mrs Indira Gandhi makes an appearance late in the movie declaring that Team India’s World Cup journey should be turned into a “tyohar” (festival), she was reiterating what is so often said now–that cricket has the power to unite. So it was in the team, a veritable showcase of India’s diversity, linguistic and religious. In some ways, 83 parallels Ashutosh Gowariker’s Lagaan (2001) with its perfectly assembled team of underdogs taking on the British colonials.

Twenty years later comes another near perfect movie which makes one’s heart and chest swell with pride. It is as much a social document as a work of art which shows how India went from being the laughing stock of the world to being the most powerful player in the game. It shows a country that didn’t believe in itself becoming aware that it could be a world-beater. Some of it has to be shown in shorthand but in a country that is currently so short on visuals of amity, it is important to be reminded of the things that used to bring us together.

Sadly when you taste success once, tongue wants more. Perhaps the innocent days when a winning bonus of Rs 25,000 per player seemed extravagant were not good for the game, but one wonders whether the kind of money in it now is healthy. Perhaps yes we were a poor country in which there were shortages of everything, but there was also a sense of nationalism that was not divisive or mean.

Khan’s movie is faultless as it recreates the era, the cricket and the context. Ranveer Singh as Kapil Dev is extraordinary, living the role, being simultaneously shy and assertive. Team India is as outstanding as that team was, but some players deserve a special mention–Saqib Saleem has been hanging around movies and OTT long enough. Someone make him a star already. Jatin Sarna is adorable as Yashpal Sharma, to whom the movie is dedicated and Mohinder Amarnath inhabiting the spirit of his late great father Lalaji is a delight. I can see him being cast as a cool daddy figure in a series of movies and series now. Khan keeps a tight grip on the narrative and never lets it go. We know how the movie will end but we’re still anxious to see every moment of it.

But the real star of the show is India. As it was, as it can be. I’m not arguing for a return to poverty, just to the comparative purity of purpose and transparency of soul. Doodh pi, cricket khel. That’s what Kapil’s mother would tell him. Jeet kar aa. Drink milk, play cricket, win. If only cricket and life were that simple now.