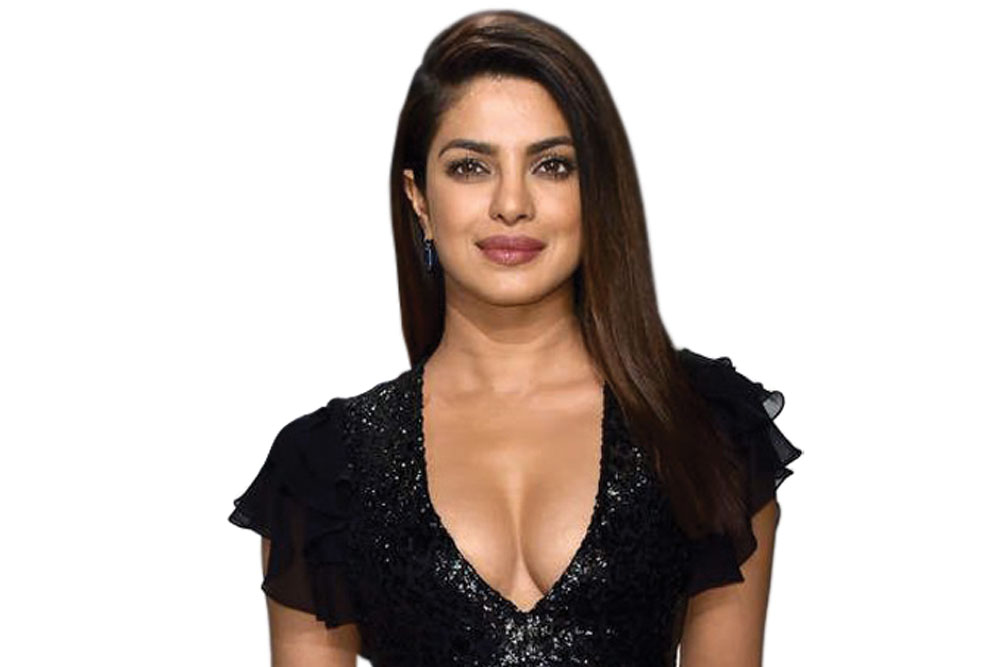 
Priyanka Chopra will add ‘author’ to her list of professional achievements (Miss World, Bollywood and Hollywood actor, musician, producer) when her memoir Unfinished hits bookshelves early next year. The Baywatch star gave a glimpse of the cover on social media recently, announcing that the book was now available to pre-order. She also revealed that she named the memoir even before she put pen to paper since the one thing she’s learnt in the 20-odd years that she’s lived in the public eye is that she’s constantly checking new things off her list personally and professionally and hence “I am very much unfinished.”

The actor, who goes by Priyanka Chopra Jonas now, explained that her life was anything but a fairy tale. She points out, “I have taken many leaps of faith, often times when I was advised not to—and even when I was too afraid.” To be fair, the actress is indeed Bollywood’s most famous—and most successful—export to the West. Unlike so many Indian actors before her who didn’t dare shift base to Los Angeles while trying to explore opportunities in Hollywood lest they be ‘forgotten’ in India while struggling overseas, she moved bag and baggage, committing herself fully to the challenge. She has, wisely, returned to make the odd Hindi film here, staying very much relevant on home turf.

It is possibly for that reason that she hopes the memoir will inspire readers “to walk away with the confidence of knowing that it’s ok to pick up, walk away, leave things unfinished, and move on to what’s next”. In her case, next is Evil Eye, an American film she’s produced with top horror movie studio Blumhouse that will drop on Amazon Prime Video next week. Priyanka doesn’t star in the film herself, but she is putting her weight behind brown voices. Evil Eye has Indian-Americans both in front of the camera and behind it.

Earlier this week, Bobby Deol completed 25 years in the movies, and the actor took to social media to thank his fans and colleagues who stood by his side since he first faced the camera in Barsaat (1995) and believed in him even when the going was tough. But the real ‘emo’ moment came when his co-star from his first film Twinkle Khanna (long since retired from acting) responded to his post saying it had made her all teary-eyed and nostalgic.

As many as two Tamil anthology films were announced the same week by rival streamers, making it clear that the big OTT platforms seem to have realised that putting all their eggs in the Bollywood basket may not be the wisest idea after all. Netflix announced that they will be releasing Paava Kadhaigal, a portmanteau film with shorts by Vetri Maaran, Gautham Menon, Sudha Kongara and Vignesh Shivan. Not a lot is known about this film so far, which is produced by Ashi Dua, who first rounded up Anurag Kashyap, Dibakar Banerjee, Karan Johar and Zoya Akhtar to make Bombay Talkies in 2013. A release date for it has not yet been announced.

Meanwhile, a rival project at Amazon Prime Video is expected to make it to the finish line first. Putham Pudhu Kaalai has shorts by Rajiv Menon, Karthik Subbaraj, Suhasini Mani Ratnam, Gautham Menon and Sudha Kongara. This film will drop on October 16th, and each of these shorts was produced during the lockdown and with the pandemic as an element in the story. The directors tell me they were raring to go when they were asked to participate (“I was bored and tired from the forced isolation,” Sudha reveals) but the reality of shooting during the lockdown—with the threat of the virus hanging over their heads—presented challenges they hadn’t faced before. “Two senior actors flatly refused to work in my film because they were obviously vulnerable on account of their age,” Suhasini says. “Even something as basic as glycerine was hard to get one’s hands on for the shoot,” she adds.