Tis the Season to be Jolly 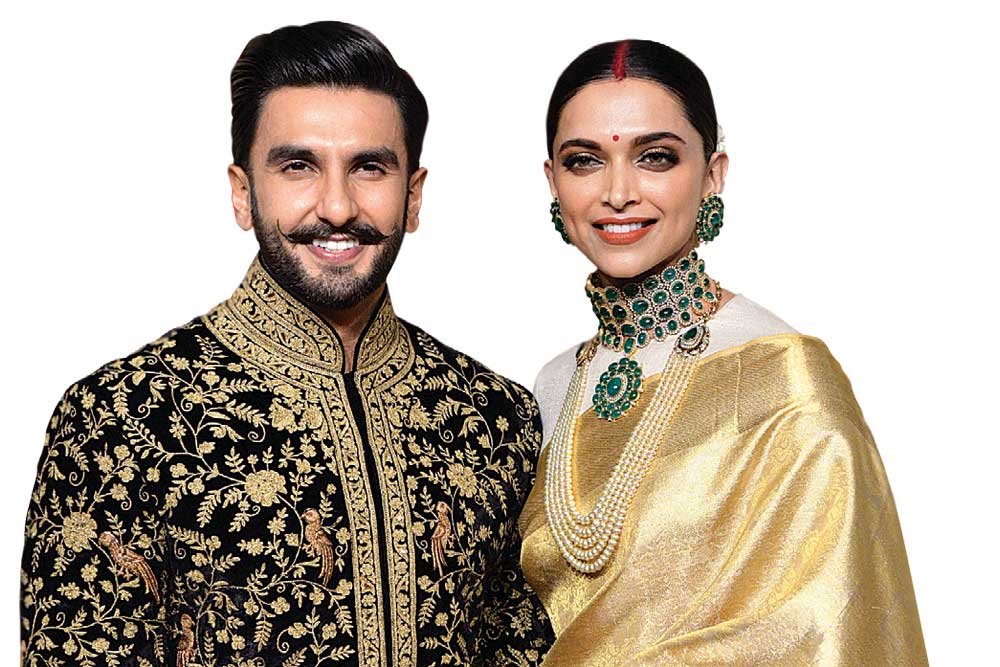 Marriages indeed bring people closer. It appears that at least a handful of awkward relationships may have been mended recently during wedding festivities.

Katrina Kaif has said she had a “wonderful time” at Deepika Padukone and Ranveer Singh’s wedding reception. She’s rubbished the notion that she was invited strictlyby the groom’s side, insisting that both Deepika and Ranveer reached out to her with the invitation. Katrina reportedly stayed till the wee hours of the morning and there are eyewitnesses who confirm that she spent some time mingling with the couple, and on the dance floor. She also told Pinkvilla that she’s become mature enough to understand that relationships and equations change with time, and that when someone makes an effort to repair a fractured relationship, she’s happy to meet them half way.

Meanwhile at another pre-wedding celebration— Isha Ambani and Anand Piramal’s sangeet ceremonies in Udaipur—it is learnt that Aishwarya Rai and Karisma Kapoor may have buried the proverbial hatchet. There are videos of the two actresses dancing in the same group (which includes Deepika Padukone, Sidharth Malhotra and Abhishek Bachchan), and some over-enthusiastic fan sites are insisting that Aishwarya even ‘twirled’ Karisma on the dance floor.

According to the insider grapevine, Priyanka Chopra is expected to host a wedding reception in Mumbai for her Bollywood friends and colleagues on December 20th after she returns from her honeymoon at an ‘undisclosed location’. Could that be where Ranbir and Salman hug it out? Don’t rule out anything.

Return to the Camera

Not that it was any secret— or that one needed any assurances— but Mahesh Bhatt has confirmed that Ranbir Kapoor and Alia Bhatt are very much in love. The senior filmmaker has said he will not comment on what direction the two are likely to take in their relationship, or whether they will choose to get married. But sources close to the pair are saying that they’re eyeing a January 2020 date for the shaadi.

Mahesh Bhatt, who will return to directing after a decades- long hiatus, has announced that he will helm a sequel to his 1991 hit Sadak, with the original pair Sanjay Dutt and Pooja Bhatt, and also Aditya Roy Kapur and Alia in central roles. Alia has said it’s been her lifelong dream to be directed by her father, but she’d given up on it when it became clear he was no longer interested in making movies. She was pleasantly surprised when he said he’d do Sadak 2 if both Pooja and Alia agreed to be involved.

Sources say it was Mahesh’s producer brother Mukesh Bhatt who had the brainwave to put Sadak 2 into production as a way to re-energise the family banner Vishesh Films.

After making room for the occasional gay character and a handful of sensitively handled gay relationships, Bollywood will turn its gaze onto women who love women. A new Hindi film coming out (pun unintended) early next year, titled after an evergreen ballad of the 90s, will tell the story of a young girlfrom a traditional Punjabi family who discovers that she has feelings for another girl. It is, reportedly, as much about her parents and fiancé coming to terms with this information as it is about her becoming comfortable with her truth.

The protagonist is played by a glamorous ‘fashionista’ star who prides herself on bucking trends when it comes to picking roles. Insiders say the subject has been treated with great sensitivity. Positioned as an ‘emotional family drama’, the movie stars A-listers in key roles.