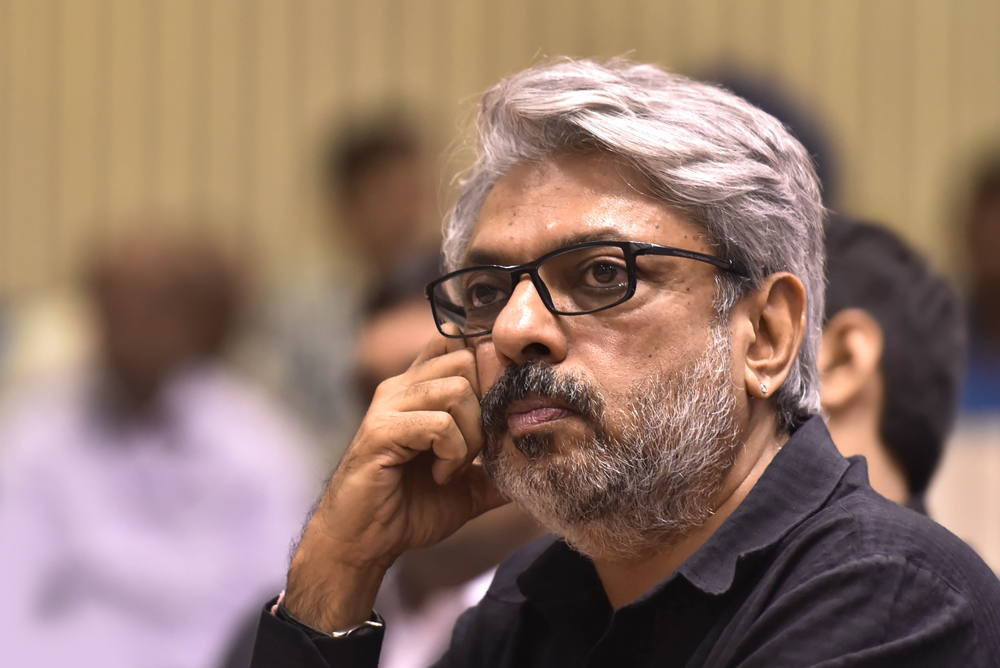 
Alas, it wasn’t meant to be! On August 25th night, when Salman Khan tweeted that ‘The film with Sanjay Leela Bhansali is pushed but I will see you all on Eid 2020. Insha-Allah!!’, it became clear there was trouble in paradise. Inshallah, which reunites Salman and his Hum Dil De Chuke Sanam director after 20 years (and many ups and downs between them), was meant to go on the floor this very week. Was Salman suggesting now it had been indefinitely postponed?

Amidst the rumours, it appears the truth is quite simple: Salman and Bhansali have had disagreements over the script and the latter’s proposed treatment. These ‘conversations’ had reportedly been going on for weeks, but things came to a head last week during a meeting following Salman’s return from an outstation shoot of Dabangg 3. Bhansali appealed to his star to leave the script to him, but Salman was adamant about his changes. At which point the meeting ended abruptly, with Bhansali threatening to call off the project.

Insiders say Salman didn’t expect the filmmaker to follow through on his threat. After all, there was a massive set standing and the film’s heroine Alia Bhatt was set to begin shooting her solo scenes just days later. No wonder the actor was surprised when his team got a call from Bhansali’s office saying the film was being put on hold. The size of his ego proportionate to the size of his chest, Salman refused to call the director to work out a truce. Instead, he decided to be in control of the narrative by putting out the news first. Salman still thought Bhansali would come around so he merely tweeted the film was ‘pushed’.

Once again the director surprised him, saying the film was in fact shelved. Since then Salman has given interviews hinting there was no bad blood between them and they would work together in future. Word from Bhansali’s camp, however, is the filmmaker “is done with Salman”. In the midst of all this, Alia suddenly finds herself with a big hole in her schedule, but there hasn’t been a word of concern or apology from the actor or director. Insiders also say it is unlikely the filmmaker will recast the male lead and go ahead with the film. “He is both exhausted and disappointed,” a source says. There is financial loss too: Bhansali had invested his own money, not having roped in a studio to coproduce the film.

Bollywood is divided over the incident. Salman’s loyalists continue to rally around him. Others think it was brave of Bhansali to not cave in and avoid what Kabir Khan faced with Tubelight (2017). According to the grapevine, Salman has greenlit Sajid Nadiadwala’s Kick 2, which will now shoot on the dates he had allotted to Bhansali so they can still make an Eid 2020 release.
The ones who lose out most, perhaps, are the fans thirsting for a Salman-Bhansali collaboration after Khamoshi (1996) and Hum Dil De Chuke Sanam (1999).

One Khan at a Time

Rajkumar Hirani is reportedly scripting a film for Shah Rukh Khan. The Lage Raho Munna Bhai filmmaker—following MeToo allegations (that he’s denied) and underwhelming response to his last film Sanju (2018)—had originally contemplated writing for the Zero star with Salman, but quickly abandoned the plan on realising what a Herculean task it would be to please both. Insiders say an announcement could be coming soon.

A top heroine has summoned at least two directors to her overseas shoot location, where she has considerable time to discuss their scripts she’s definitely interested in. Both are ‘mature subjects’, better suited to her current situation. She’s taken a long break from the screen, but sources say she wants back-to-back projects here on to remind fans what they have been missing.