A part of us too died with them 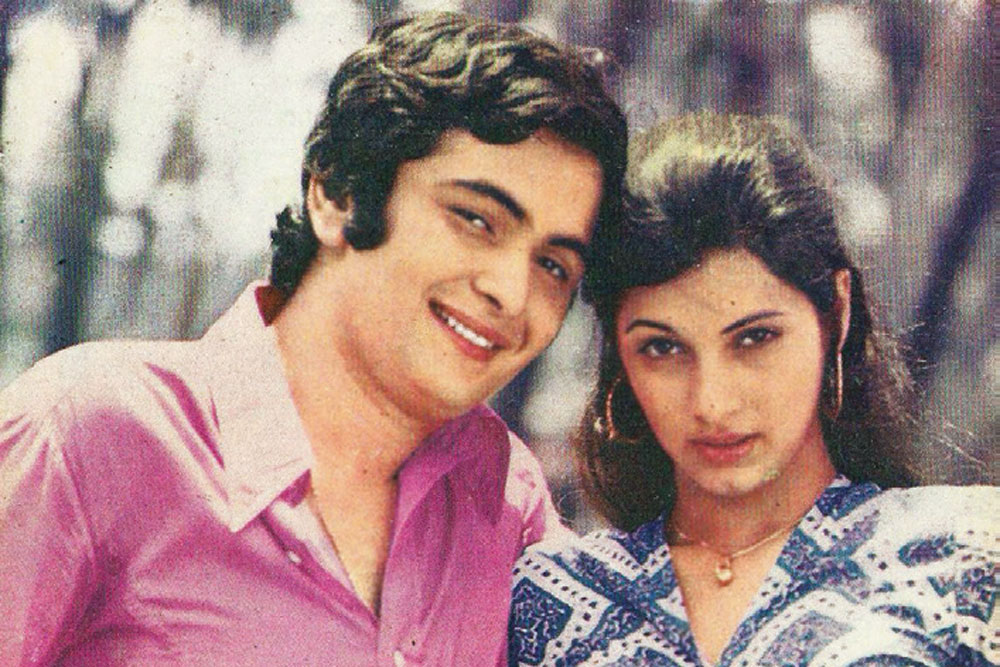 
WE HAVE LOST two very different superstars. Irrfan, the boy from nowhere, who wasn’t handsome in the conventional Hindi film manner, but whose excess of talent and charm carried him to the top at home and overseas. Rishi, born a star, Bollywood royalty, for whom Lata Mangeshkar, Nargis and others were always part of his life.

I knew them both a little, in different ways, and want to add my voice to the many more formal obituaries and surveys of their careers by reflecting on why their deaths were seen as personal losses for people who they had never met.

A shy, lanky boy with intense eyes, Irrfan talked and talked with me at our first meeting in 1991, though his English was improving and my Hindi non-existent. Our conversations were about everything but mostly films. Once, he handed me a bunch of newspaper clippings of reviews of his work, as if showing me his school report card. I read them diligently, then he folded them carefully and replaced them in his pocket. I was reminded of this gesture when in The Lunchbox (2013) he takes out his book to read with a weary gesture as if he’d done it so many times before.

His passion and determination to succeed were extreme, as were his views of the future and hopes for a better world. I could only admire how he kept these alive, realising at the British Film Institute screening of The Warrior (2001) that he would achieve his goals. He had found the director he needed in Asif Kapadia, whose astonishing ability to capture genius on film made this one of my favourite among his films.

While Irrfan’s virtuoso performances have made even some dire films almost watchable, for me it was not so much his seemingly effortless and acclaimed acting in films that were worthy of him, such as The Lunchbox or Maqbool (2003), but two where he played characters whose repulsiveness could have made them cartoon baddies had he not mobilised his acting talent to flesh them out as rounded individuals: Ranvijay Singh in Tigmanshu Dhulia’s Haasil (2003) and Umber Singh in Anup Singh’s Qissa (2013). Both films were disturbing and haunted me for a long time.

I MET RISHI WHEN I was working on my book on Yash Chopra, and he performed like a star when I interviewed him at RK Studios in 1997. The costumes. Where was the cottage where RK worked on his films?

Like everyone else, I became a Rishi fan with Bobby (1973). He and Dimple were so well matched: young, beautiful, soft round the edges, and yes, we did know what you might get up to when the two of you were locked in a room in her hotpants, not chasing lions and all that. The loveliness of them both, the new Indian youth dressed in ’70s chic, the tropes of Hindi cinema: Kashmir and qawwalis, dream sequences, predatory aunties (no, wait… but they were scarily ogling him in ‘Main shayar to nahin’), strict parents, exoticised Goans (I remind my students that no one wears an outfit like Dimple’s). Love depicted as fun and friendship, not sighing passion and sorrow.

Like everyone else, one of my all-time favourites is Amar Akbar Anthony (1977), the craziest movie that showed that only a Hindi film can do what a Hindi film does: have a ludicrously implausible plot—from the ‘transfusion’ to the miracles to the denouement—but entertain you every minute of the way with stars, song and a belief in the family that will be reunited—whatever happens.

Rishi was the non-macho hero, the sweet-faced cuddly one in jumpers. I loved Rishi’s knits and his white trousers as he danced away, full of life and fun, Monty Oberoi and Rajesh (‘Fake Manjeet’). Rishi often acted alongside another hero in his films, often Amitabh but even Shahrukh. The first film of his I saw was Chandni (1989), where he and Sridevi had such brilliant songs, but one of his greats was Kabhi Kabhie (1976), in which I thought the film was over after Amit had lost his love, but Vicky came bouncing back to show how the youth had no intention of letting go.


Rishi was so charming and beautifully mannered whenever I met him. He had the students eating out of his hand at an interview we did at LSE in 2012, when they sang along with his songs before he sang ‘Main shayar to nahin’. His book launch at the Jaipur Lit Fest was also fun though I had little to do but prompt him to tell his fabulous stories.

Everyone thought as Raj Kapoor’s son, he was just the sum total of his family connections and the young Rishi Kapoor could dance his way through life, as he made it all look so effortless. His later roles were more complicated and often controversial, as a difficult film star called Rishi Kapoor (Chintu Ji, 2009), a butcher and pimp (Agneepath, 2012), a Muslim fighting for his family (Mulk, 2018). Which other star would play a gay dean (Student of the Year, 2012) and then get on the dance floor to remind the young hunks of his grace and style despite his age and weight?

Rishi let a new form of himself emerge, reminding us that many of the Kapoors also took more actorly roles—his uncle Shashi, himself a star in the West, though Rishi stuck to Hindi films and Indian productions.

WHAT WAS STRIKING about the reactions to the deaths of Rishi and Irrfan, as often with screen stars, was how people felt as if they knew them in real life and they had just lost something of themselves. This is the very nature of their stardom: Rishi, that he represented the Indian youth; Irrfan, that he communicated with you so well you felt he was the person they were addressing. This was about their roles in film, not about them as offscreen real people.

Rishi’s role in the history of Hindi cinema is assured. He worked with the greatest directors, including three who shaped the Hindi film and understood it like no other: his father, Raj Kapoor; their family friend, Yash Chopra; and today, Karan Johar. This is the person who we mourn, remembering his sense of fun, of recklessness, of knowing your stuff. We know less of the real person, though he wrote a book which is surprisingly frank. He always said he was no saint, and he was reputedly difficult, which we saw only via his willingness to pick a fight on Twitter.

What was striking about the reactions to the deaths of Rishi Kapoor and Irrfan Khan, as often with screen stars, was how people felt as if they knew them in real life and they had just lost something of themselves

Irrfan’s stardom was also about his films and film roles and perfomances, not about the offscreen person. Few people knew Irrfan, many thinking him aloof and remote. He always looked shy and awkward, even when he had money to buy expensive clothes. In real life, he couldn’t inhabit them as he did his costumes.

Irrfan’s stardom was entirely about his talent. His ability to convey emotion in a restrained manner, to act, to be the person he was portraying. Irrfan’s feelings were internal, and the viewer had to look carefully to see emotions subtly expressed which might draw us into his being. His performance and his roles gave him the charisma—desired as a sensitive and emotional man who addressed directly and understood, or was the stylish one who was in control of his emotions and had a dignity of cool, perhaps inherited from Amitabh but embodied in a different type of cinema, a culture which he and his fans shared.

Rishi’s appeal was to a broad public who love the features of Hindi cinema and its own individual style while Irrfan’s was higherbrow, an international cosmopolitan cinema, of Shakespeare translated to an authentic India, of films which asked frightening questions like Qissa.

Both of them were too young to die, and they were brave in the face of cruel disease. We will mourn them and what they could have done—Rishi’s ventures into more serious and risky roles, while Irrfan was really opening up. These two have taken part of us with them, our memories of carefree youth and happiness with Rishi and the new emotional codes with Irrfan. They both tell us about ourselves and embodied the times we live in and the values we hold.