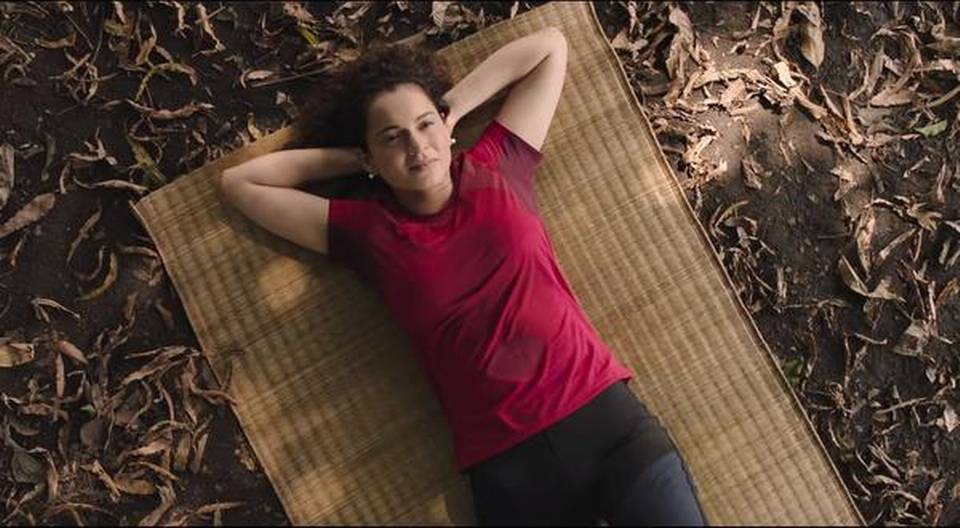 This is a well meaning movie that weaves the joys of domesticity with the sporting life, and turns both into a bit of a bore. Of course, it is a given that the life of a working wife and mother is never going to knock them in the aisles. But the manner in which this film elongates simple scenes; like making ‘parathas’ for the seven year old, ensuring the hubby’s life is organised, taking the kid to a doctor because the pizza gave him indigestion, racing to office, being snapped at by the boss, and much else; indicates that the makers believe that domestic drudgery is some form of unheralded heroism that should be paid tribute to.

Which well we might. But there is too much of it in ‘Panga’, a film about a national ‘Kabaddi’ player who left the sport at her peak to get married and have a baby. The story is that Jaya Nigam (Kangana Ranaut), an Indian Railways employee in Bhopal, got married because she fell in love with her husband, Prashant (Jassi Gill), also employed by the Railways in the same city. She adores her precocious son, Aditya (Yagya Bhasin), dotes on his every gesture and cheeky interjection, and is loathe to leave him alone unattended for any length of time.

The point being made is that she did not sacrifice her sports career to start a family, but opted for it. Her priorities come through well, and the personality and character of Jaya is nicely formed, with the help of a natural and unaffected performance by Kangana. However, the happy scenario of domestic bliss goes on for far too long, and so, later, the explanation for her burning need to make a comeback in the national ‘Kabbadi’ team, is not convincing.

Jaya meets a buddy from her old glory days, a ‘Kabbadi’ player, now a coach, who tells her that she was the best, and has let herself go to seed. Meenu (Richa Chadda) is single, footloose, affectionate and independent, and works on Jaya’s mind. By the time we return from the interval, or thereabouts, Jaya is training with her friend and is persuaded to accept an offer from the Eastern Zone of the Railways to play for them – the condition being that she has to come to Kolkata to practise with the team, and to mentor the younger players.

‘Kabbadi’ is a great contact sport, but is not very cinema friendly. We repeatedly watch a ‘raider’ enter an opposition court, use athleticism and skill to escape, and/or be brought down in a scuffle. The filming of this activity in ‘Panga’ does not exactly set the screen on fire. Even Jaya’s vocal and expressive young son comes to life only when his Mom is the ‘raider’.

The saving grace of ‘Panga’ is that it has no patriotic overtone. There is no chest thumping after an Indian victory, and no ‘in camera’ playing of the national anthem. This is a mercy. The understated feel of the film is the most pleasing part of it.