As a launch vehicle by Sunny Deol for his son, Karan, the movie is only marginally effective 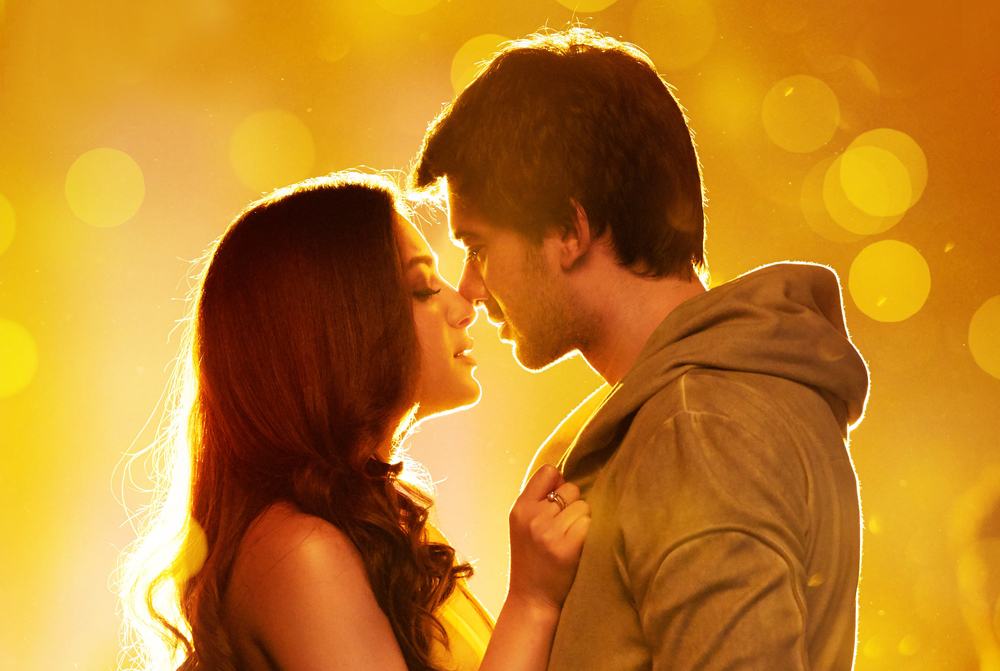 As a Himachal Pradesh tourism film, as a docudrama on the best trekking deals available on the internet, or for its single stunning photo of the Snow Leopard, ‘Pal Pal Dil Ke Paas’ would be worth a watch. But as a launch vehicle by Sunny Deol for his son, Karan, the movie is only marginally effective.
This film is about a social media critic and evaluator of adventure trekking outfits, Saher Sethi (Sahher Bambba), who finds an outrageously expensive one advertised on the internet. She is determined to pull it down as a scam of epic proportions, but decides to give it a fair trial. She takes a flight to Himachal, finds her way to the tour guide, a young man called Karan Sehgal (Karan Deol), and they both take off by helicopter for the mountains. He promises to return her money if she is not satisfied with the trekking experience.
After an episode of altitude sickness, Karan has to strap Saher to his back, and bring her down to a height she can better tolerate the thin air. Bratty and defiant at first, Saher is gradually charmed by Karan’s mountaineering skills and his unfailing courtesy. He insists on always calling her Miss Sethi, and is very mindful of her space and needs. She finds this quite unusual. We later discover that back home in Delhi she has a super rich boyfriend who treats her like trash, declares that he owns her, and walks all over her feelings.
Though slow and plodding in the description of the nature experience, there are moments of sensitivity contained in the sheer beauty of the natural landscape. Particularly nice is when the two lie on their backs and look up at the perfect and cloudless night sky. Saher’s sun sign is Virgo, and the astronomically well informed Karan points the constellation out, drawing the maiden in the sky.
A better script might have worked on the contrasting images of a rural and urban lifestyle on human nature, and relationships thereof. But this is a launch film for debutantes, and the purpose of the filmic exercise is vastly different. So, instead, it shows you a couple from all their best photographic angles. Karan looks uncannily like his father, Sunny Deol – a less explosively powerful one, perhaps, but constructed in a similar vein.
Since it is essentially a publicity exercise, there is not much to take home from ‘Pal Pal Dil Ke Paas’. In more senses than one, it is just a trailer for the next Karan Deol feature film.