Lipstick Under My Burkha Movie Review

The movie is an absorbing watch, and very well acted 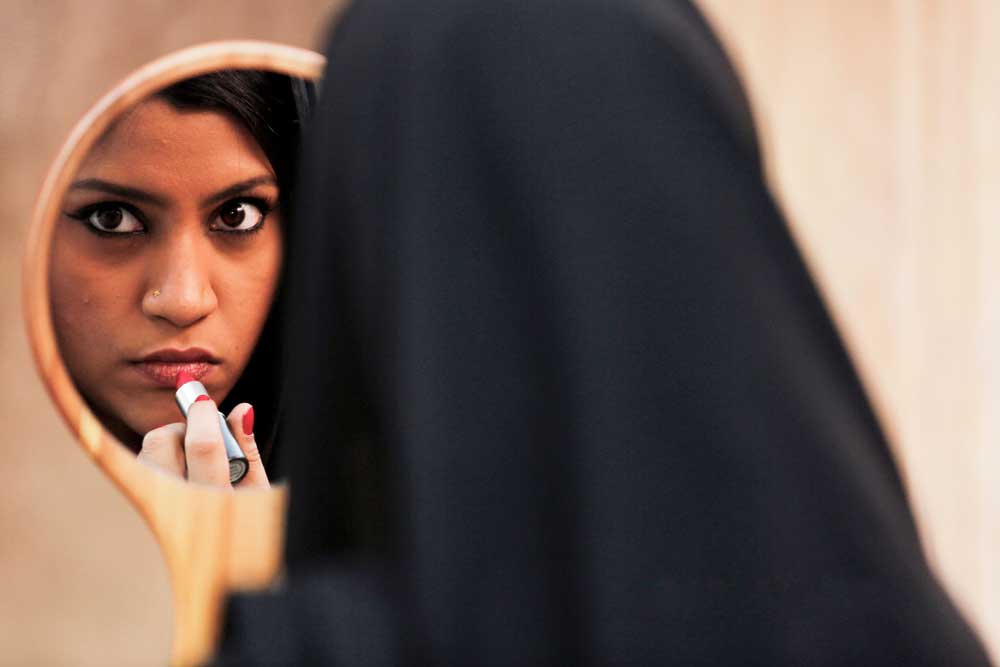 Lipstick Under My Burkha is clearly not a gentleman oriented film. The female libido is on high drive here, and the four central characters make it perfectly clear that the men in their lives are just too inept, insensitive, or inadequate in dealing with passion and longing. All the women live in a decrepit and claustrophobic building called Hawa Manzil; which is a bit rich because everyone has sex fully clothed here, even the married lady with three kids.

Leela (Aahana Kumra) is having a torrid affair with the local wedding photographer. On the day she is engaged to another man, the photographer takes the pictures. Still dressed in her finery, she leaves her fiancé to the small talk and sneaks the lensman backstage for an encounter, only slightly lifting her dress to help the poor man gain better leverage. Later, she goes to his quarters, yanks him out of a deep sleep and takes him to the bathroom for another session. Adding a deft depiction of small town life in the city of Bhopal, director Alankrita Shrivastava gives you a sexual revolution in the making, under cover, under the Burkha.

Rihana (Plabita Borthakur) is a ‘cool’ college girl who protests the ‘no jeans’ policy of her educational institution. But at home, she lives in a conservative family where she has to exit and enter the front door in a Burkha. Leading a double life can be stressful, and Rihana makes a few crucial mistakes in her effort to be an independent young lady and fit in with the crowd.

The other two characters in this schematic, quadrangular script are older. Trapped as they are by age and social circumstance, their revolt against patriarchy has more drama and a lot more risk. A mother of three, Shireen (Konkona Sen Sharma) is treated like a semen deposit vault by her crass husband. While issuing dire threats to her for having taken up a saleswoman job, he gets on top and humps her, in a vivid demonstration of marital rape. She abhors the man, but can’t leave.

All these scenes are carefully constructed; woven together, often passionate, sometimes poignant, and always realistic. Lipstick Under My Burkha is an absorbing watch, and very well acted. The problem with the film is the maker’s obsessive need to always tie up the ends of her story in a neat quadruple knot, and then make faux didactic points on the long suffering sisterhood of women. This is wholly unnecessary, as the narrative has already described it graphically.