She has signed three big films in quick succession, getting everyone in Bollywood to sit up and take note of her 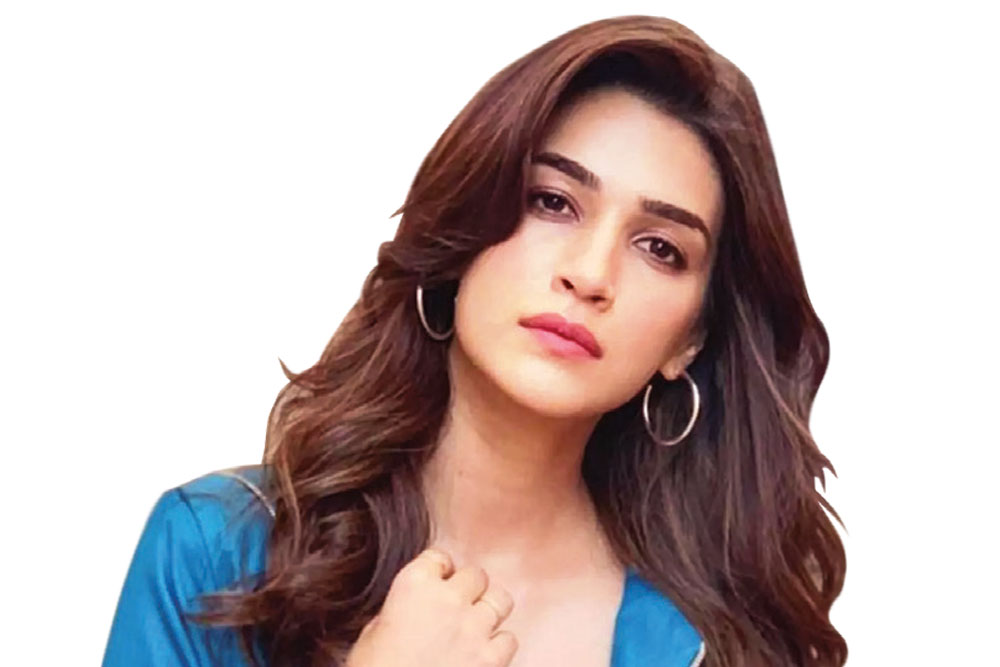 
Burning up at the moment, certainly as far as her popularity with producers goes, is Kriti Sanon. She has signed three big films in quick succession, getting everyone in Bollywood to sit up and take note of her. Currently filming a ‘middle-class drama’ opposite Rajkummar Rao in Shimla that is bankrolled by her Raabta and Luka Chuppi producer Dinesh Vijan, Kriti reportedly beat out a clutch of other young promising actresses to land the lead opposite Telugu superstar Prabhas in Tanhaji director Om Raut’s ambitious saga Adipurush.

Kriti will also star opposite Tiger Shroff again in Heropanti 2. Her third biggie is Bachchan Pandey opposite Akshay Kumar.

Film trade sources are saying it is the actress’ solid work ethic and her pleasant manner that endears her to every unit she works with. Plus unlike Alia, Deepika, Taapsee and others who’re seeking out female-driven projects for the most part, Kriti is happy to star in films where the hero has to do the bulk of the heavy lifting.

Lootera director Vikramaditya Motwane’s experimental project AK vs AK, which stars Anil Kapoor and Anurag Kashyap as themselves in a story that teeters delicately between fact and fiction, will begin streaming on Netflix next week. The film’s plot sees Anurag kidnap Anil’s daughter Sonam and film the Ram Lakhan star’s search for his sprog over the course of a single night across Mumbai.

Few might remember that a version of this same film was originally offered to—and shot with Shahid Kapoor—but production reportedly halted after only a few days in 2015. According to insiders, Shahid realised he did not share Vikram’s vision and asked to be let off the project. Vikram reveals that he revived the project when he imagined Anil Kapoor in it. A new version of the script was banged out and the project was offered to Anil, who said yes. “You get to a place in your life and your career when you want to take bold chances. I didn’t have a moment’s hesitation,” Anil reveals. Vikram, however, admits he gave Anil the script “and then I ran off.” When it came to convincing his kids Sonam and Harshvardhan to appear in it (as themselves), Anil says he left it to Vikram. “I didn’t want to be held responsible if the project didn’t turn out the way we hoped for it to. So I didn’t want to ask them to do it for me. They had to want to do it if they were going to.”

Eventually, both Harsh and Sonam were in and their mum, Sunita, famously media-shy and intensely private, wouldn’t so much as listen to the script. “Harsh asked her if she’d do a small cameo. She said there was no chance in the world,” Anil remembers. His elder brother Boney does show up, and Anil jokes that it was the most stressful day of the film shooting with Boney “because he makes up his own lines and keeps changing them in every take”.

According to the Bollywood grapevine, Sanjay Leela Bhansali is in advanced talks with Netflix to produce a lavishly mounted limited series based on his passion project Heera Mandi. It is no secret that the Devdas director has been fascinated with the subject for some years now; he flirted with the idea of helming a feature film—a love story—set around the titular red-light district in pre-Partition Pakistan but never got around to it—until now.

Sources are saying the show has been greenlit by the streamer, even as a script is being whipped into shape. Bhansali is currently finishing Gangubai Kathiawadi, which is reportedly a ‘female gangster film’ that stars Alia Bhatt. He will move on to Heera Mandi following that, but there is some talk that he may not direct the series himself. Bhansali could serve as the creative brain behind the show (and he will produce it) but it will likely be helmed by a director of his choice. Sources are saying Bhansali has already discussed the project with Deepika Padukone but nothing is locked yet.