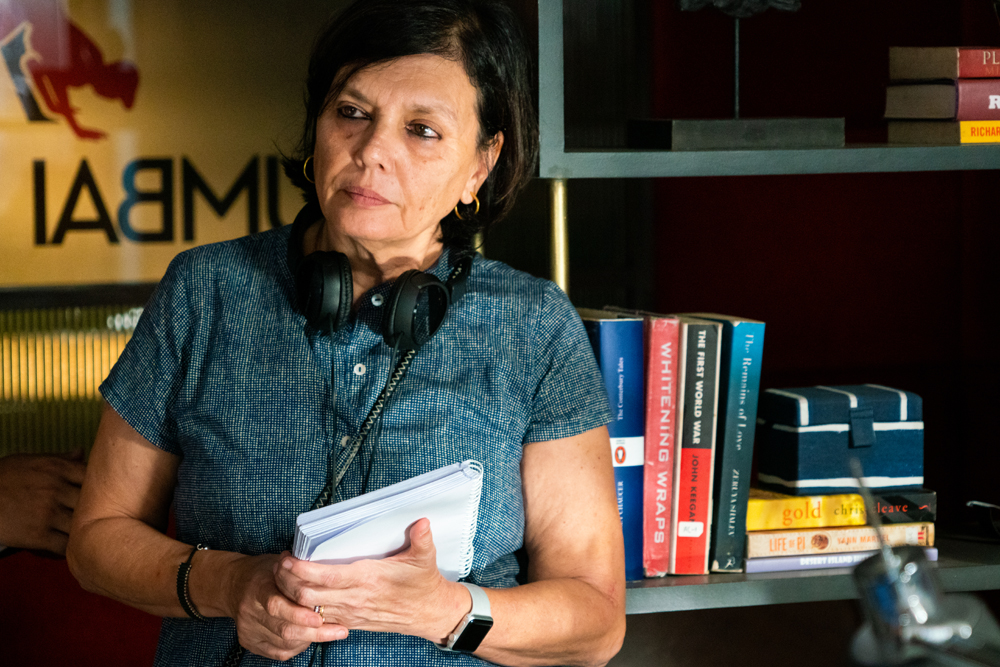 
In the 60s, growing up as a Parsi girl in the city, Sooni Taraporevala remembers being driven to ballet school in South Bombay. She was just six or seven then, and Mumbai was still Bombay. The roads were traffic free, skylines devoid of skyscrapers, and the city much calmer. Ballet was just one of the many creative pursuits she took to, thanks to an artistic drive that led her to writing books at the age of 10! She’s been an author, a photographer, a screenwriter and a director—each of these forms paying ode to her connection with Mumbai, a city and its people that’s been the seed to her art. When she wrote Salaam Bombay (1988), one of the most memorable films on life in the city, it changed the way people looked at Bombay. Today almost 30 years later, she’s back with Yeh Ballet, a real life story about two young boys from the slums of Mumbai who make it to a prestigious ballet school in America.

Yeh Ballet begins with a beautiful wide shot of the Bandra-Worli Sea Link leading to the slums that engulf half of that stretch. Your film deals with this dichotomy of the city.

Well, it’s a dichotomy that has defined the city for years. Development has been for the rich, and the poor are left with dreams, if they dare to dream that is. When I read about the story of Manish Chauhan and Amiruddin Shah, two young Mumbai boys trying to make it as ballet dancers I immediately knew the challenges they would have faced to achieve what they did.

I wanted to celebrate that achievement and show it to people with so much talent but such little opportunity in India. I mean imagine two boys who have grown up on Govinda and Mithun’s break dances and filmy numbers and free-styled most of their lives, trying to master ballet. Ballet is not an easy form, and it requires years of dedication to practice it. Plus their economic backgrounds were far from conducive to the kind of training they needed. Despite all of this they made it, and that’s the victory of their will and their hope, hope that we all could do with. It was a story waiting to be told.

When you see fisherwomen drying their afternoon catch in the hot sun, you really smell the city in the film. This time what did you keep in mind while capturing little corners and people of Bombay?

To keep it real, to keep it unsanitised. That’s the beauty of Mumbai. Every person of any race, religion, colour, gender, profession is here to earn his living and the idea is to capture that very struggle. Be it in their homes or outside. My protagonists lived in the slums of Mumbai, and that itself lent so much character to the film. I really believe it’s in these little lanes, behind those colourful doors, and inside tiny chapels, temples and dargahs is where life thrives in Mumbai. Amir and Manish belong to that world, but think of building a new one. A world they have little knowledge about. But I truly believe that if not for the spirit of Mumbai, and the courage it lends you to live through life, not many can dream as big as they did.


Amir as a Muslim boy trying to learn ballet struggles with fitting into his own society. He is made aware of his minority status. How do view this conflict now as opposed to when you were a youngster in the city in the 70s?

Everything changed after the ’90s riots. Before that it was a lot more peaceful. I belong to the Parsi community who came to Mumbai as refugees and made the city their own. I am a minority myself but I never felt like one because this city has been made as much by minorities as the local inhabitants. Today religious conflict is a lot more rampant, in your face. But though they are part of everyday life in the city, I don’t think the youngsters really bother with it. These conflicts are trying to manipulate the true nature of India which is diverse, and that’s sad. I think it is present more with an older generation though, than youngsters. I think youngsters just want to get on with their life and really pursue their dreams. They have other concerns, and religion is the least of it, even if they have to fight biases.

You’ve written the screenplay for iconic films such as Salaam Bombay and The Namesake (2006), and you’ve Padma Shri (2014). Yet you have been very selective with your work as a writer. Why?

Truth is that I haven’t really been selective. A lot of the work I had written never saw the light of day. In fact, I was so de-motivated as a writer, at one point I thought of quitting it all. There was a time between Dr. Babasaheb Ambedkar (2000) and The Namesake where I was commissioned international work , but none of it ever released or even got made. That’s the biggest challenge I face as a writer. To write stories that don’t see the light of day. And as a filmmaker, to make films without stars that don’t find an audience. Thankfully, with Netflix and other platforms that has changed, and it’s really been transformative for me that my film has released in 196 countries in 45 different languages. It was unheard of until 10 years ago.

You are 63 and this is your second feature film. Seems like your journey is just beginning.

I hope so. I’ve told stories all my life. It’s just about recognising it. My friendship with brilliant minds like Mira Nair has given life to my work. There’s a story of hope and survival in every corner of the world, and I will be happy to discover it as and when I can.