Kangana Ranaut: Her Own Woman 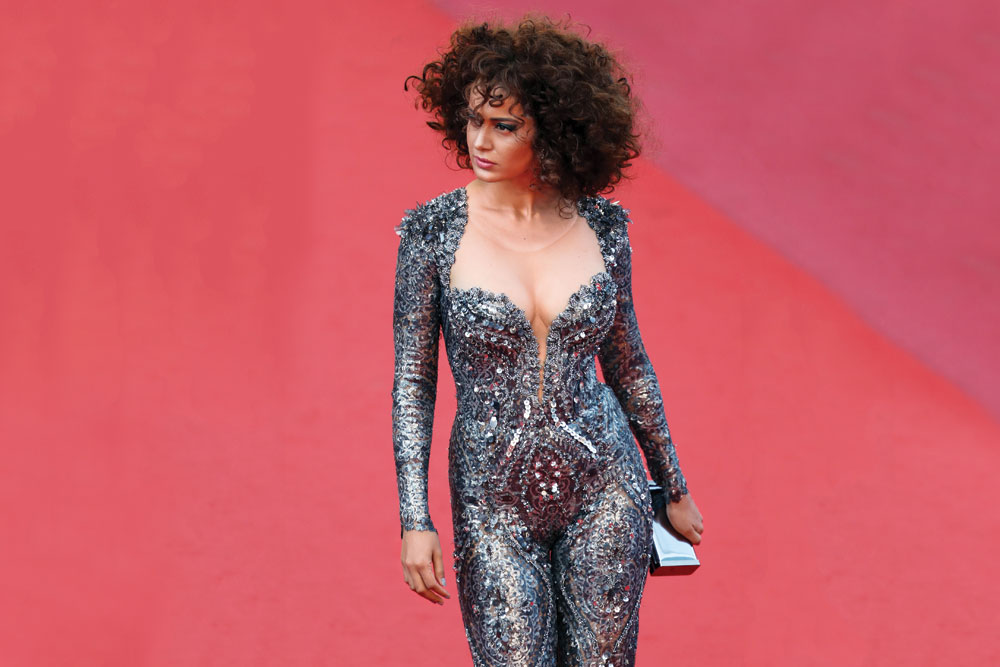 
THE STORY goes that when Kali cut off demon Rakta-bija’s head with a sword, she drank every drop of blood to prevent him from producing more demons. In the teaser of her Diwali 2020 release Dhaakad, Kangana Ranaut is a very Indian superwoman, licking the blood trickling down her face, recalling that iconography in a double whammy. Not only is she stating her inheritance up front, tapping into the most powerful form of female shakti, but she is also owning up to the ridiculous suggestion by a former boyfriend that she would drink ‘impure’ blood.

That’s the new, assertive Kangana Ranaut, 13 years into the film industry, unafraid of claiming and celebrating who she is, flaws and all. With Manikarnika: The Queen of Jhansi, starring her and co-directed by her, making Rs 130 crore (on a budget of Rs 125 crore) at the box office, she has clearly become the true inheritor to the trend Vidya Balan sparked off with The Dirty Picture (2011), making commercially appealing, critically applauded women-oriented movies. And even when her choices, such as the recent quirky thriller Judgementall Hai Kya, don’t pay off at the box office, she cannot be accused of doing tried and tested formula movies.

Coming into Bollywood in 2006 with Gangster, all curly hair, untapped angst and unvarnished accent, the runner-up to Chandigarh’s Ayur Face of the Year 2002, as a high school student from DAV School in Chandigarh’s Sector 15, was everyone’s favourite neurotic young woman. Mahesh Bhatt, who produced her first two films—Gangster (directed by Anurag Basu) and Woh Lamhe (directed by Mohit Suri, 2006)—remembers her as “wild and beautiful”. “Her debut was staggering. She was clearly one of her kind.” The girl from Bhambla in Mandi district in Himachal Pradesh set the template for the narrative that nearly defined her: enormous talent on screen, troubled personal life off screen.

As the world took notice of her brilliant performance as a fragile model in Madhur Bhandarkar’s Fashion (2008), completing a trifecta of unhinged women on screen, Ranaut made news for the very public end to a tumultuous relationship with actor Aditya Pancholi, which seems to have followed the textbook definition of abuse, and who she doesn’t name now but has referred to in the past as “mentor-turned-into-tormentor”. There was talk of his car chasing her autorickshaw, physical violence in the middle of a street, and her FIR countered by his FIR in May 2007. Ranaut could have easily been one of many women consumed and spat out by Bollywood’s dream machine—a long line which starts perhaps with Meena Kumari, includes Zeenat Aman, and goes on to Jiah Khan. But she has survived, thrived and lived to tell her story the way she wants to tell it.

As she told me recently at an interview for another magazine in her spacious home in Khar, a Mumbai suburb, with portraits of her icons around her—an eclectic mix from Frida Kahlo to Swami Vivekananda, Audrey Hepburn to Marilyn Monroe—she fell into very “bad company” when she was 16-17. “I was virtually under house arrest. There was this particular moment when I looked around me as if I was out of my body and wondered how I had ended up in this shithole. How did I make these choices that brought me here?”


She overcame that with introspection, meditation and yoga and started what was to be another pattern in her life: a lifelong commitment to self improvement. She worked on her accent, taking tuitions in English she continues to this day. She embarked on a spiritual journey that now sees her seeking wisdom from Sadhguru Jaggi Vasudev. And she developed a healthy detachment from romantic love, spending time with her sister and manager Rangoli Chandel, whose 54 facial surgeries she funded after a tragic acid attack in Dehradun.

She finessed her craft, doing a two-month course in film-writing from New York University. She curated a fashionista image, a remnant of a childhood obsession with sartorial experimentation that saw her being dubbed Lady Diana by her businessman father. She also developed a political viewpoint, which she is unafraid to air, whether it is to celebrate Prime Minister Narendra Modi’s strong leadership or castigate those she believes are being selective in their outrage about events in India.

Her former mentor Mahesh Bhatt may not agree with her politics, but as he says to Open: “All points of view come with reference points. Like my protégé Anupam Kher, Ranaut’s politics originates from a different reference point. I know all reference points are transient. But I respect her right to be different.”

Ranaut has the certainty that though Bollywood will always look askance at a “mountain girl”, she has found a place in it

London-based film scholar Sangeeta Datta looks at Kangana’s film choices, the latest being a forthcoming biopic of the late Tamil Nadu Chief Minister J Jayalalithaa, and says she is convinced she will join politics one day. As she says: “Like Nargis and Jayalalithaa, Kangana has leadership qualities. Given her proximity to the present government, I think a more active participation in politics is almost predictable for her.” Ranaut herself admits she was approached by political parties in the run-up to the 2019 General Election but is unsure whether she has the “competence” and “selflessness” for it. As she told me in a July interview, “I don’t know enough about politics to be good at it. I may have cultivated a100 mini superpowers but to be a leader in India you have to be selfless, without family baggage, with no weakness at all. And be totally dedicated, have that much time and passion. Can I be that person?”

She is certainly not afraid of speaking of her relationships in the past, even wishing she had had the foresight to have taken photographs to establish who harassed her and who hadn’t. Or perhaps of her affair with a “silly ex” aka Hrithik Roshan. That case has led to much he-said/she-said, and has included a court case to verify the email exchange between the two stars who worked together on Kites (2010) and Krrish 3 (2013).

Gaslighting of the woman is usually the preferred option in such a case where, for whatever reason, the man wants to deny a relationship, but Ranaut is not known for rolling over and playing dead, something older stars such as the outspoken Raveena Tandon approves of. As Tandon wrote in her 2016 blog: ‘In the 1990s, this was so prevalent. A married actor would have a discreet affair with the young heroine he was working with and expected the girl to show no emotion or sign of involvement. And God forbid, if in a weak moment, she did show (it), all hell would break loose. She would lose films with the co-star, not be spoken to by the hero and his camp, and get removed from whatever movies she would have with him and ‘his people’. And then would follow a spate of threatening interviews with her under pressure to keep quiet and watch her life and reputation being torn to bits while the hero would tarnish her name and reputation, and in some interviews to prove his machismo even threaten to ‘break the girl’s face’ if she spoke about him.’

Ranaut, in contrast, is fearless. And it is this courage that informs her career choices. After her breakthrough role in Queen (2013) where she played a woman who was abandoned at her wedding going off on a honeymoon by herself, she could have chosen the easy option of playing small parts opposite big male stars. But as she told me, “I had tasted blood, I had seen the love and appreciation and now had the confidence in being a brand of my own.” Whether it is Tanu Weds Manu Returns (2015) or Rangoon (2017), she has always gone after movies that do justice to her considerable talent. She is now awaiting the release of Panga with Ashwiny Iyer Tiwari.

Milan Luthria who directed her in Once Upon a Time in Mumbaai in 2010 nicknamed her a ‘chameleon’ when they worked together because of her ability to transform completely for each character. And now, he says, she has carved a niche for herself that is truly unique to her. Her Tanu Weds Manu co-star R Madhavan calls her hugely talented, very experienced, sharp and astute. “There is never a dull moment when she is around. Her commitment is absolute,” he says.

Which makes film scholar Datta wonder about her tireless presence in tabloid columns and gossip shows. As she says: “I love the irreverence she has for film families, the male-dominated industry and the sense of privilege that the ‘right’ DNA brings. She had a tough time as an outsider in her early years. She has been outspoken about that which is great. What is not so great is to have all her laundry washed in public. Unfortunately, this sensationalism only gives space for people to be dismissive and to label her hysterical and attention mongering. She is intelligent, a quick learner and can easily learn to be more discreet and still make her point. Social media and film gossip certainly keep a star going but does Kangana need this?”

Ranaut seems to have decided her place in Bollywood—a permanent outsider who can play the game better than most insiders. Whether it is her sister Rangoli’s relentless needling of star children or Ranaut’s run-ins with the media, she is never far from the headlines. But also, she is never far from being the first choice of anyone looking for a strong female lead in an industry powered by commerce and therefore suddenly interested in women-oriented cinema. “I want to be someone who was a real player,” she told me, “Someone who made content from scratch.”

And yet she doesn’t want her life to revolve around her work. She isn’t sure of marriage, or of wanting to be in a relationship that sucks the “life force” out of her or even of having children, now that she has an adorable nephew. But she has her spiritual practice, a deep companionship with her sister, and the certainty that though Bollywood is “vile”, “worse than a little village” which will always look askance at a “mountain girl”, she has found a place in it. “I am aware of my environment, of my countrymen and women, of my nation. And as good an actress as I may be, I cannot be greater than my country. My art may be as good as anyone else’s but until my country is perceived as being big, it won’t matter. That is what makes me a nationalist.”

And a true artist. A woman not afraid of solitude, of not playing victim, of wanting to be in charge, and of never, ever running away from a fight. 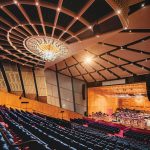