In the Name of Cinema

Despite the controversies, the independent film flag was held up at the International Film Festival of India 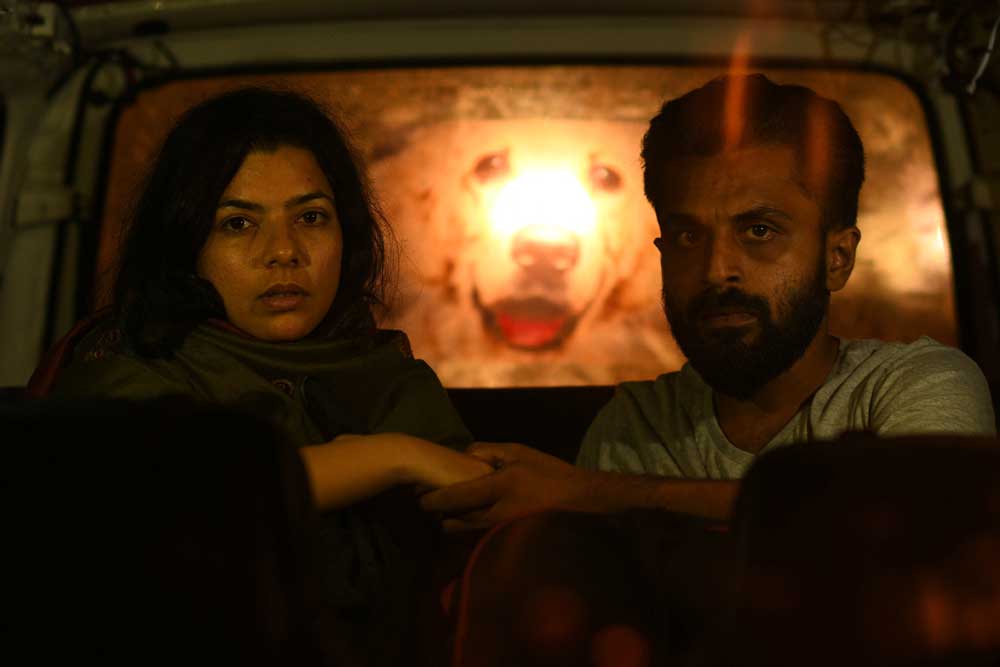 The fight for good cinema continues. Amidst the lashing waves and swaying palm trees of Goa this year, I saw a big haired, kurta-clad man trying hard to keep his head above the waters. Here was a filmmaker fighting an entire system of political bigwigs so he could screen his film at the International Film Festival of India (IFFI) held from 20 to 28th November. Usually November means celebration and congregation of all kinds of cinema under one umbrella in Goa. The only difference this time was that much of the festival’s glory seemed to fall short before the undying conviction of Kerala-based director Sanal Kumar Sasidharan and his team (actors Kanan Nayar and Rajshri Deshpande.)

When most of the delegates walked from one cinema hall to catch different films, Nayar and Deshpande walked to the offices of bureaucrats who refused to re-evaluate the ministry’s decision to drop their film Sexy Durga (changed to S Durga) from the screening list. The film that has travelled to almost 70 different film festivals, has given our Information and Broadcasting Ministry sleepless nights over its title and subject. Despite getting a green signal from the festival jury, S Durgaincluding another Marathi feature named Nude was not screened at IFFI. The Kerala High Court’s decision to allow S Durga to be part of the festival was ignored by IFFI authorities. On the bright side, in my 10-year stint of covering IFFI, I do not remember a single film that has been spoken about this widely even without really being part of the festival.

“We are fighting, and we will until the very end. I am told that the subject of the film will hurt religious sentiments. But all the film is doing is drawing parallels between how we worship our goddesses in the name of religion, and abuse women who are the very representation of these goddesses in real life. Film festivals are meant to showcase cinema of thought and films with a strong point to make and that’s all our film is doing. There are people from across India who have come in the hope that they can catch our film including others at this festival, and it’s a mystery why the film is being boycotted among so many Indian and international films,” Nayar says in between sips of chai outside the festival gate. All Manish Desai, the director of films division, IFFI says was, “It’s up to the ministry. Not in my hands to screen any film against orders.”

What I witnessed in Goa reflects the current climate against filmmakers across India. They are being arm twisted to change titles, chop scenes, hold special screenings and even move release dates of their films to please political parties, and just to keep their creative expression alive. Ironically I also saw a whole gamut of budding new storytellers at Goa’s Film Bazaar almost readying for this very fight in the near future. While on one hand at IFFI, filmmakers are being forced to conform to the norm and play safe with their subjects, at Bazaar these very stories are being groomed for release into the world. NFDC (National Film Development Corporation), a parallel arm of the Indian government that runs the Bazaar is encouraging stories from all walks of life (irrespective of subjects that may cause ‘offense’) by supporting them both creatively and financially to the stage of completion.

At Bazaar filmmakers are not struggling for permission to keep their independent expression alive, but the struggle is for money and for their films to reach a much larger audience. In fact it was at Bazaar in 2016 when we saw films like Sexy Durga and Newton pick up accolades. Today, a year later, S Durga is creating a community of fans of its own and Newton, of course, has been hailed as the best Indian film of the year. For director Sanal Kumar this is a full-circle of sorts. “I was looking for funds to finish S Durga and to take it to festivals last year at the Bazaar. I couldn’t have asked for a better platform. But look at me now, having to struggle for the film at every step. What I’ve observed is that when a film like this is revered internationally, I am expected to prove to my own countrymen the message I am trying to give. We are surrounded with opinion makers and moral flag-holders who will not even give the film a chance before the audience,” he says.

It almost feels as if independent Indian filmmakers do not have to censor themselves in a space like the Bazaar, because here is a community of international film curators looking for something they haven’t seen before. Way beyond the boundaries of religious sentiments and moral discourses, filmmakers here can tell it as it is. They can expect their work to be screened in front of a global audience like Venice or Toronto. Like for Canadian film critic Cameron Bailey, the artistic director of TIFF (Toronto International Film Festival), a good Indian story is as good as it gets. Bailey has been coming to India to handpick films for his festival for the past five years and has not once gone back disappointed.

“My opinion of the cinema climate in India is that of an outsider, but I feel like there is a desire on the part of filmmakers to take more chances and be more radical in their representation of the very present social reality right now. People are living modern lives, against forces of conservatism and sometimes we get films that are able to get past that. Like Lipstick under my Burkha that showed the life of an older woman who takes pleasure in her sexuality. That’s new and pretty bold coming from India. As someone who has seen the indie cinema wave within the country grow from small to big, I feel like more such stories need to be told. Today they are one in a hundred, but that number needs to go up and I am positive that it will,” says Bailey.

There’s a reason he says that. When it comes to breaking new ground, the crowd at Bazaar is fierce and feisty enough to go to any lengths so that their story is heard. These are the stories of today and these are filmmakers who are not looking to turn into cinema legends, but to contribute to change. Like Neelam Singh whose 15-year-old daughter Swadha has made a film named Pustak about the lack of schools and basic education within the Naxal ridden areas around Faizabad (UP). Swadha is perhaps the youngest filmmaker the Bazaar has ever seen and that is proof of change. “She wrote the script when she was 13 and shot it two years later. She gathered her cousins and friends, went to these villages and worked with children from the schools that were once running. She was so affected by how these kids are being denied the right to basic things like books and food that she wanted to tell their story through a film. I’m here at Bazaar and she’s back home studying for her exams, but I hope many young filmmakers will take inspiration from this,” says Singh who sees her daughter as among the bright future filmmakers of India.

Joining little Swadha are an array of strong stories and storytellers from various corners of the country waiting for their films to be picked up.  The Bazaar favourite was Soni—the tale of two female cops in Delhi dealing with the heavily patriarchal structure within their work place. Another favourite was Nino about a 34-year-old woman dealing with her body image on one hand and her desire to adopt a girl child on the other. And another one called Balekempa (The Bangle Seller) about a man selling bangles who desires many women in the village, but has difficulty expressing his desires towards his own wife. “These are stories from our own lives that most of the people in India are clueless about. We cannot mention sex in our village, we will be ostracised. But that is what fascinated me towards how the male mind works under this much oppression. He will act out at some point, and that’s what we see happening in society today. I have just tried to reflect that in my story,” says Ere Gowda the writer-and director of Balekampa who is also the writer of the much-acclaimed Kannada film Thithi.

What’s encouraging is that each of these filmmakers are just a few steps behind those like Sanal Kumar, in fact in the hope to join him and the likes. Their individual struggles might be different, but as independent filmmakers they are all moving towards the same goal. For someone from Meghayala like filmmaker Dominic Sangma the fight is not just being off the mainstream in terms of his story, but also the region he belongs to. “There are at least six-seven good north-eastern filmmakers here at the Bazaar and at IFFI and these numbers are increasing. Honestly, despite having won a national award for my short film, there is little support for filmmakers like me in my state. My film is being co-produced by a friend from China, because she sees what the people around me don’t see. I am the youngest of eight siblings and my film Maa’maa is telling the story of my mother’s loss. My own family was against my idea of doing this, but I am still going ahead because I believe it’s a story that needs to be told,” says Dominic.

In the midst of all this I heard someone at Bazaar was selling Artificial Intelligence-based technology that will help create a graph of emotions that a filmmaker should follow for a hit script! Now that would really be the death of storytelling, but till then the market of cinema will still be open. Film festivals like IFFI will still celebrate their 49th and their 50th years and the list of movies on their manual will still not manage to surprise the patrons. Young, restless filmmakers will still carry trailers of their little dreams on their laptops waiting for the world to watch them. Many films like Sexy Durga will still stand out as examples, and many won’t. As Himanshu Malik, one of the many here telling a story puts it, “No one is going to listen to you if you don’t make a noise. It could be through your films being screened or being banned. It could be through a flop or a super hit. It could be through 10 people who turned up to watch what you had to say. What’s important is that you keep rolling. Come what may.”