I Defied the Couch

There comes a moment in an actor’s life when she has to make a choice: give in or stand up to power. Divya Unny tells her story 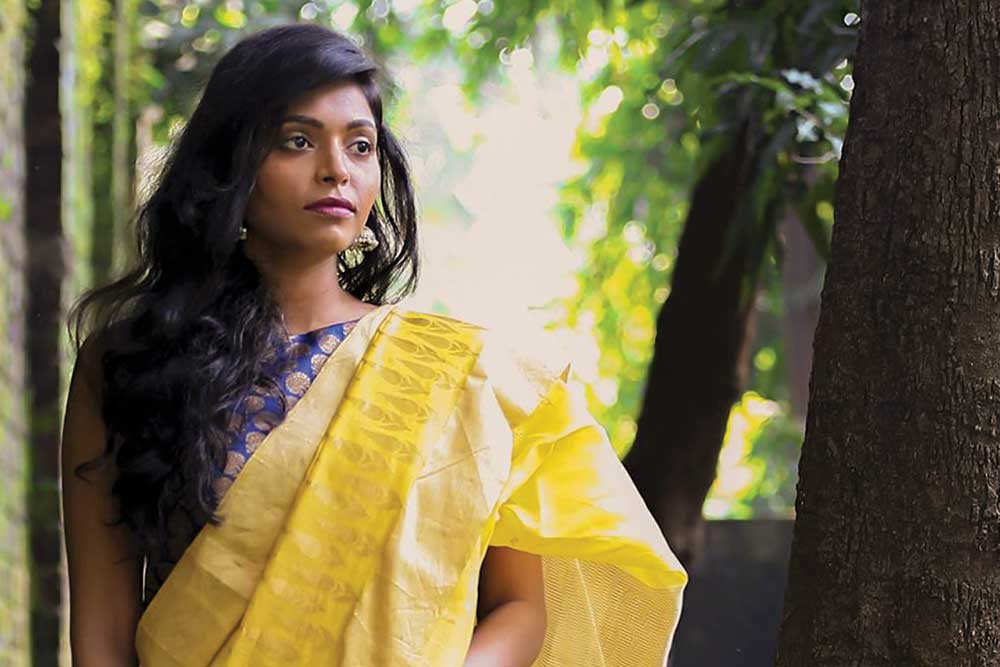 THE YEAR WAS 2015 and I was just wrapping my head around a massive career shift from being a journalist to an actor. I’d gotten my first break in a film named Traffic opposite Manoj Bajpayee. It was clearly the opportunity of a lifetime. My director, my crew and even the film itself came from my own home state Kerala, and I couldn’t have felt more at ease on the sets of my debut venture. “You should definitely try for work in Malayalam cinema. You would really fit in,” my director Rajesh Pillai often told me during breaks on set. Unfortunately, I took his word for it.

A few months after the film wrapped up, I got a casual text from a popular film director in Trivandrum. ‘I am shooting for my next feature. Would like to meet you for it. Do send some photographs.’ The text was to the point. I discussed it with my father, who thought sitting in Mumbai is not exactly going to land me a gig down south. “You are an actor, they need to see your skills in person,” he said and I agreed. Without a second thought, I booked a flight to Trivandrum and landed up for the meeting. The filmmaker I was supposed to meet was shooting for the day, and said he would catch up with me over dinner.

It was about 9 pm when I confidently walked into his room and introduced myself. Here was a man who had won the national award and directed some prolific performers down south. Something substantial would come out of this meeting, I told myself. I patiently waited for him to finish sharing his tedious shooting experience of the day and then I asked, “Sir, I thought you had a role for me in this one. Isn’t that why you called me?” He responded with a question, “What do you really want to do?”

That was a weird question coming from a director who already knew I’d shot my first feature and was pursuing theatre in Mumbai with a passion. I still obliged by repeating myself. “I want to act. I thought you knew that.” The conversation that followed wasn’t something I was ready for. But I would be lying if I said it hadn’t crossed my mind. “Just be careful. You’re meeting him in his room,” a friend who I had met earlier that evening casually remarked when I mentioned the meeting. I was going with a strong reference, so I dismissed his warning as paranoia.

I wanted to be positive and not meet this guy with pre-conceived notions, but I was wrong. With a broad smile and utter blatancy, this man looked at me and said I’d never make it in the South industry unless I offer sexual favours. Yes, he said never. In fact, to make his point, he drew up a list of very popular actresses down south who according to him had done the same. He even suggested that the photographs I sent him were provocative enough. I wasn’t as aghast at what he said but at how confident he was about breaking my morale. He failed, obviously.

Right then, at that very moment, I saw patriarchy stare at me, probably for the first time in my life. I’m the younger of two girls born into a fairly liberal household and I never really experienced discrimination of any form while growing up. I was encouraged to study as much as I wanted, to be financially independent, and to never tolerate any inequality or exploitation, gender based or otherwise. Amma would always say to me, “A man will never know what you are worth. As long as you do, you will be fine.”

So why then was I sitting in that room listening to a powerful man tell me the cost of my dreams? I don’t know and I don’t feel responsible for it. I could have felt victimised, but I didn’t. I thanked him for his time, made him book me the first flight back to Mumbai, and almost forgot about the incident by the next morning. I had to get back to doing some real work and it wasn’t worth spending my energy over.

He even suggested that the photographs I sent him were provocative enough. I wasn’t as aghast at what he said but at how confident he was about breaking my morale. He failed, obviously

I’d heard stories about the south Indian industry being notorious for the casting couch. But at times ambition forces you to put blinkers on. Today, I wonder if another girl in my situation would have reacted the same way. I’d say I was in a stronger positionthan most newcomers who may have been in my shoes before or after I left that room. I am a journalist, I already had many from the film industry rooting for me, and most of all I did not want to ‘make it’ that bad. I still don’t. But it did give me a reality check.

I never felt like talking about this then, because I wanted to prioritise my work. But today when social media bursts with brave female actors sharing their experiences, I feel I have the responsibility to share this.

Yes, the world is full of Harvey Weinsteins and I learnt this very early on. Vidya Balan once told me how she evaded unreasonable demands because her body language was intimidating enough to let people know she can’t be messed around with. That advice has carried me a long way. Thankfully, we aren’t part of the 80s and 90s Bollywood where there was no semblance of any structure when it came to approaching a director or producer. Today, matters are more streamlined. At least within the Hindi film industry, there is a full-fledged community of reputed casting directors who make sure your work reaches the right people. You may meet the one-off director or producer who may expect something extra, but you cannot let them discourage you.

The ‘casting couch’ is a glamorous term and many believe it belongs to the film industry alone. But violating a young ambitious person who may look up to you for work is a choice people make irrespective of professions or gender. I once heard that the editor of a leading Indian newspaper is known to invite his new female interns for a leisurely evening drink or dinner, and many of them oblige for fear of losing their jobs. If you’re an upcoming male or female model in Mumbai, it’s highly unlikely that you haven’t been offered to warm the sheets of a popular designer, by lure of a spot in his next big ramp show. The corporate world is rampant with stories of promotions that have been offered by trampling professional ethics.

I remember interviewing a popular Indian actress over the phone. She blanked out when I asked her about her numerous films down south, before she made her mark in Bollywood. “It’s not worth talking about. It’s a time I never want to revisit,” she said to me. I wondered if she ever regretted her experiences. I wondered if there’s some part of her that’ll stay locked up forever because at some point in life she chose to measure her dreams higher than herself. “I’m happy with what I’ve achieved and I’m not keen on looking back,” she then said to me.

Even today, we are far from coming out and naming sexual offenders the way Hollywood has. No popular Indian actress will do that, because her career will be on the line. Social media is a strong tool, but it’s still a chance very few are willing to take. A famous actress from Kerala recently took down a superstar like actor/producer Dileep by lodging an official complaint against him (about orchestrating an assault on her). Kudos to her for paving the way, and hopefully she will be seen as an example.

What I’ve learnt in my four years as an actor is that there’s always a moment when you take that call to give in to someone who thinks he or she is more powerful. There are many girls and boys who come to Mumbai with big dreams, wondering if this is the only way out. I’d like to tell them it’s not true.

Thankfully, the time we are in today is probably the best time to be an actor in India. The last five years especially has almost changed the very definition of your big break in films. Gone are the days when five powerful men decided the fate of newcomers, depending on what they got in return. Today you can pick up a camera and express yourself; you don’t need a multi-crore film production house to endorse you. If you’re good, there is always someone watching your work. Yes, if you’re an outsider, it’s going to be that much more difficult, so deal with it. I doubt if Sridevi’s daughter or Shah Rukh Khan’s son would ever be propositioned the way I was. Probably not.

It’s important to know there’s a growing community of creative minds who are telling stories for passion, nothing else. Empower yourself enough to be part of that community. It’s what I did and intend to continue doing. It may not get you instant success, but at least you know you are doing things on your terms. In the middle of all this if anyone asks to ‘discuss’ your career over a drink, remember you can always say NO. I did.