From the Frontlines With Love 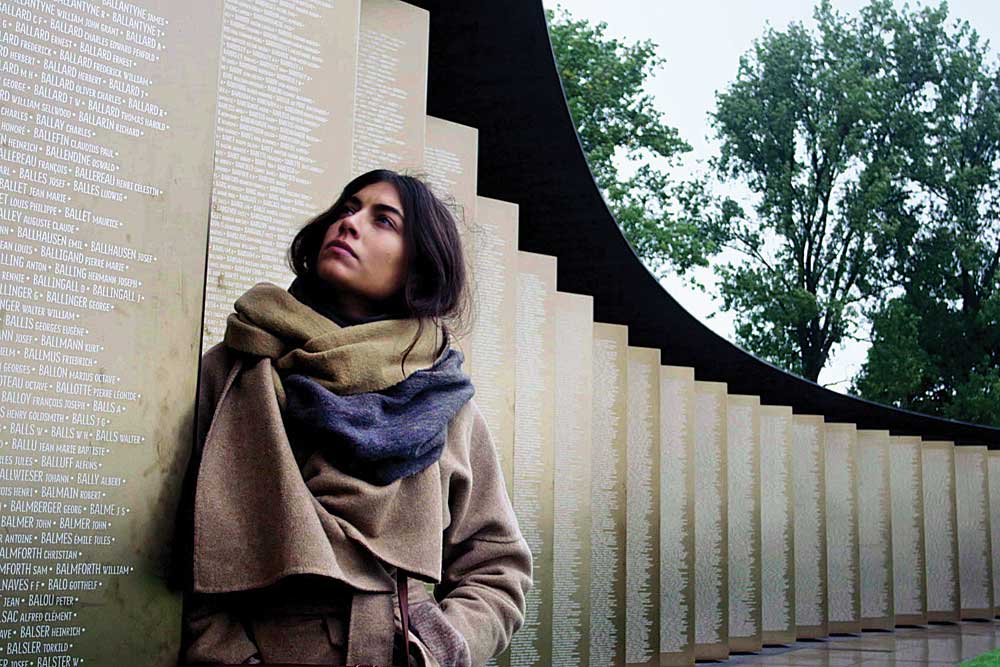 “WHEN IT comes to a film on the World War, it should be a world film,” says Vijay Singh, the maker of Farewell My Indian Soldier. Produced by Silhouette Films and Rajya Sabha TV, the film captures, perhaps for the first time on screen, the travails of 140,000 Indian soldiers who fought for the Allies in World War I. It also traces their journey from Marseille, Ypres, Brighton, Paris, Lille to Chamba, Hardwar and Jaipur.

The film is narrated through the character of a young French woman, played by Paloma Coquant, who is on a journey to find information about her great-great grandfather, an Indian who came to Europe to fight in the war. The film carries interviews with historians, World War I experts and military generals, apart from live testimonies woven together with rare archival materials and evocative war songs.

Singh traces the perilous trail on which Indian soldiers embarked as they moved from terrain to terrain, braving harsh weather and uncertain times. Through all of this they maintain their caste differences, while also developing affection for local women. Some of them had intimate relationships with French women during the time they spent convalescing in France, which often resulted in progeny, who were then ostracised by society.

The film opens with the question; “How could people be so unjust to a soldier who had actually come to defend them in their hour of need?” posed by the character of Paloma Coquant. The question also underlines the ignorance of the world with regard to those who went to fight another man’s war.

However, the film brings to fore some evocative and tender moments during the war, like the Indian soldiers who had to fight wearing loose long johns fixed with safety pins, or their adeptness at making hand grenades from empty food cans when the British Army was short of arms.

The reaction of the Indian soldiers to the oriental opulence of The Brighton Pavilion, UK, a former royal residence that was converted into a hospital during World War I, is tragicomic. The venue was chosen because the British felt that Indians would feel more at home there. After having experienced the toughness of the terrain, they unexpectedly found themselves within these ornate walls, complete with chandeliers and wallpaper with oriental Chinese motifs. Fascinated by these excesses, a soldier exclaims, “If there be a paradise on earth, it is this, it is this!”

The film shows that these men weren’t mere foot soldiers of war, it takes us into their lives, showing us the relationships that they built and the experiences they lived through. These impressions were documented through several letters and postcards that survive. In the French barns where they were sent to recuperate from the strain of fighting, they were looked after by French women through whom they came to know French society. They developed friendships and sometimes intimate relationships with them.

The film brings to fore some tender moments during the war, like the soldiers who had to fight wearing loose long Johns fixed with safety pins

Observing that both men and women in French society were educated, they wrote to their families to encourage and educate the girls and not just the boys. Dr Santanu Das from the Department of English Literature at King’s College London, says that Indian soldiers were struck by the sense of equality in French society. “The Indian soldier’s encounter with French culture makes the Indians challenge and reconsider their own attitudes to class and caste.” They even sent money to India to fund schools. Das adds that these soldiers came back politicised, with a sense of dignity and with a sense of their rights as human beings.

Though much of the film is set in Europe and told through archival material, what makes it endearing are the war songs used in the film, including Dehi Shiv Bar Mohi in Haryanvi and Murh Ya Lama Ton, a folk song in Punjabi, written especially for the war. In these songs (sourced from the Haryana Academy of History and Culture for the film) a woman urges her husband to return home. Woven intelligently into the narrative, the songs respond to the emotions that the historical archives, places and interviews evoke.

Made on a budget of €3,50,000, the film took almost five years in the making. Starting from Singh’s visit to the memorial for Indian soldiers at Neuve Chapelle, France in 2011, where he first came to know about the important role played by the Indian soldiers, to making the first contact with descendants of Indian soldiers living in France two years later, to researching and making the film. “After my visit to Neuve Chappelle, I was given a book on Indian soldiers of World War I and I decided this history had to be told,” says Singh.

Singh says when he first met Monique Soupart, a descendant of an Indian soldier of the war, she was so excited that for half an hour he had to convince her that he was only a director and not a family member of a soldier. “It was a really moving encounter,” he says.

Soupart’s great-great grandfather was a son of an Indian soldier. Her discovery of her foreign ancestry becomes the starting point of the film. Soupart came to know that she is of partly Indian descent during her pregnancy when she was in need of blood. When the blood match couldn’t be found, the nurse asked her if she was really French, because her blood group was rare. Paloma Coquant, playing the character of Soupart, then embarks on a journey to trace her ancestor’s story. The film ends in Chamba valley, where an annual festival set up by a widow of World War I martyr continues till today.

Most archival material was sourced from the Imperial War Museum, British Library and British Pathé. “Buying rights is expensive,” says Singh. “How come we are living the colonial legacy, that our soldiers first go to defend a war in Europe which is not theirs and we have to buy rights to see their faces?” he asks.

The film essays the lives of those who have only been names engraved on memorials in Europe and India. The docu-fiction style not only makes history more accessible to the layman but also embeds it into the viewer’s conscience, layering this aspect of Indian history with emotional touches. “I really love the fact that I have been able make the film that I wanted to make. Otherwise somebody would have forced me to make a documentary, which would have put the archives and history together. I wanted to make it a film like my other films are, there is always a mix of history and romance,” says Singh, who has previously directed films like Jaya Ganga, India by Song and One Dollar Curry. Perhaps that is why the film recreates history with such a keen sense of poetry.