Dev Patel: ‘An Anthem for Mothers and Sons’ 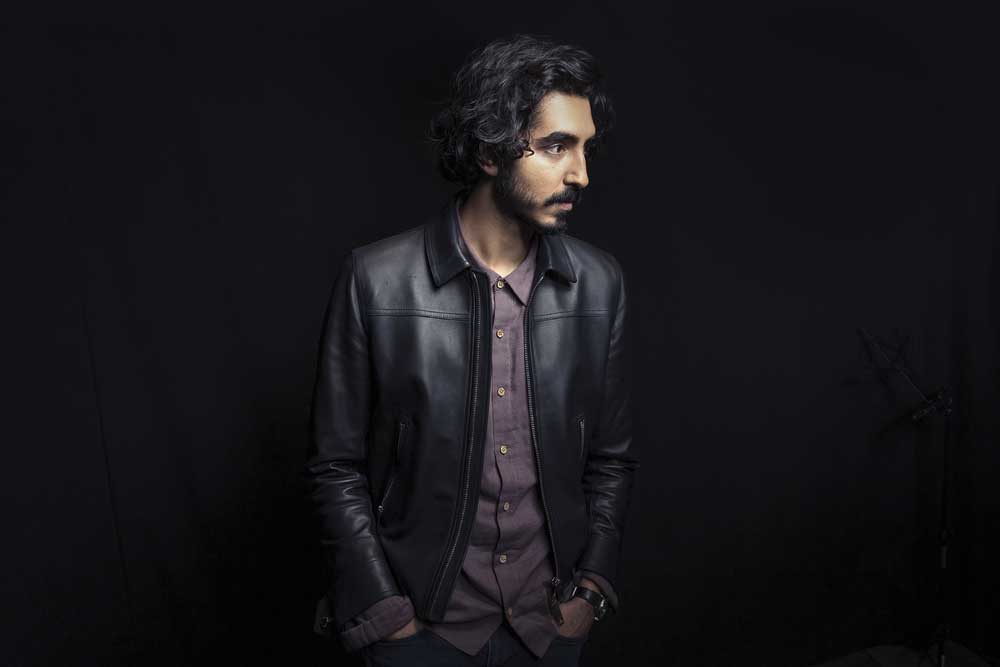 IT’S BEEN A two-and-a-half-month long rollercoaster ride for Dev Patel with many stops along the way, including an Oscar nomination for Best Supporting Actor for Lion. The ride came to an end on Oscar night; the golden statue was not to be his, but he did win a BAFTA, the British equivalent of an Academy Award.

Lion is the story of five-year-old Saroo from a village in India who suddenly finds himself on a train headed thousands of kilometres away from home and is hurled into the arms of bustling Kolkata. He must now learn to survive on the harsh and cruel streets of the city until he is picked up and taken to an orphanage. His life takes a turn for the better when he is adopted by an Australian family. But when he becomes an adult, he has a burning desire to find his birth mother and elder brother. The movie chronicles his amazing journey back to India, where he is reunited with his mother.

When we meet at a hotel in Beverly Hills, California, 26-year-old Patel is friendly and soft-spoken with an air of assurance about him. He opens up about falling in love with Mumbai, and wanting to be Bruce Lee.

You are of Indian decent and were brought up in the UK. Did you ever have an identity crisis?

This is probably the project that I had the biggest connection to. As a 26-year-old British-Indian guy, this was a character whose journey really mirrored my own. Growing up, I spent a lot of time trying to shun my cultural heritage to fit in since I didn’t want to get bullied. I didn’t want to stick out, I’d do anything I could to be like everyone else in England. And when I went to India with Danny Boyle to shoot Slumdog Millionaire, it was really the first time that I had been there since I was a young adult, and it was completely that light bulb moment, all those stigmas that I had were dispersed right away; it pushed me into another level of consciousness, and since then I’ve gone back and done five films and it’s been a love affair. Saroo’s (Lion is based on Saroo Brierley’s book A Long Way Home) driving force for his journey is to go and reconnect with his roots, his identity, and I could really relate to that.

When did you first visit India? Was it for Slumdog Millionaire?

I went to India when I was 10 years old, dragged there by my parents to a wedding. I didn’t really like it. I went to Gujarat… like more a villagey area. I literally got bitten to death by mosquitoes and I had a dodgy stomach. So I turned to my sister and said, ‘We are not coming here again.’ And now, working in Mumbai, I literally fell in love with it. I know it sounds cheesy but I mean it’s hard not to, because you are surrounded by people, humanity and if you are human, you’re going to love humans. I was 17 years old then. I told everyone I’d matured five years in the space of five months.

Do you know anyone whose life has been affected by this narrative?

Saroo and I went to the Google headquarters in San Francisco to give a talk there, and there was a young Indian girl, a Google employee, who came in to meet Saroo, and it was profound. She had been left on a train with her two sisters while her mother went to the toilet, but her mother never returned. She and Saroo stayed alone in the room, they had so much to talk about. She told him that this movie means so much to her. It is stories like this that make it all worthwhile.

Growing up, I spent a lot of time trying to shun my cultural heritage to fit in since I didn’t want to get bullied. I’d do anything I could to be like everyone else in England

Does a project like this change your perspective towards your parents?

I realise that I keep gravitating towards movies that I know that my mother would want to see. When I did Marigold Hotel, my mother worked at a daycare centre for the elderly. And as a kid I would go there and play dominoes with all the people in there, and I would sit there and look at her and think, ‘God, you are a star’, the way she looked after those people and the way they looked at her, so that film for me was special. But with Lion, at the core, it’s a mother- and-son story, and there are two pillars here: there’s the Australian mother and there’s Priyanka (the birth mother), two pillars, and the roof that connects them is the boy who won’t give up at nothing. This is a beautiful message and I was lucky enough to take my mother and grandparents to the premiere at Odeon cinema in Leicester Square. It was the most amazing moment because I walked past Odeon Cinema to get signed by my first agent and my mom and I stood out there for three hours just to see Will Smith at the Hancock premiere. And I got a picture of his forehead when he bent down to sign things. Now, I was there with my mom and sister and my grandparents and there was my goofy mug on these posters in Leicester Square with Nicole Kidman. The film is an anthem for the family, and mothers and sons for sure.

Tell us about your parents.

My parents are the perfect yin and yang. My mother is the driving force and my father has a silent strength, the strength behind my mother. He is a man of less words. Being a child of immigrants, what is instilled in us is ‘Through hard work you will see the fruits of your labour’. So, that has been instilled in us—work, work, work. And my mom does it, my dad does it, and that is what I have tried to apply to my work.

Is religion an important factor in your family?

I have grown up in a spiritual family. We have a little meditation room in the house, and we have lots of Hindu gods in there. And then my mother goes to Lourdes in France and she brings back the holy water from there. And she is hail Mary-ing if I drive the car too fast. She’s a woman of the world, really, and she has given us that. We have gone to Mass and the whole thing. But you know, I met this taxi driver once in New York and I was going to the airport and we were just talking for some reason about life. And he said to me, ‘Instead of doing things in the name of God, why don’t you just add another O in God and what does that make it?’ And I was like, ‘good?’ And he said, ‘Yeah, you should do things in the name of good,’ and I was like, ‘That’s cool, I am going to take that.’

Besides acting, you are also involved in martial arts. Do you practice a lot?

I used to do a lot better. I haven’t kept it up, but I did it for eight years, Taekwondo. It was actually my parents who got me to do it because I was such a hyperactive kid and that was a way to channelise my physical energy. I’m a big Bruce Lee fan. That is why I started acting. Once at home I went downstairs way past my bedtime and I saw this Asian man centre screen bursting with testosterone, and it was Bruce Lee, and I was like, ‘I want to be like him.’ So, that is why I got into martial arts too.

What are your grooming habits?

My grooming habits? Oh, my lord, I think that this is the first time that I’ve ever been asked that question. My friends and family would laugh out loud because they know that I’m the most un- groomed guy. My hair has its own kind of anti-gravitational pull and it is just the way it grows away from my big ears. But hey, moisturise! I can’t believe that I’m talking about this. Any moisturiser left on your hand you put in your hair, and that’s about how far grooming goes.

On that note we end the conversation and Patel walks out of the room still smiling at his answer… or is it at the question itself?